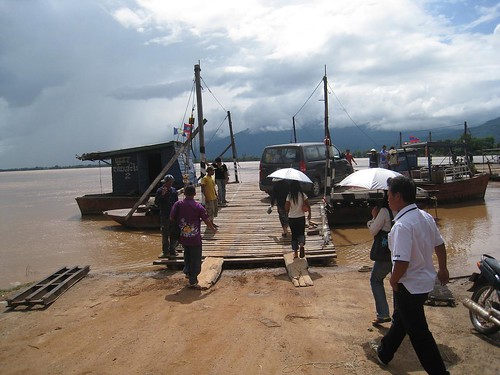 After two nights on Don Det, the 3 Parisians and I headed for Champasak. We took a small boat back to the mainland, keenly aware of the strong and swirling Mekong currents. Noy, a Lao-Canadian, was in the back of our boat, wearing a life-jacket because he didn't trust its ability to stay afloat. The rest of us were probably too naive about the 10-minute ride. 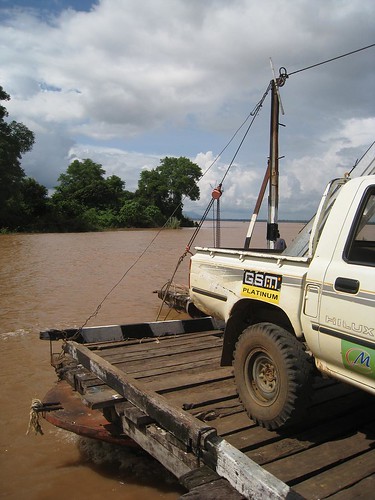 After a short minibus ride north, we arrived back at the shores of the Mekong River, though this time we would be crossing it on a Frankenstein ferry. Noy had warned us about the ferry, and true to his word, it appeared to be a bunch of 2×4's slapped atop 3 boat hulls. 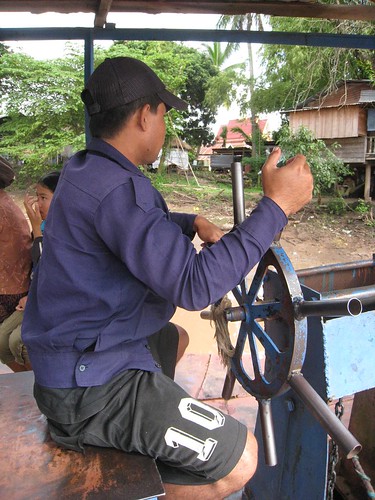 Surprisingly, we survived the 15-minute river crossing aboard the makeshift ferry, of which there were many more lining the shores should there be a sudden rush of people and vehicles. 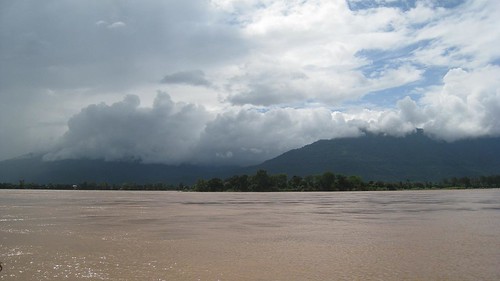 The scenery was beautiful though, as it felt good to be around cloud-covered mountains again. We took a tuk-tuk to a guest house along the river, and relaxed. Relaxing to the point of being comatose may very well be Laos' national pastime.