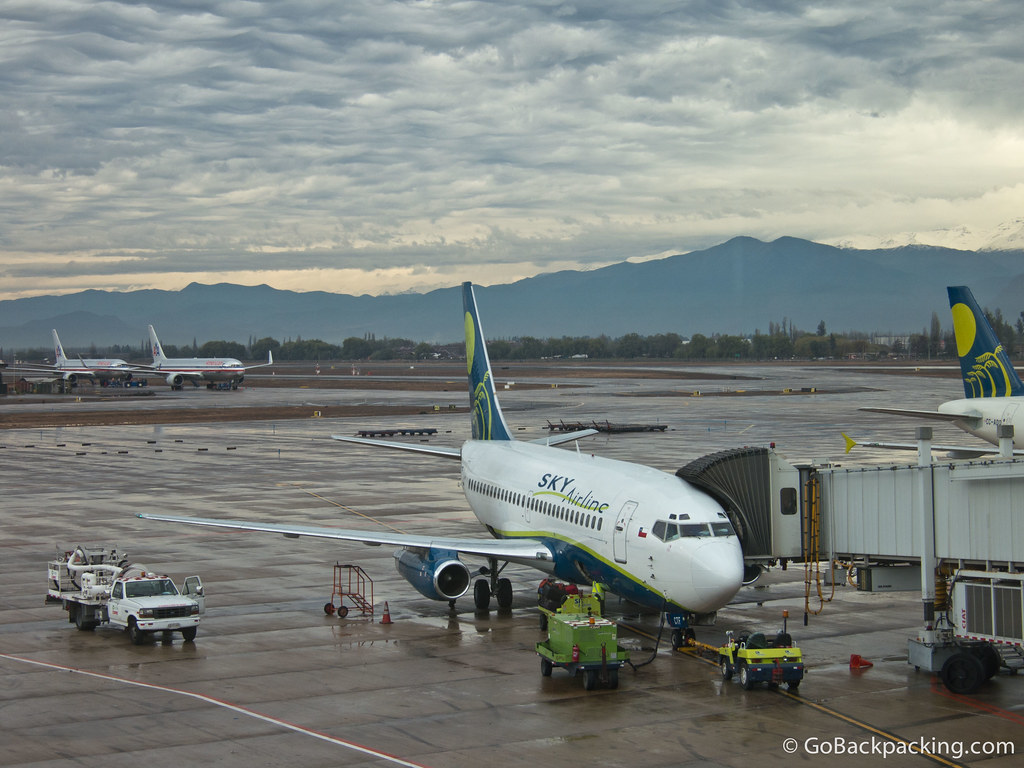 Last May, I boarded a Sky Airline flight from Santiago to Calama, in northern Chile.

Calama is the nearest airport to San Pedro de Atacama, a small pueblo in the middle of the Atacama Desert.

The first flight took an hour and twenty minutes to go from Santiago to Copiapo. After a brief layover, we then flew another hour further north to Calama.

My flights delivered me from Santiago to Calama in two and a half hours, whereas the bus, though cheaper, takes 24 hours.

And from what I've heard, it's tedious and boring (you're driving through the desert after all), so do yourself a favor and spend the extra money to fly. 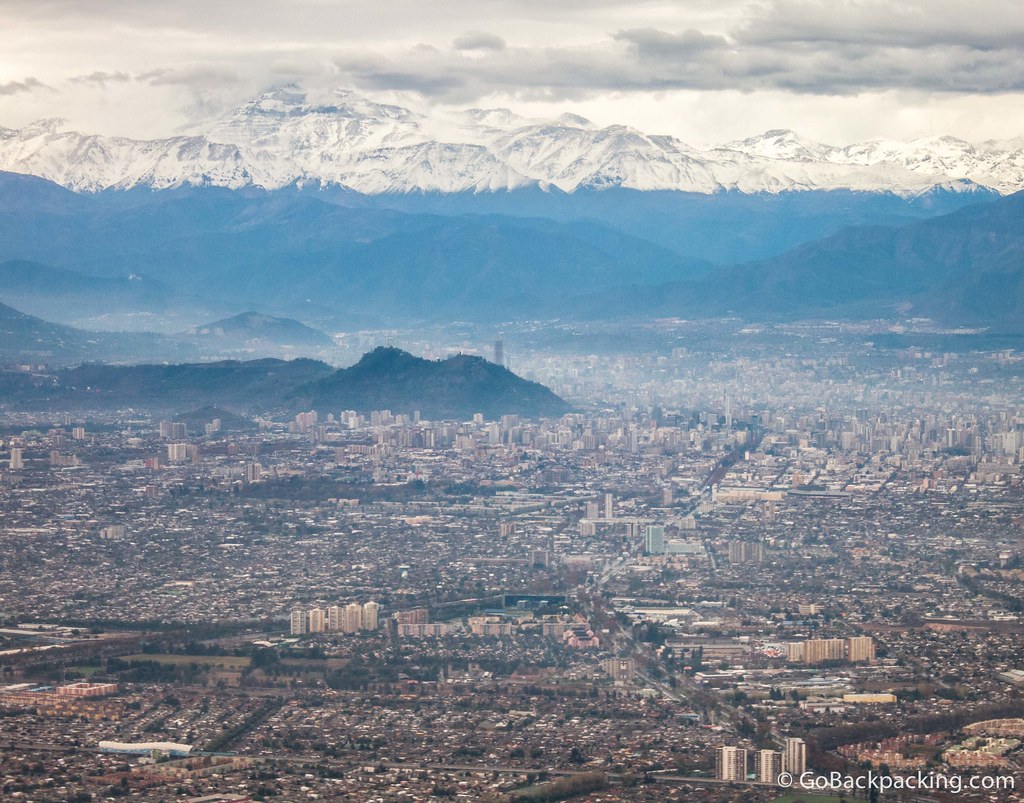 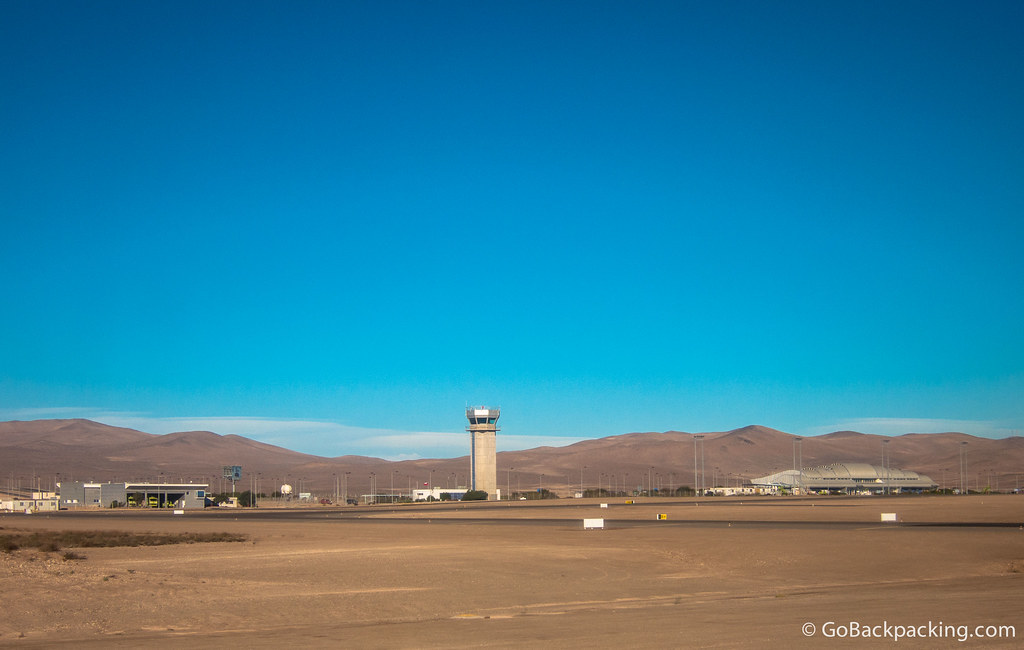 My first flight landed halfway between Santiago and Calama, at the Chamonate Airport which services the city of Copiapo 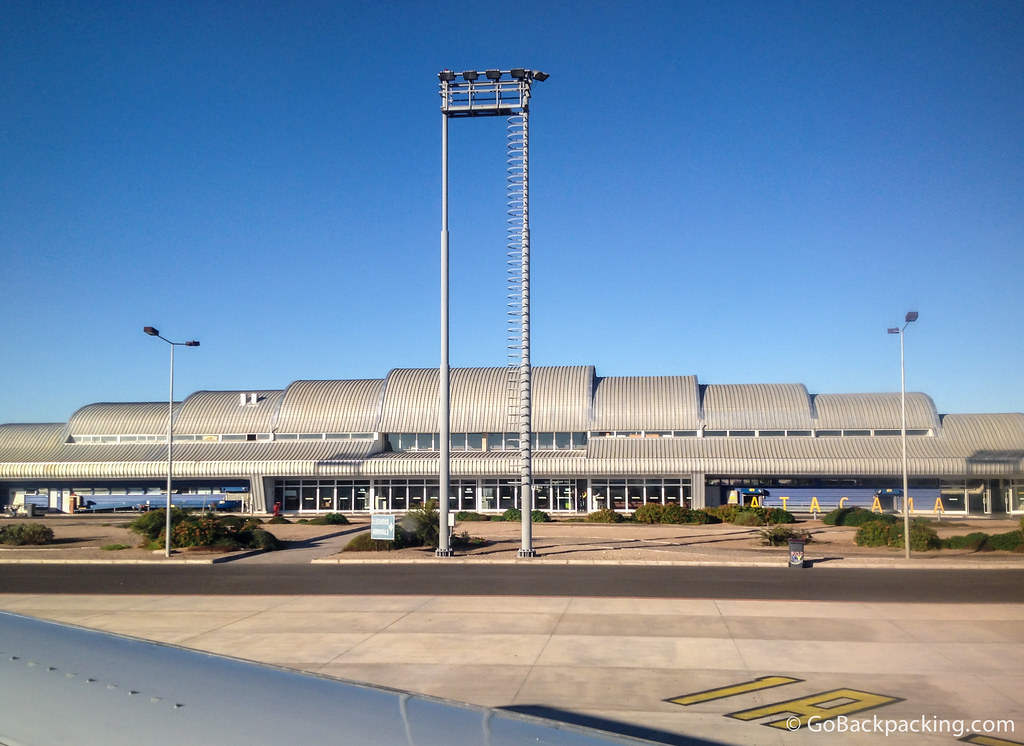 The airport terminal's roof is shaped like waves, or perhaps they're meant to mimic sand dunes, as we were clearly in the desert by this point. A yellow sign toward the right spells “Atacama.” 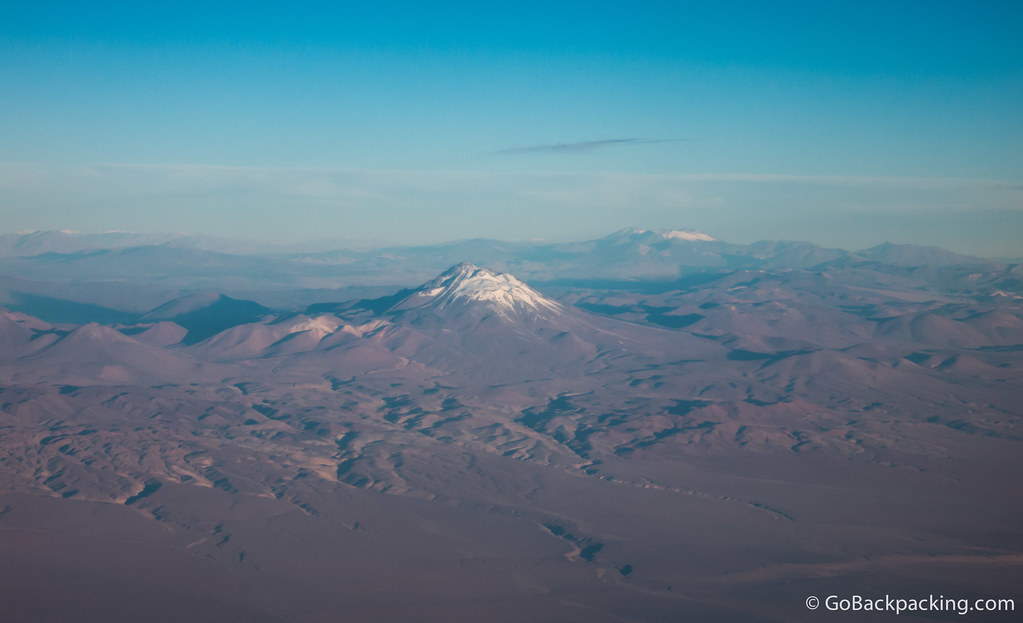 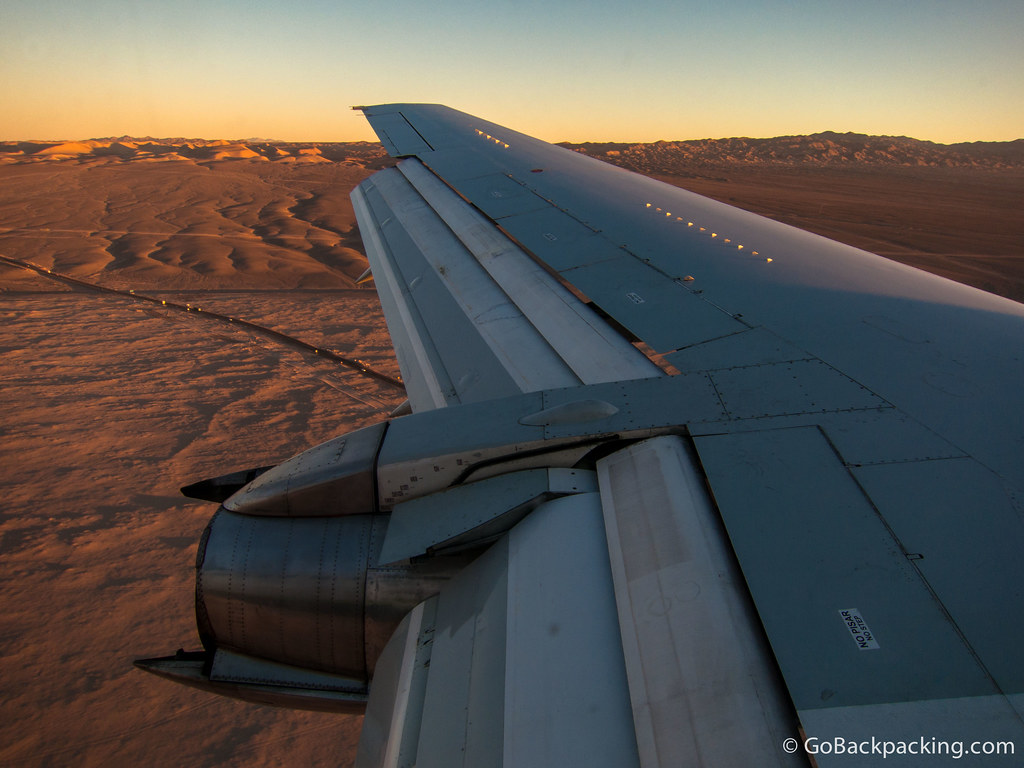 As our plane descended, along with the sun, the ground glowed a brilliant orange-red. It felt as though we were about to land on Mars. 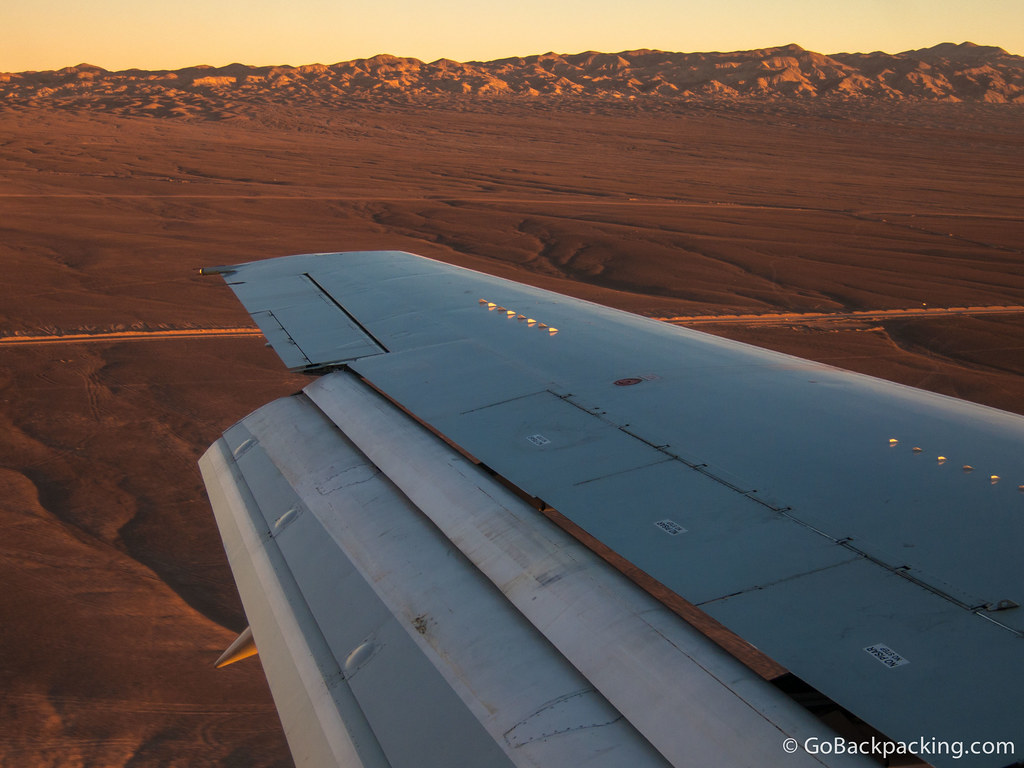 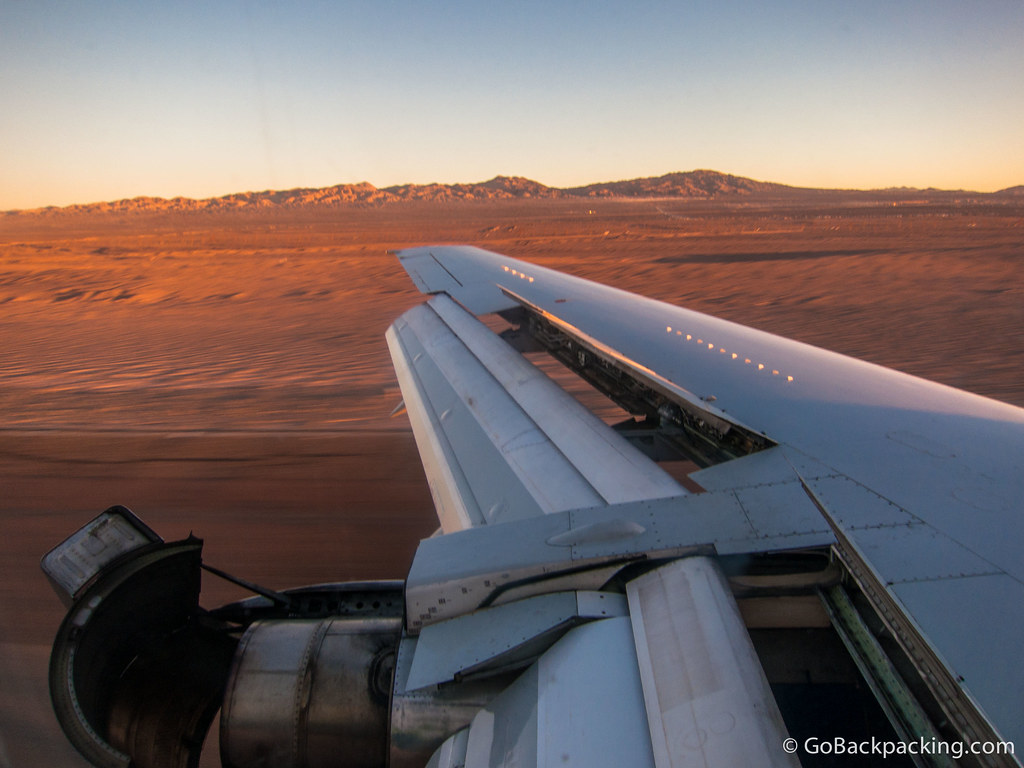 As we approached the runway at Calama's El Loa Airport, the wings and engines transformed in a way I'd never seen before 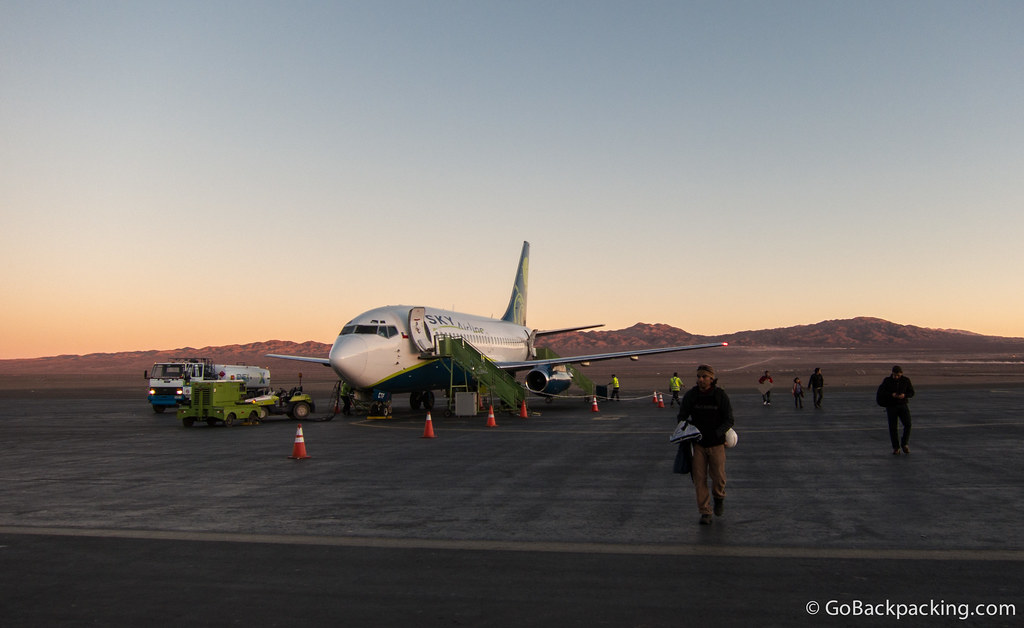 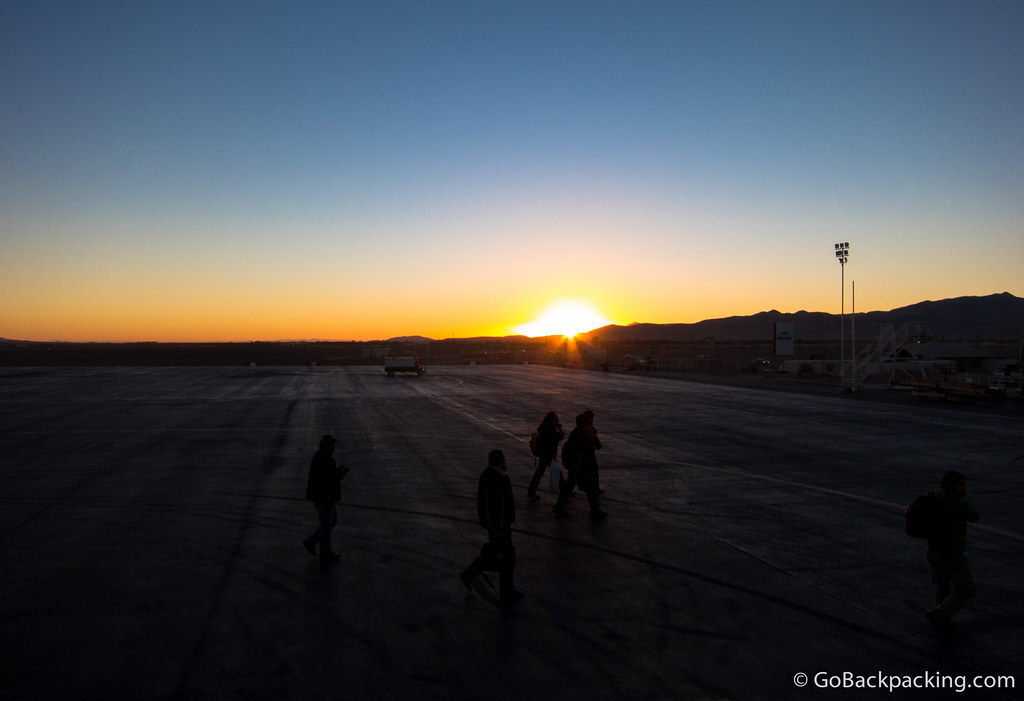 My first sunset over the Atacama Desert, as seen from the tarmac at El Loa Airport in Calama

Fantastic photos! I'm currently planning my own South America trip, and will be doing this flight in reverse - Atacama to Santiago. My question is: how did you get from the town of San Pedro to the airport in Calama?

Thanks Carrie. I took the local airport shuttle. I can't recall if I arranged it through the hostel, but it wasn't a problem.

Dave, I am currently in Vina Del mar. If you had 4 days (max) remaining before you had to fly out of Santiago, would you recommend using them for Atacama? Hopefully you get this quickly. If not there, where would you recommend in Chile. came in on Cruce De Los Lagos and saw the Puerto Varas area. Check out my blog http://www.richtrek.com ... and lm, cheers man!

Great pictures! Leaving to Calama on the 21st of December and have a question: do you remember how long it took you to get off the plane and collect your luggage?

Really breathtaking image of Chilean mountain ranges. So much awesome. You must not miss the traditional events in Santiago like pattaraday festival, and the patupat in Bannawag, the station of the cross in balintokatok.