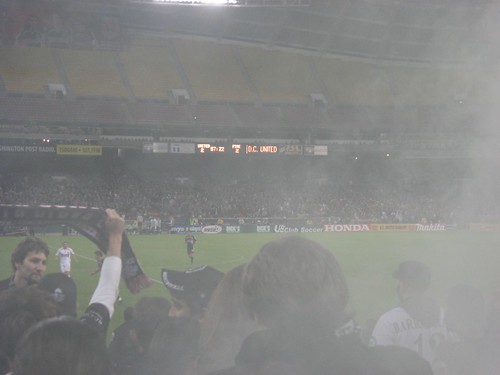 This might be my busiest day off ever. It began Thursday night with DC United's home playoff game. Sadly, they lost the 2-game series by a goal, and their season is over, however it was not for lack of screaming my lungs off and cursing like a madman. Yes, I was in the crazy Barra Brava section 136 again, inhaling smoke bombs and dripping with beer thrown in the air after DC's two come-from-behind goals in the second half. My friend said his friend saw us on the ESPN2 broadcast, however I accidently deleted my recording of the game!

8am Friday – windshield replaced for $77 less than the previous time, in half the time, and according to the guys, with far better workmanship (the previous replacement sounded like it was a botched surgery to the trained eye)

5pm – 12am – finish packing, drop some stuff off at parent's house

Bedtime – mentally prepare for driving the big-ass 14′ Uhaul Saturday to 3 different locations in northern Virginia, and pinch myself to ensure this is all really happening! 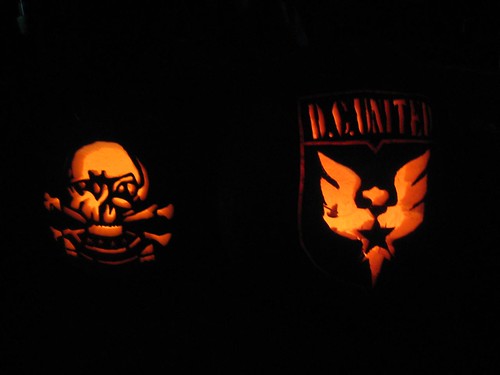