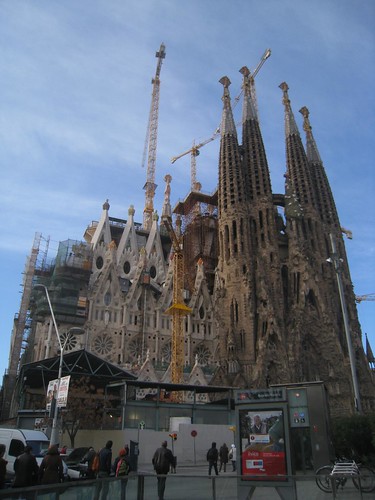 I took the metro to La Sagrada Familia, the grandiose yet unfinished cathedral of architect Antoni Gaudi. Upon exiting the metro station, I turned around to catch my first glimpse of the northern facade. Aye caramba – it was hideous! 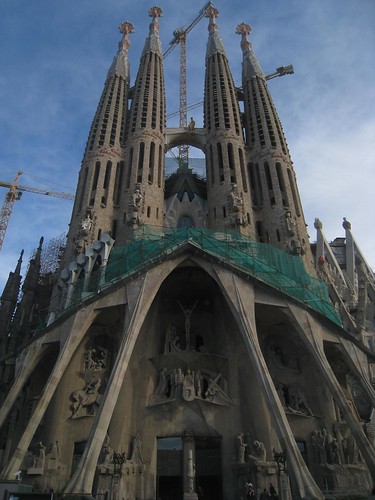 I walked around the exterior to the southern entrance where I had a cup of coffee before buying a ticket. The cathedral was started 100 years ago and at least three large cranes were continuing the construction today. The anticipated completion date was 2026, assuming donations didn't dry up. 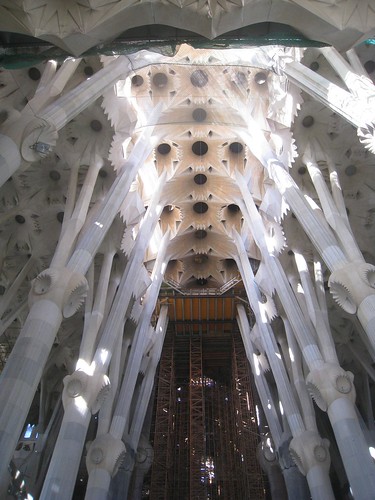 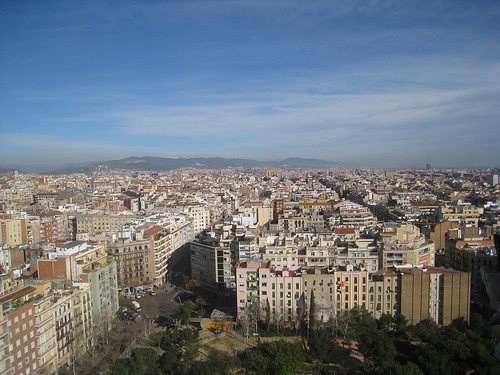 Despite the facade's gaudiness (pun intended), it was hard not to be curious about the man's vision and aesthetic. Inside, the support columns took the abstract form of trees, and the little stained glass installed so far, cast beautiful colors into the interior. I paid for the elevator up one of the spires, which offered superb views of the city, and the excitement of a long walk down to the ground floor. 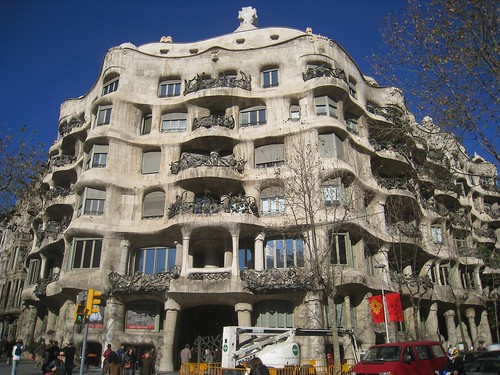 Since Gaudi was one of the architects I studied in college, I figured it was worth the effort to see one of his apartment buildings as well. I walked to La Pedra, which featured his unique wave-like facade and organic balcony design. I found it more aesthetically pleasing than the cathedral. 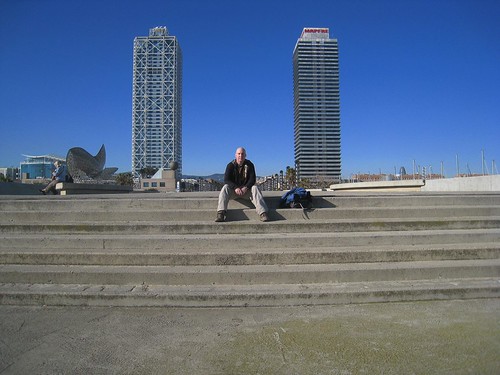 I took the metro toward the Olympic village, but upon exiting the station, decided to head toward lunch by the beach instead. Along the way, I stopped for some photos of two large and prominent office buildings. 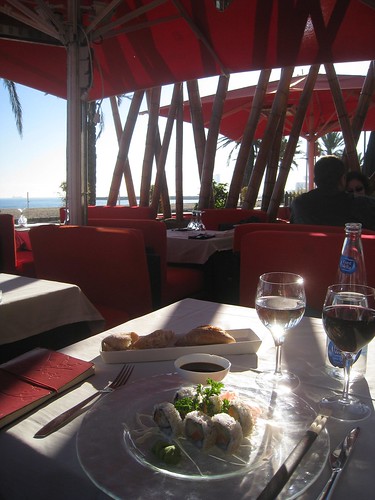 Given the chilly weather, it wasn't surprising to find the beach empty. I dined al fresco at Shoko restaurant and lounge. The price-fixed lunch menu was a good deal in comparison to my meals in Switzerland. Three courses, plus a drink (I chose wine), bottled water, and coffee. I opted for vegetarian sushi to start, orange veal for the main, and fresh fruit with coconut ice cream for dessert. As I enjoyed the meal, I imagined the beach scene in warmer weather, masses of barely clad Spaniards and tourists, soccer balls being knocked around, and everyone enjoying the warm Mediterranean waters. 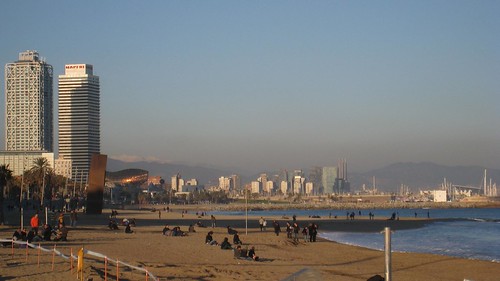 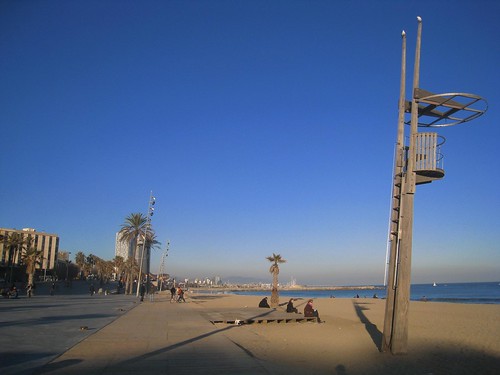 I spent the rest of the afternoon walking along the beach, stopping from time to time to take photos and people watch. I heard a guy playing and singing ” I'm Yours”? by Jason Mraz, a song I've had stuck in my head since I first started to hear it the past few weeks. More than any other city in Europe (at least in winter), street performers were out in force. 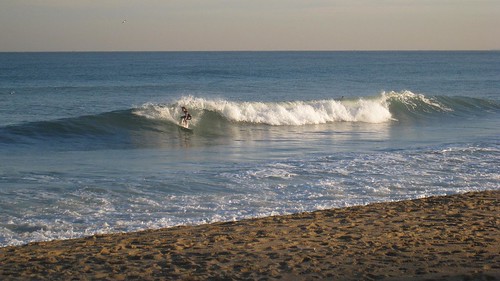 I am starting my own webpage to share my photography experiences. Do you uncover it challenging or simple to article persistently?