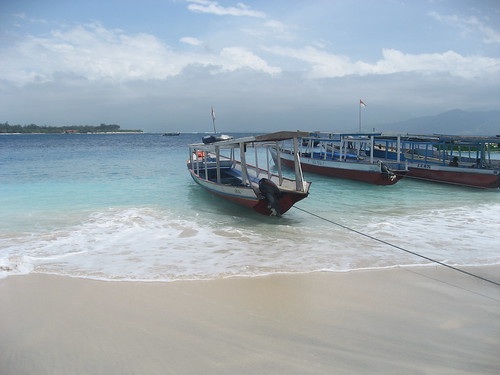 Gili Trawangan is a small island off the coast of Lombok, an island the size of Bali just to it's east. There are many small islands (gili's as they're called) around Lombok, however Gili Trawangan is the most popular one. It is 8 km in circumference, and there are no motorbikes or cars, just carts drawn by small horses, bicycles, and foot power. There are no police on the island, and drugs are widely available (especially, magic mushrooms and marijuana). It reminded me of Caye Caulker, Belize. The small community seems to police itself, as a local told me the punishment for theft is a potential beat-down, followed by banishment from the island. 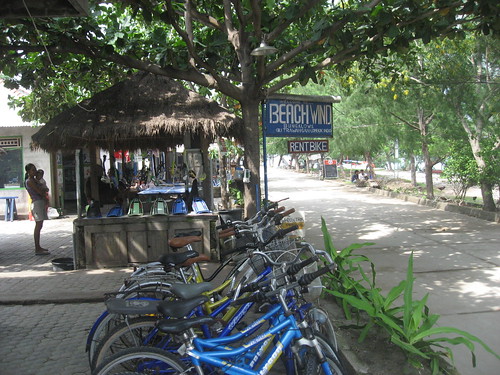 Most of the development is on the east side of the island, including all the dive shops which include attached restaurants and pools for those learning to SCUBA dive. I was keen to stay at Beachwind Bungalows as it was right across the “street” from the water. Linus joined me and we continued to share a double room. 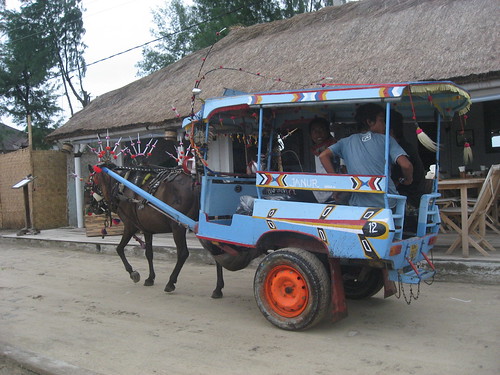 It's not quick or easy to go from Kuta on Bali to the Gili Islands off Lombok. The regular (cheap) way takes a full day of travel leaving at 6am from Kuta, minus any unforeseen delays. As a result, it is much less visited then Kuta, and it felt as though we had the island to ourselves (this was especially the case as it was the rainy season). There were just enough people to keep my week-long stay fun and interesting.