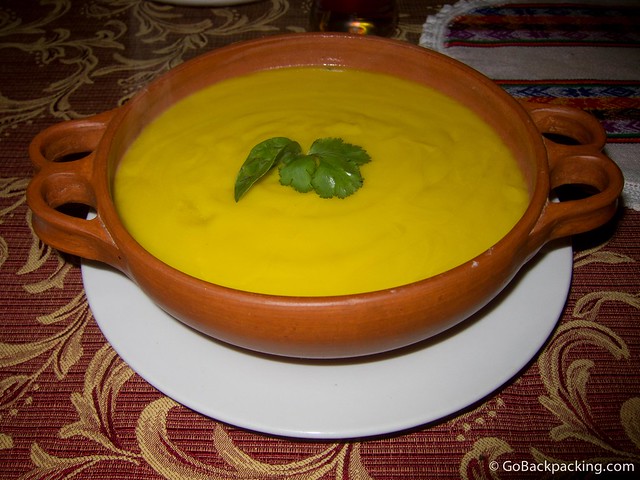 [H]appy Thanksgiving from Cusco, heart of the historic Inca Empire.

On major American holidays like Thanksgiving, it feels like I'm living in a parallel universe if I'm anywhere outside the USA.

Yet, wherever find myself, be it traveling overland through South Africa (2008), living in Medellin (2010), or preparing for a trek to Machu Picchu (2011), I can't help but reflect on all the reasons I have to be thankful.

My general good health, which allows me to keep on discovering new cultures and countries in South America, and the world.

Being robbed in Medellin this past June was a terribly frightening experience, and I'm especially thankful that no violence was involved.

I learned losing your passport isn't that big a deal. Sure, it'd be nice to have the stamps, but it was a lesson in letting go.

A few weeks, and a few hundred dollars later, I was holding my new one, a whole booklet of blank pages waiting to be stamped.

I'm also thankful for the continued good health and support of my parents, brother, aunt, uncles and cousins.

I'm glad I went to my original home town of Pelham to see my cousin Amy get married.

I mentally pinch myself daily that I'm in a position to support myself doing something I'm passionate about — traveling, eating, writing, sharing, coaching.

It's a dream come true, and not a day goes by that I don't appreciate the opportunity to live and travel freely as a blogger.

I'm thankful there's no shortage of quality travel companies, sites, and services excited to do business with Go Backpacking.

I have several new partnerships in the works that I'm super excited about. Stay tuned for news on those in the coming months!

I kicked off the year with my first trip to Japan, and despite the winter chill, I had a wonderful time riding bullet trains around the country, dining on sushi, and spotting Geishas in Kyoto.

I'm thankful to have had another 6 months living and traveling in Colombia, followed by 2 months in Ecuador, including a week long cruise to the Galapagos Islands, and my current adventures in Peru.

Mark Wiens of Migrationology joined Go Backpacking as a Feature Blogger at the start of the year, and he has been contributing excellent articles weekly ever since. He's also written the Thailand, Kenya, and Egypt travel guides.

The experience has been so positive, that I'll be looking to bring on another blogger in 2012.

I keep going because of you. Honestly, I woudn't be preparing to enter my 6th year of travel blogging if you didn't continue to read, comment on, and share the stories, photos and videos published here.

And I'm extra thankful for the 2,000 new RSS & email subscribers who've joined us since last Thanksgiving.

When you’re feeling appreciative of what you've got, it’s easy to start sharing with others.

Next week, on November 30, the 2011 Passports with Purpose fundraiser will kick off.

I'll be publishing a post to introduce this year's cause, as well as the prize I'm donating

Through Kiva you can provide micro-loans for as little as $25 to small business owners in countries around the world.

I believe this is a terrific way to empower people, as well as give back to the countries and cultures I've gotten to know first hand.

And I'm proud to share Go Backpacking's lending team has provided $2,375 in loans so far.

Thanks Gerard, much appreciated! I've got lots to share about Peru in the coming weeks.

It's so incredible to reflect and think about all the things we are blessed with and thankful for! Have an awesome time at Machu Picchu - I would love to join you on that one!

Happy Thanksgiving to you and family Dave :)