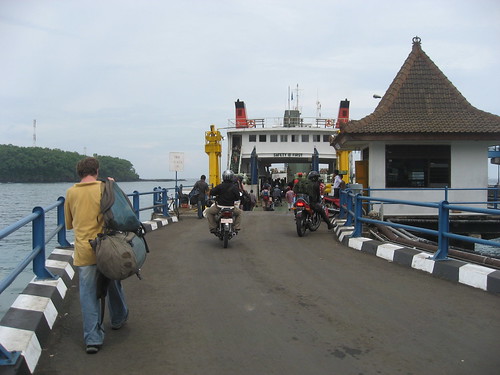 It felt fortuitous to be leaving Kuta, Bali the morning after the theft incident. Leaving for a new destination always feels empowering, and I was heading to Lombok to experience the potential tropical island paradise I had pictured when coming to Bali.

The first person on the shuttle after me was a guy named Linus. You'll hear more about him soon. At this point, he just happened to be the first person I could share my experience with from the prior night. I let it out, which was cathartic. 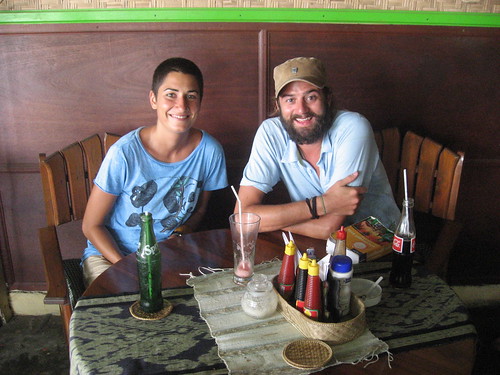 Soon after, an American couple joined the shuttle, and I'd end up speaking with the guy much of the ride. They were from North Carolina, and would work in bars to save up for 3-month trips in the off-season (winter). I've met so few Americans, I find myself jumping at the chance to talk to them when they present themselves.

After the shuttle to the ferry port in East Bali, we boarded the ferry to Lombok. It was a slow beast of a ferry, taking 5 hours to make the crossing. The lower levels were hot, humid, soon filled with smoke, and all around gross. Most of the backpackers ended up on the top deck with the fresh air. 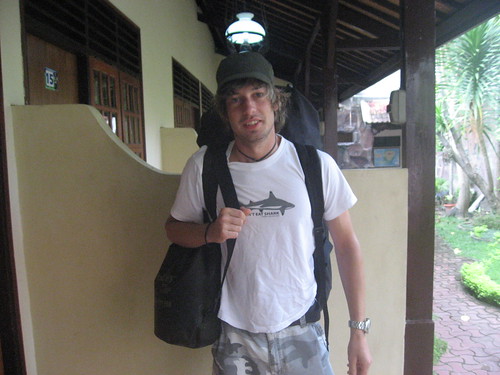 Along the way, I got to know Linus a little better. He was a dive instructor originally from Sweden, who worked for 1.5 years on a popular island in Thailand. He was currently touring Indonesia, before a short stop back in Thailand on his way back to a job in Norway. He was carrying all of his own dive gear with him – about 50lbs worth I believe.

Upon arrival in Lombok, night had fallen. We hopped on another shuttle that was awaiting us, and careened north toward our stop for the night – Sengiggi (a popular resort town on the west coast of Lombok). The area felt very dark, except for the bright white headlights of oncoming traffic. Once we were dropped in Sengiggi, Linus and I decided to share a sparse room at the Hotel Elen across the street from our pick-up point in the morning. We went out for dinner, however after looking around, there didn't seem to be much happening in Sengiggi.