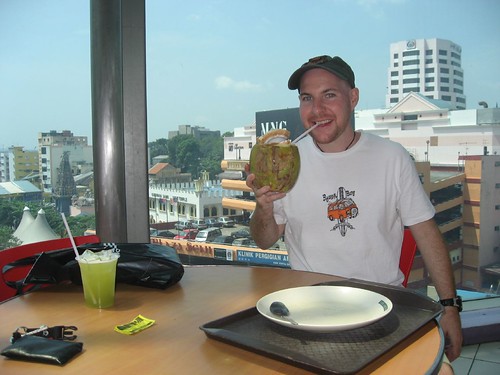 The next day, I joined Ian on a short trip across the border to Singapore for a travel fair sponsored by Malaysia Air.

Despite high hopes for cheap fairs, the event was a dud, and we got lunch and a few shirts at a nearby mall.

The prices were super cheap on some clothing, so I'm not sure how much of it was fake. If only I had a need for more clothing! 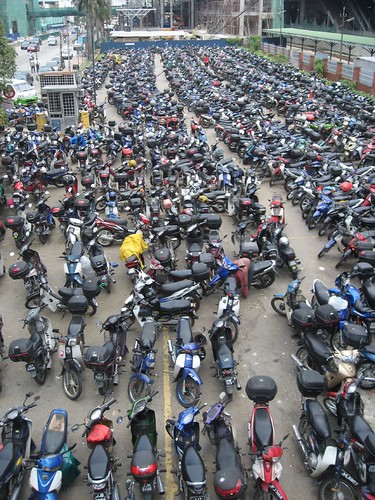 We returned to Singapore via the same series of buses which brought us to Malaysia, and prepared for the evening's events.

Ian wanted to make an appearance at a friend's charity masquerade ball, so we met up with Waffa and her friend, and took the MRT and buses all the way across Singapore to a western section of coastline. 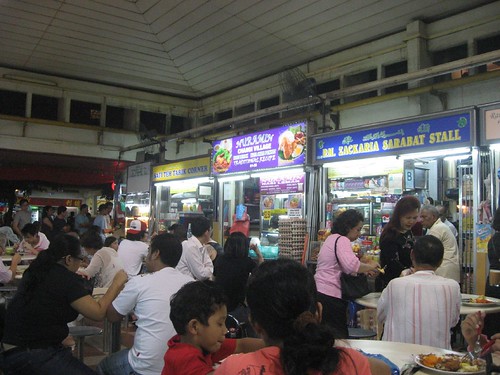 Before the party, we stopped at the village's food stalls. There were tons of them.

I had a local chicken dish and a bunch of chicken satay along with tasty sugar cane juice (made fresh).

The atmosphere was amazing, everyone eating, drinking, talking.

Smells of various ethnic cuisines wafted through the air under the bright fluorescent lights.

Typical cuisines I saw again and again included Indian, Chinese, Muslim, and Western, amongst many others. 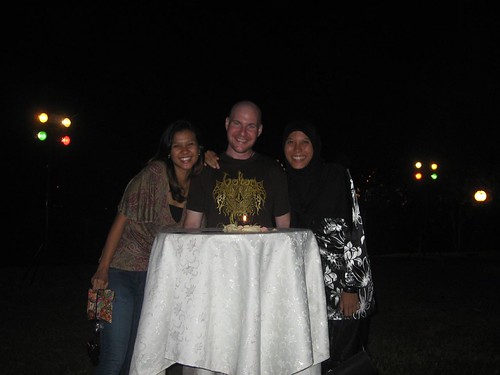 The masquerade ball was held in one building of many which were part of a former hospital.

There weren't a lot of people, however there was a nice view in the back, plenty of food, and a bar where I treated myself to a beer.

We called it a night after an hour, taking a cab back to Ian's apartment.

Good stuff makes me hungry for lunch :lol: love the video keep it up..