I returned to the Indian consulate Friday morning to pay my Visa fee and drop off my passport. It was brought to my attention that I could only obtain a 3-month (versus 6-month) Visa abroad which went into effect immediately, thus limiting my time in India until May 29. I was offered the option of waiting to get it in Nepal, however I wouldn't get a refund on the processing fee I already paid and didn't know if I'd want to wait another 5-7 days in Kathmandu after having completed a 2-week trek. Out of frustration, I asked for the 3-month Visa, paid the cost, submitted my passport, and headed to a good internet cafe to pound out my frustrations in the form of internet usage.
After a good 3 hours on the internet, I was a bit beat. I realized since I was planning on a looser DIY trek in Nepal in early April, I could head over to India earlier than planned as well, and probably get a good deal of touring done before having to leave May 29. If nothing else, giving myself a deadline in India will keep me on track to enjoy Southeast Asia and beyond. 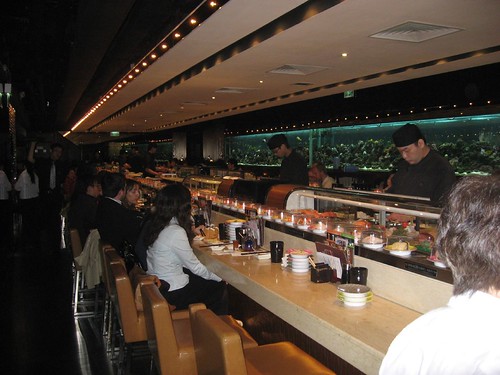 For our last dinner in Hong Kong, Adam and I headed to Sushi One, a popular restaurant with a queue in the evenings. We arrived early enough to avoid a long wait, and I enjoyed my first foray into plucking sushi dishes off of a conveyor belt. 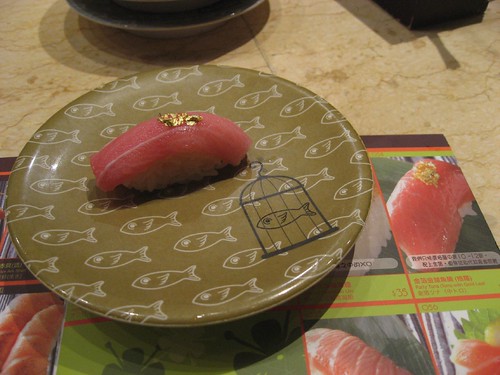 After dinner, we had a few beers at a nearby bar, and got some sleep. We were destine for Macau in the morning, a 60-minute ferry ride southwest of Hong Kong. Macau has been labeled as the Las Vegas of The East, and while high stakes gambling was not in my future, a foray into such a gambling mecca sounded too good to pass up.

The plate is cool, how much did you spend for that dinner I heard the price in Hong Kong is very expensive