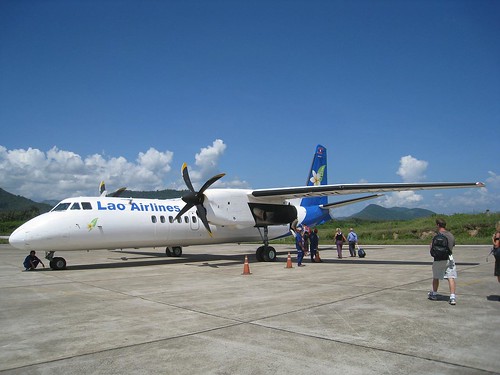 In the interest of time and energy, I decided to take the one hour flight from Luang Prabang to Chiang Mai via Lao Airlines. The popular alternative for crossing the western border is to take a slow boat (literally) for two days along the Mekong River. By taking to the air, I was also making the final decision to skip a unique experience I first heard about from an American couple back in Indonesia. The Gibbon Experience allows you to live in 100-foot treehouses for two days. They're joined together by ziplines, and you spend your days looking for gibbons in the trees and/or trekking on the jungle floor. As it is not explicitly referenced in Lonely Planet (out of respect for the operator, it is written), I wanted to share it here since I know a few people will be heading to Laos in the near future. :) 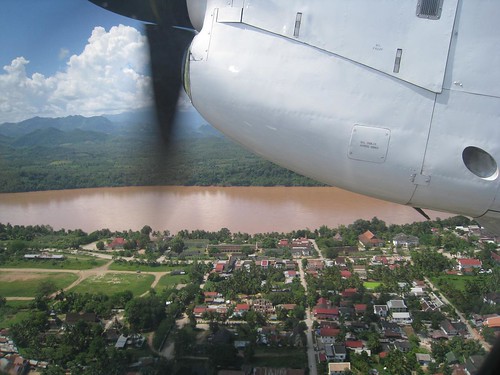 The flight went like clockwork, and I was surprised they even had time to serve a decent lunch given the one hour duration. Jetstar's Asian contingent could learn a thing or two. Yes, I'm still bitter about the lack of complimentary water on that four hour Singapore to Hong Kong flight! 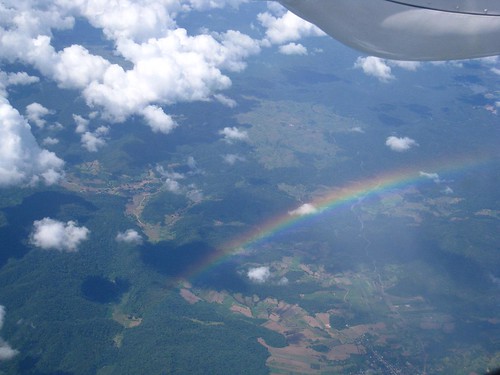 As the plane ascended and headed west, there were beautiful views of Laos' northern mountains. While you can't see graphic indications of borders from the air as though you were flying over a Google satellite image, the distinction between development (or lack thereof) in Laos and Thailand was clearly visible. 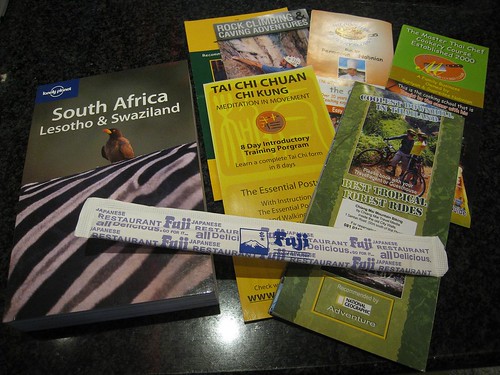 Once we landed, I grabbed a taxi to the backpacker part of town which was chock full of inexpensive guest houses and travel shops. I took a basic room in Kent's Guest House, the first one I stumbled across. As Kent showed me to the room, he talked with a bird on his shoulder (which talked back, of course). Once in the room, I told him I'd take it if everything worked (fan, toilet, etc.). Kent assured me everything in the room worked fine, it was just him that didn't. Despite the flock of pigeons in the courtyard, I felt overdue for an eccentric experience and took the room.

It was great to be back in Thailand, where you can get so much done in such a small amount of time. After a quick rest, I tracked down a Lonely Planet South Africa, paid under $20 for a routine dental visit (using the recommendation of the book shop sales woman), and picked up a pile of brochures from which to choose my Chiang Mai activities. There were so many appealing activities, and so little time. I was forced to prioritize.