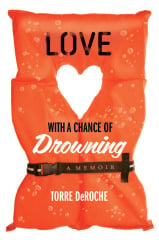 [I] first learned of Torre DeRoche's Love with a Chance of Drowning more than a year ago.

My friend Christine from Almost Fearless had read it, and believed it was an amazing book.

She was helping Torre promote her new memoir about life and love on the high seas.

A few weeks after it went on sale, it was taken off the market, before I had a chance to buy it.

Not only had Torre sold the publishing rights in the UK, Australia, and the USA, she'd also sold the movie rights to a Hollywood producer!

This time, I didn't wait around to buy it.

The story, as the trailer above so succinctly puts it, starts with Torre leaving Australia to spend a year working abroad in San Francisco.

She promises everyone at home she'll only be gone a year.

It sounds like a promise made to be broken, and when she encounters a handsome Argentinian man in a bar one night, her life is blown off course in a direction she never imagined. 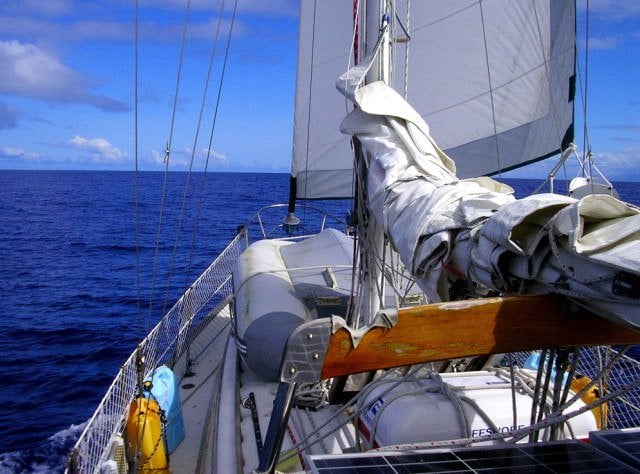 Ivan and his family had immigrated to the United States from Argentina when he was 17.

He worked his way through college, took some sailing lessons at UCLA, crewed a boat across the Atlantic, and by the time he was 30, had his own ocean-ready boat named Amazing Grace, and plans to sail it around the world. 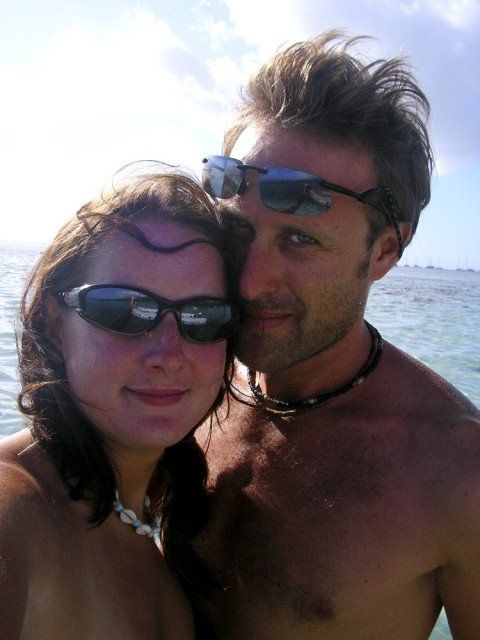 When it becomes clear they have more than casual feelings for one another, Ivan invites Torre to join him on a crossing of the South Pacific.

The problem is she's deathly afraid of the ocean, and all the sharks and critters that live within it.

And that's not including concerns about seasickness, storms, and all the other things that can go wrong sailing.

In New Zealand, I met a young woman who sailed across the Pacific with her Dad. At one point, they had to stop for repairs because lightning struck their mast (that important pole that holds up the sails)!

Clearly by the photos I'm sharing, Torre decides love trumps fear, and agrees to join Ivan on his Pacific crossing, which includes an initial 26-day stretch in the open ocean.

And by that I mean no land in sight. For 26 days. Straight.

The idea alone had my stomach doing somersaults and I was only laying in bed reading about it.

Torre does exactly what I'd do if I had the guts to stand in her shoes, overcompensate for her fear by trying to prepare and plan as best as possible.

Starting from zero sailing knowledge, she begins picking up things quickly, especially once they're both living on the boat, and preparing it to set sail. 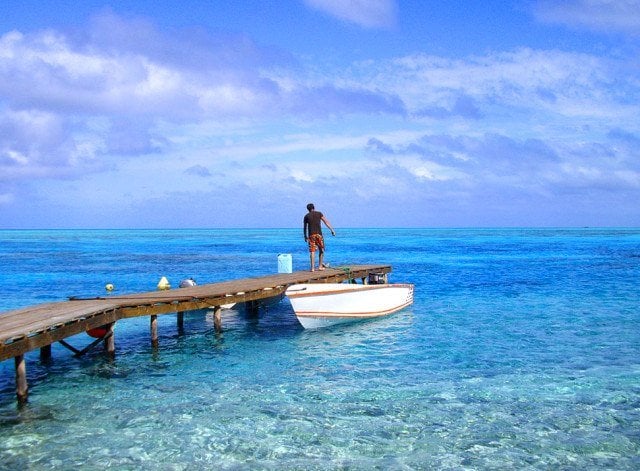 Once they sailing adventure gets underway, things go wrong, but Torre seems at times more adept than Ivan at fixing them.

In fact, Ivan takes on something of a role as comic relief for all the trouble he gets himself into during the journey.

For personal reasons, I was excited to read about their experience approaching French Polynesia, including Tahiti and Moorea.

Those are the only two islands I've visited in the South Pacific, and it was at the start of my trip around the world. I wish I'd given myself more than 5 nights between the two.

It was also interesting to learn about the sailing culture as it relates to island hopping, accessing areas where regular tourists don't go, and seeing how sailors often befriend and even live with locals for days and weeks at a time.

I read Love with a Chance of Drowning in a matter of days.

It would've been less, but when I'm enjoying a book, I purposefully try to slow my reading down so I can allow the story to extend a little longer than it would otherwise. 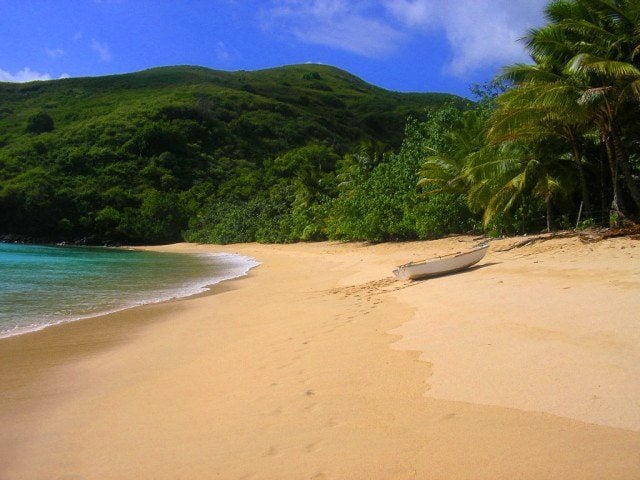 The Little Gracie dinghy in Tahuata. It was used to help them travel between the sailboat and shore.

The more I read, the more I imagined how perfect this book would be on the big screen.

Would it be adapted as a romantic comedy, or a serious drama? Who would play Torre? Ivan?

I've got my fingers crossed it'll be made into a movie, and seen by a wider audience.

Until then, if you're looking for an escape from everyday life…to venture off into the Pacific on a little sailboat, with a comical couple, check out Love with a Chance of Drowning.

All photos courtesy of Torre DeRoche.

If the book is anywhere close to being as spectacular as the photography in this post, I am totally in! The book sounds amazing.

Sounds like a winner, I'm looking forward to reading and maybe seeing this for myself!

Very much a winner Barbara!

This book looks truly wonderful and like something I would definitely enjoy! I hope my library gets it's hands on a copy!

Maybe you can request your library stock it?

I'm constantly asking everyone about new travel fiction. It seems hard to find something that isn't 'eat prey love' which has stinking reviews on amazon. This may be the one for me!