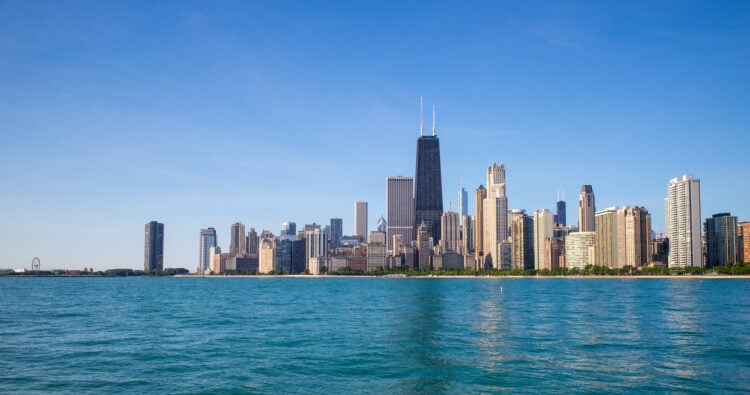 We all enjoy the finer things in life. What is less enjoyable is the price tag that often accompanies those finer things.

However, when it comes to travel and accommodation, this is not absolute.

With a bit of extra research and patience, cities can become a gold mine of bargains. Chicago is no exception.

With over 100 striking skyscrapers filling the skyline, framed by the idyllic Lake Michigan, Chicago is renowned for its multicultural makeup, which diversifies the city's cuisine, art, and neighborhoods.

With so much to see and do, it would be short-sighted to spend so much money on somewhere that is, in essence, just a place to rest your head at night.

If you choose a cheaper hotel, then there is no need to compromise on experiences.

Splashing out on a meal at the top of Willis Tower won't leave as much of a dollar-shaped hole in your pocket, and indulging in a river cruise won't have you counting out every last penny.

But why compromise on the accommodation either?

While travel agents and comparison sites may overwhelm you with beautiful but pricey hotels, there are so many reasonably priced gems in Chicago that are shrouded by their costly siblings.

But the digging is done. Chicago's best hotels have been unearthed, and for you lucky readers, they are just a click away. 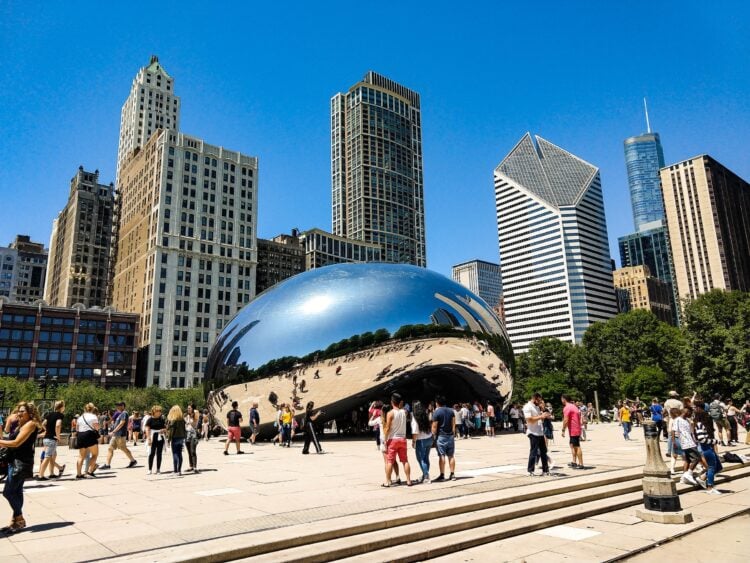 Cloud Gate, aka The Bean

Having opened just five years ago, the Loews Chicago Downtown Hotel is a picture of sophisticated modernity.

With sleek lines, floor to ceiling windows, and glossy surfaces, this hotel is understated but trendy.

However, the slick style of the hotel does not exclude touches of Chicago charm.

Metal sculptures by local architect Louis Sullivan stud the lobby and walls of the lifts boast the words of Chicagoan poet Carl Sandburg.

An ideal location, some of the rooms overlook the iconic Navy Pier with dazzling views across the water.

Just a ten-minute walk away is Chicago's vast offering of parks, including Millennium Park, which features the iconic Cloud Gate (Bean) sculpture.

The third floor is a favorite among guests, featuring a spa, pool, gym, and a large rooftop bar.

Declared Chicago's biggest rooftop terrace, the space features a lawn, two bars, and an abundance of seating, making it the perfect alfresco hangout. 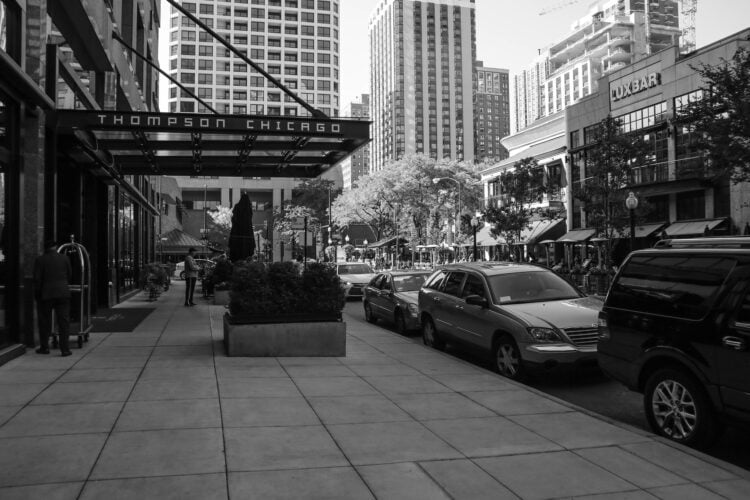 Located in one of Chicago's most expensive zip codes, this moderately priced hotel is a rare find.

Flanked by designer boutiques and suave restaurants, this hotel is primely situated just a ten-minute walk from Chicago's Museum of Contemporary Art and Oak Street beach.

Casually opulent, Thompson Chicago has an air of glamour without the arrogance.

In keeping with Chicago's impressive art scene, the Thompson Hotel has art by the bucket load, even featuring prints by Kanye West's graphic designer.

The onsite restaurant, Nico Osteria, is hailed as one of Chicago's best. 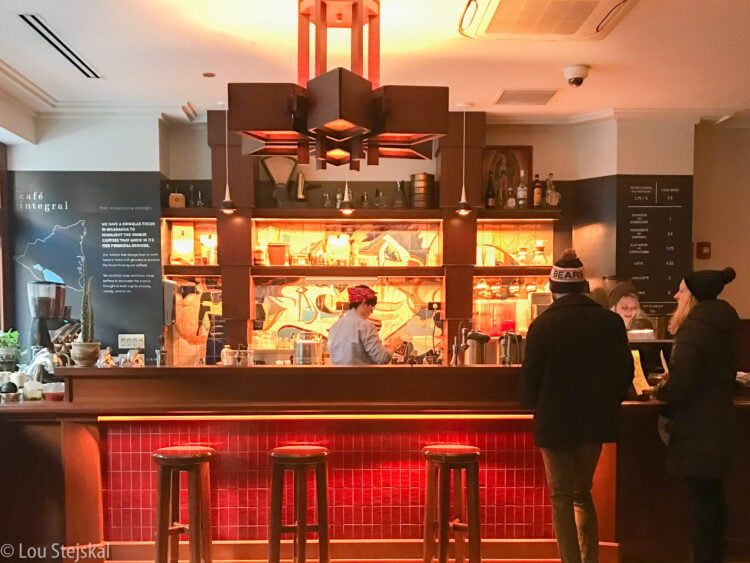 Promoted on both boutique luxury sites and hostel sites, Freehand Chicago breaks the boundary between luxury and budget with aplomb.

Located in a restored art deco building, Freehand blends bold and boho interiors in a light and expansive space.

Vibrant macramé wall-hangings and dream catchers adorn the mix of private and shared rooms, exuding a laidback kind of cool.

While still being trendy, spacious, primely located, and clean, the Freehand Chicago is mind-blowingly cheap!

The guys at Freehand obviously have their fingers on the pulse too.

The food is seasonal and organic, recycled products are used wherever possible, and the coffee and cocktail game is strong and super Instagramable.

Located in the River North neighborhood, this hotel is bright and eco-conscious.

Declared Chicago's first Silver LEED-certified hotel, the Hotel Felix takes great pride in the efforts they've made to be sustainable.

Upon entering the hotel, visitors are greeted with figures sculpted from recycled materials before being captivated by the colorful installation of hand-blown glass globes that hang from the ceiling.

Complimentary Fairtrade coffee and locally made truffles are the hotel's luxury touches that seem totally dissonant to the impressively low price.

Despite being a little further away from Lake Michigan, River North is the king of restaurants, bars, and nightlife.

What's more, a position further away from Lake Michigan does have its perks, providing a more consistent temperature and a less windy side to Windy City. 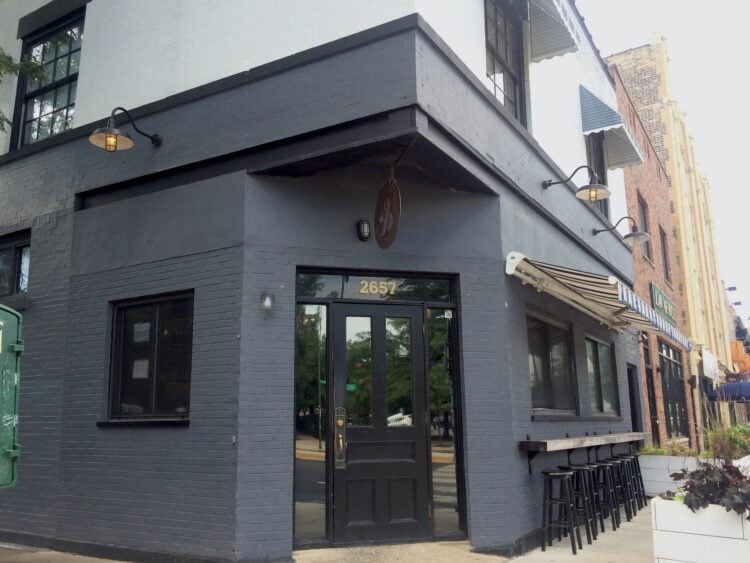 Less of a hotel, more of a restaurant-bar with rooms, Longman and Eagle is a buzzing, laid back choice of accommodation in Logan Square.

One of the trendiest neighborhoods, Logan Square, has a young, indie community with a thriving music, art, and culture scene.

As cool as its neighborhood, Longman and Eagle offer a contemporary twist on an old-school Chicago inn.

The rooms ooze with a rustic charm that is complemented by more contemporary furnishings.

Lights hang from ceilings, vibrant art embellishes the walls, and terrariums sit on desks and shelves.

The restaurant-cum-bar that the rooms sit above is renowned in the neighborhood.

Boasting an impressive whiskey selection, a farm-to-table menu, and a lively atmosphere, Longman and Eagle attracts visitors and locals alike.

This story was brought to you in partnership with Hotel Jules.

Rebekah Brandstratter is a 26-year-old from Liverpool, England, who had a gap year when she was 19 but never left. When she’s not busy adventuring around unusual places, she’s on her laptop, writing about her experiences for a living. Her claim to fame is that while she was working in the Australian outback, she got to act as a midwife for her now favorite lamb called “Shaunetta.”