The following is a guest post by Meredith Franco Meyers. 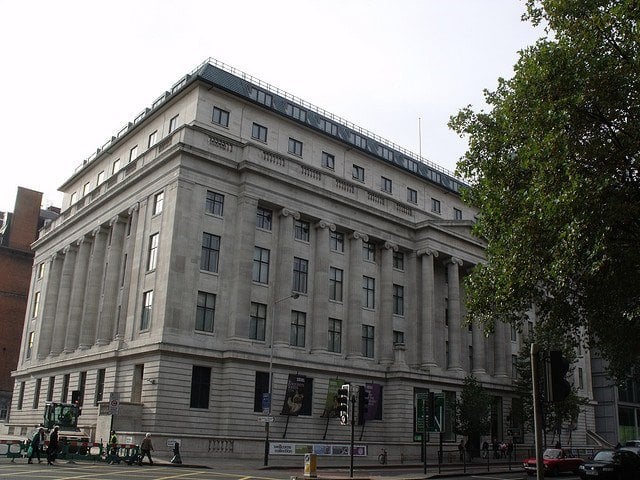 Whoever said, “It's not a free show,” wasn't touring London!

Sure, many savvy budget travelers know that London's major museums, like the British Museum and the National Gallery, are free most any day of the week.

But during the time we've spent hunting down London's budget hotels, we've also picked out a few out-of-the-ordinary museums that aren't always on backpackers' radars. So, read on and then plan to browse with the best of 'em while holding on to those extra pounds.

Ever wonder what London looked like during Roman times?

In nine permanent—and entirely free—galleries at the Museum of London, visitors get the skinny on life pre- and post-Kate-and-Wills and much more. From prehistory to Elton John and a recent special exhibit on Dickensian London, this place is a must-see. Talk about great expectations!

Bonus: When you've finished touring the place, take a look in the gift shop. Or, visit one of the on-site restaurants. The London Wall Bar & Kitchen has a great outdoor terrace that's a solid pick during warmer months.

What do Napoleon's toothbrush, George III's hair and the Virgin Mary all have in common? (No, this is not the beginning of a joke.)

They are all items in the unique Wellcome Collection in central London. Sir Henry S. Wellcome, an American-born aristocrat who made his way to London and later became a British knight, was an aficionado of the arts and sciences. As such, he amassed plenty of interesting objects and curiosities, now on display to the public.

There's lots to write home about here and many free daily guided tours. Current exhibits include, “Medicine Man.” It's a giant room filled with Wellcome's artifacts related to pharmacy, medicine and scientific advancement (and where you'll see George III's hair and Napoleon's toothbrush).

Sir John Soane (b. 1753-1857) was a professor of architecture at the Royal Academy and the man responsible for designing the Bank of England.

Housed in his former residence, a noble brick townhouse in central London, Soane's fascinating collection of artifacts and personal effects were gathered from the 1780s to the 1830s and are now on display for free! The permanent collection ranges from architectural plans for the Bank of England and the Royal Hospital Chelsea.

Through a series of canal-side rooms, visitors get a glimpse of Victorian living. Top-floor rooms witness everyday scenes of life under Queen Victoria's reign while ground level spaces give a detailed and absorbing history of the East End in general.

Best of all are the interactive sessions in the first-floor classroom, where “pupils” of all ages sit at old-fashioned wooden desks—complete with chalk and slate—while a stern teacher, dressed in period garb, puts them through the paces.

Encompassing a variety of small exhibits (no pun intended) on the histories of children from various civilizations, the Victoria and Albert's younger sibling museum is situated in a series of houses in London's Bethnal Green neighborhood.

The name of the institution speaks for itself and throughout a series of free exhibits you can learn about childcare, toys, child labor through the ages and lots more.

Want to know the history of the Rubik's Cube? Ready to check out a baby potty seat from 1820? Then, you're in the right place.

About the Author: Meredith Franco Meyers writes and edits for EuroCheapo.com, a leading budget travel site. She has written for American Baby, SELF, Ladies' Home Journal and more. She is on the faculty at the Gotham Writers' Workshop in New York City.

good post i've actually been to the ragged school museum