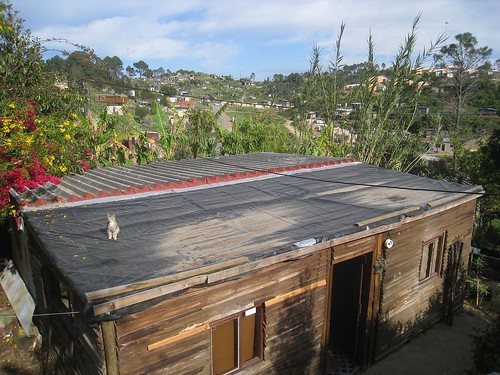 Brother Paul did me a huge favor when he agreed to host me for the night. Sister Carrie, an older, white Australian woman who has lived in South Africa for 27 years, runs the Bed & Breakfast in the community. Brother Paul had worked as a tour guide with Orin in the past, and opened his home up so I could learn a little bit about the Rastafarian way of life (beyond the fact that they smoke a lot of marijuana and love Bob Marley).

Brother Paul collected me at Island Vibe. In the car was Malcolm, our driver, and Jonathan. Paul was up front about the costs, and told me I'd need to bring my own food. The overall cost would be a little higher than had I stayed at the B&B ($20) but it was still low in my book. Along the way, we stopped at a convenience store and I picked up a few supplies. 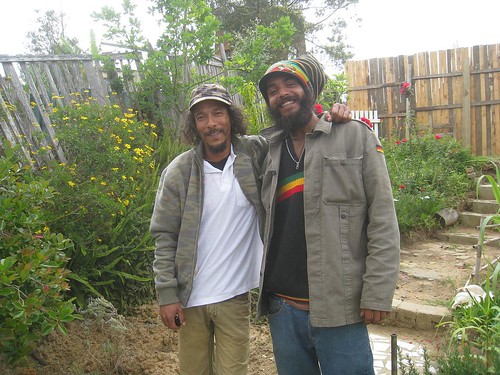 And then we were off to the community, which was situated within a township on the ridge overlooking Knysna and the harbor. As we turned off the main highway (N2) and into the township, I suddenly felt very white. A few people smiled and waved at the others in the car, and I'm sure they were noticing me in tow as well. We pulled up to the dead end off which Paul's home was situated, and said goodbye to the others. The Rasta community has about 25 families, and 120 some people, though there are others living in the surrounding township. 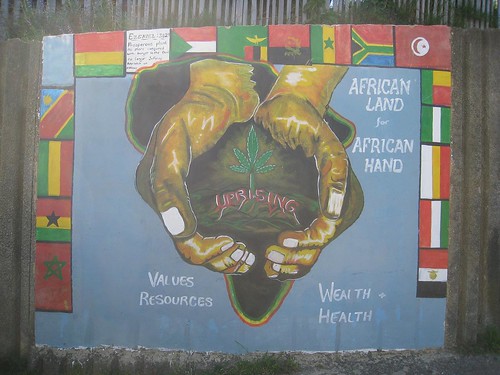 Paul gave me the grand tour of his home, beginning with a walk down through his garden (the home was situated on a hill) which was filled with colorful flowers and various fruit trees. His home was a composite of the old and the new in Knysna township home design. The old half was built from local timber, with a half-wood, half-dirt floor. The new was built from concrete and included a small bathroom (cold water only), bedroom, and kitchen. The roof on the newer section was metal, while the old was tarp-covered wood. He explained his plans to further increase the size of his home so his two children and wife could live there as well. They were living separately in a colored township (note: In South Africa, races are broken apart as white, colored (mixed), and black (African)).

Once I was settled, I tried to relax. Not only was I in someone else's home, I was in the middle of a township and didn't know what to expect. Paul's nephew was visiting as well, so it took some of the pressure off to keep the conversation going. I asked plenty of questions about the Rastafaria, and learned its origins lead back past Bob to an Ethiopian emperor often referred to as the Lion of Zion. It was the image of this Ethiopian who graced Paul's walls, not Bob Marley, though his influence was undisputed. 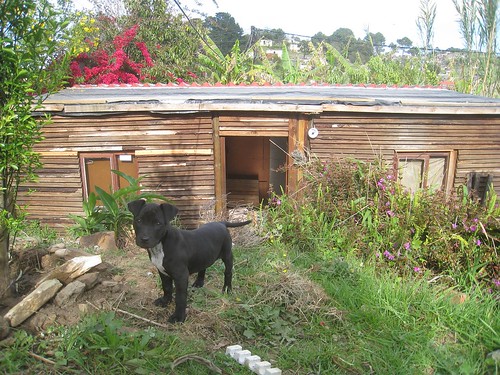 Paul cooked lentils for dinner, as he and his nephew were vegetarian. He offered me some, which tasted better than my ham and cheese sandwich I'd brought. I spent some time reading and writing at a table in the garden, which overlooked Paul's home and offered a great view of township homes on the surrounding hills. Pitbulls seem to be the Rasta pet of choice, as there were many in the neighborhood. Thankfully, Paul's was just a 3-month pup, still in the playful teething stage. We retired by 9pm, with me taking Paul's bed while he and his nephew slept in a tent within the wooden section of the house. 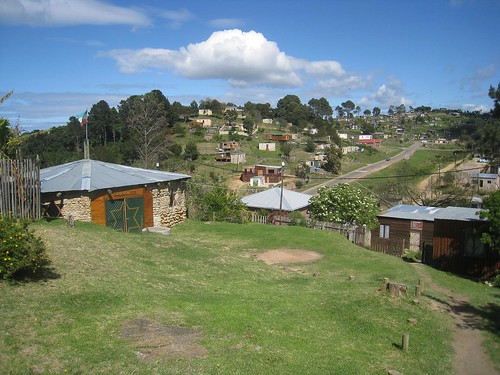 I slept well, though the cold morning provided a rude awakening. There was no insulation in the home, and if it felt cold now, it would've been downright frosty in the winter. Paul took me on a morning tour of the community. We stepped inside the tabernacle where he described the activities that take place there. He proudly pointed to little marijuana plants sprouting from the ground. As most, if not all, of the Rastas grow weed, I was curious to know what the local police thought. He said they tend to show leniency, and try to ensure the plants aren't growing too big, or in too clear a view of the surrounding homes (as this could lead to a double standard for how the police handled others growing herb). 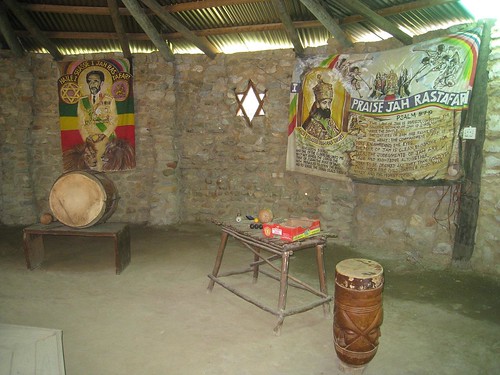 Paul was also proud to point out the positive effect the Rasta community had over their neighbors. He said crime was lower within their immediate vicinity, and they had started a daycare program which handled 30 local kids from the township.

Malcolm was nowhere to be found when it was time for me to leave, so we hopped in a share taxi. Sure enough, three ladies joined us to use up the remaining seats. A large mama hopped in the seat to my left, immediately squishing me. ” It's all part of the experience,”? Paul joked, as we left the township.

That is pretty instresting. I think that pitbulls are just very misunderstood