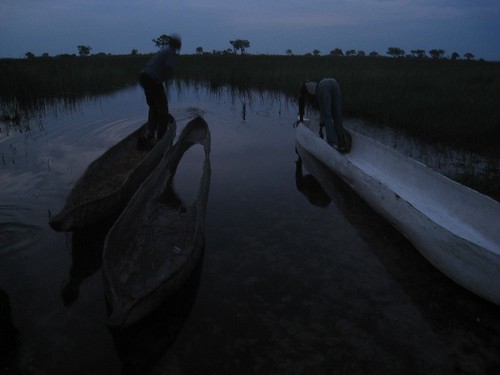 Dion was all too happy to wake us up at 4:30am for the long, four hour game walk at sunrise, even though the guides had said we would not leave camp until 5:30am. I'm sure they had their reasons, roving hippos being tops on my list. We spent ten minutes in the mokoros to reach a big, new island. Hopefully, it would be filled with animals. 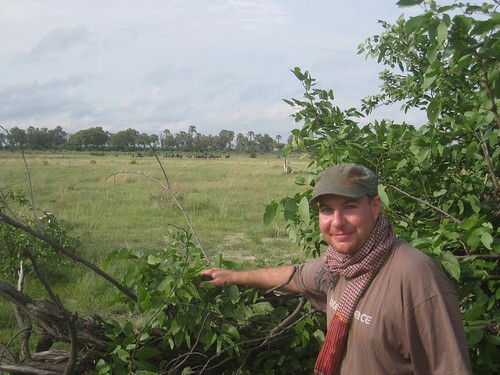 The birds were out in force, delighting Carmelita. I had already gained a new appreciation for them, and was looking out for the beautifully colored national bird of Botswana. It wasn't to be found, but we did spot a small group of wildebeests which we observed in a clearing for a bit. They preferred to graze in open fields so as to spot predators more easily. 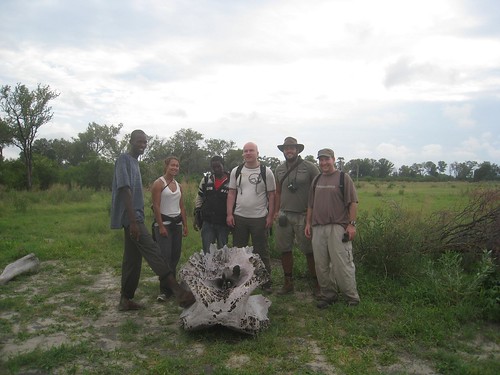 Long periods of silence would occur as we walked eagerly in search of more exciting wildlife. Lion prints were found twice, suspected to be from the previous night. The others were clearly hoping for more action, though I found the knowledge gained by a paw print to be enough to keep me interested. Other highlights included Stenbock (think Bambi), zebra prints, 3-day old giraffe poo, an elephant skull, and a hippo skull on our way back to the boats (and probably propped up by the trail in case the tourists don't see the living ones on their walks. ” Where were the animals?”? was the refrain of the day, and entire trip to the Okavango Delta. 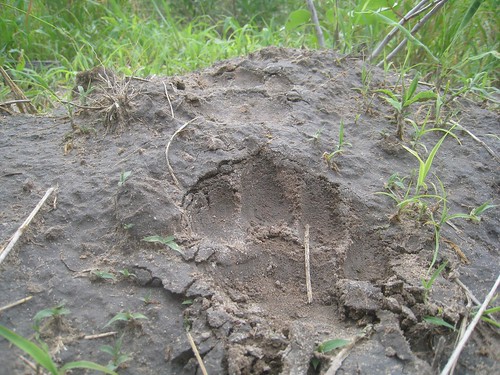 Back at camp, Dion would ask about the animals we saw, and in response to our pawltry reports, encourage the group that lions and crocodiles would about in Chobe Park. I was able to appreciate the beauty of the Delta minus the animals, though they would've made it more exciting. I was also glad I'd already been to Kruger Park and seen lions up close. Four hours is a long time to be walking and it made me appreciate the game drives in South Africa. 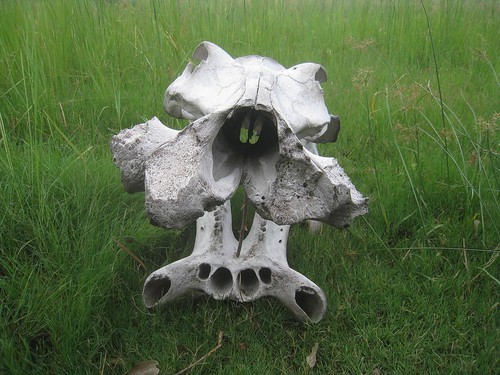 The afternoon was spent in the shade of camp. I enjoyed it as much as the walks. I took my mp3 player out and sat near Broc, who almost immediately wanted to share my headphones. I played some Bob Marley which he knew, and other stuff like Ben Harper, RHCP, and Bedouin Soundclash. It made for quality bonding time. Ingrid was reading nearby, and Carmelita was bird watching. Actually, we all enjoyed some birding as several colorful species frequented the fig tree in camp. Specifically, a bluish-chested parrot and a green pigeon-sized bird. Peter slept the whole time, while Richard read Bob Dylan's ” Chronicles”? in the sun.

Richard and I went swimming for a bit, and tried to be mokoro polers. 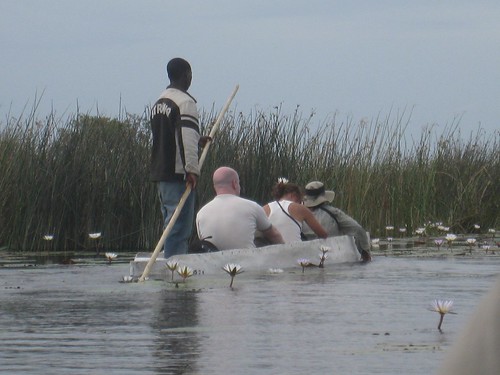 Later, Peter bet Richard a few beers if he could start a fire with two sticks. Ten minutes later, to everyone's amazement, a flame developed, and Richard received accolades from us all. 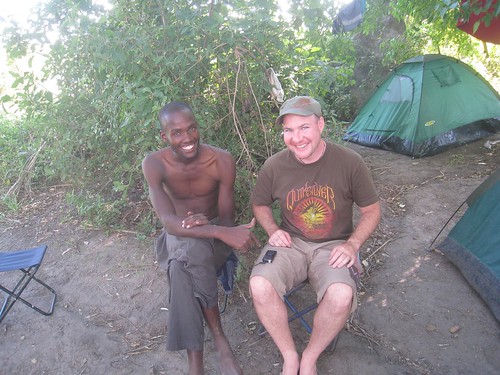 Our second evening in the Delta featured a sunset mokoro ride. The guides were up front in setting our expectations, the hippos were not in the lagoon near our island, so we were going out for the scenery and the sound of frogs. If four hours makes for a long game walk, than two hours makes for a time to be sitting motionless in a mokoro getting whacked in the face with reeds. The sunset over the lagoon was worth the effort. 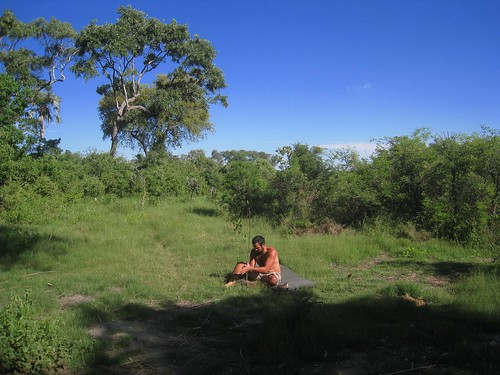 Back at camp, Dion had prepared beef stroganoff, and a bigger fire was built than the night before. Peter spotted a baboon spider running wildly around the area where we were seated. We followed it around with lights for the ten seconds the poisonous arachnid was visible. I slept much better the second night, my t-shirt and sleeping bag having dried quickly in the day's heat. 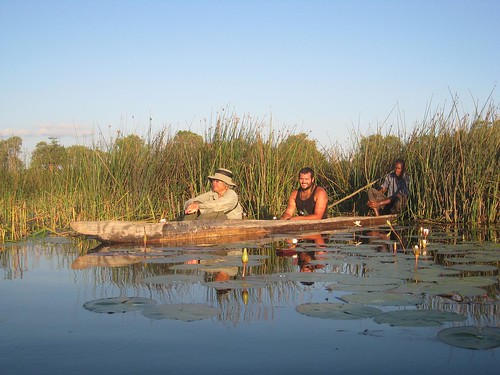 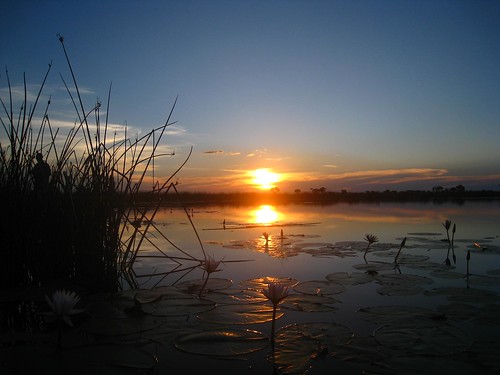