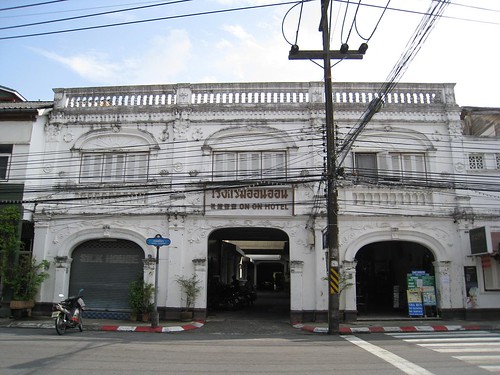 The On On Hotel is Phuket Town's oldest.  Staying there, I felt like I could've been Richard.  It was uncanny, and silly to be making such comparisons with a work of fiction. 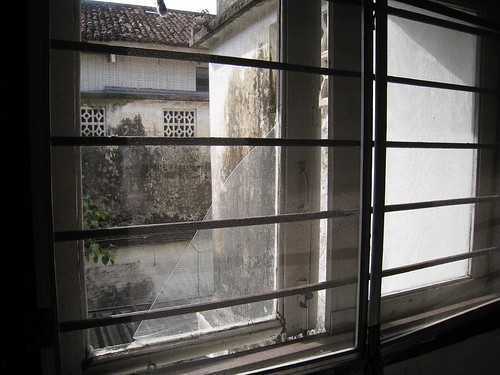 My room had a broken window, and you could see the light of the lobby through the floorboards which creaked noisily.  I thought it added character. 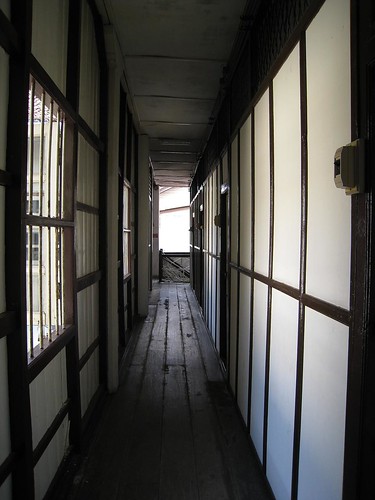 The hallways without windows looked dark, though there were no women washing the floors while sparks flew from a light outlet. 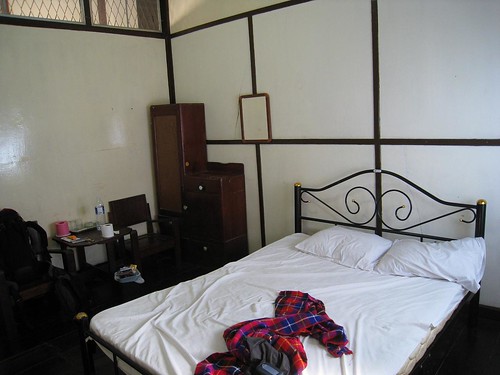 I'm glad I stayed at the hotel for a few nights.  It was a nice change from bungalows, however no one named after a cartoon character left me a map to a secret island before slitting his wrists.  Luckily, it's no mystery how to find the beach (Maya Bay) these days.

They renovated it last year and now it is a luxury place with prices about 1500% higher. Too bad, it really had character!

Thanks for letting me know. Glad I had the chance to stay in the original version :)

Way before the first backpackers discovered Phuket in the 70's, the island was a busy trading hub that dates back centuries. One of the biggest industries that thrived around 100 years ago was tin mining, which brought with it Chinese settlers to work and European ships to trade.

Ships would arrive at Ta Pan Hin and sail down the Klong Bang Yai canal until they reached the centre of town, but the foreign traders had nowhere private to stay. That changed in 1929 when the first hotel, The On On Hotel opened with just five rooms charging 2.9 US cent per night.

The name On On comes from 'un un' in Chinese language, meaning happiness for all visitors. The location was perfect for traders and as demand grew so did the hotel, which expanded to 30 rooms and then again to 49, which is where it is today.

Since the tin mining days declined and the tourism industry boomed, Phuket Old Town has become an attraction in itself with Sino-Portuguese architecture offering a glimpse of how the workers and wealthy tin barons once lived. Visitors can find traditional shop houses and mansions which are now quaint cafes, museums, galleries and more.

The Treasury Village Group recognise the historical importance of The On On Hotel and embarked on the renovation project in 2012 to honour the island's heritage. Re-launching with a new look and new name, The Memory at On On is a happening backpacker hostel complete with cosy rooms and hang out areas where groups or single travellers can relax and meet new people.

Looks pretty good! I would have loved an experience like that! It has character indeed, That's why Danny Boyle chose to film there.

Ok, so actually, you'll have to do your own voice-over commentary for the Beach and post it as a long vid on your blog so I can watch it!