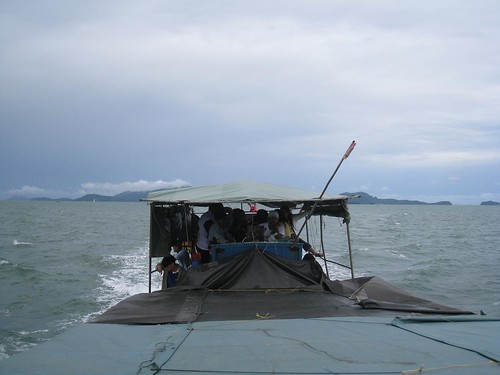 Awoke at 7:30am, got on the back of a scooter at 8am, in the pouring rain, and sped off toward the pier. The ride was even scarier than the day before – wet concrete, sand, mud, leaves. I tipped the guy $1 on top of the $2 charge for an even $3. Happy to be alive.

I hopped right on the ferry and we took off. The rain let up after awhile and the side tarps were rolled up. The 360 degree views were beautiful, with clouds rolling off the jungle-covered hills and islands. The water looked green and wasn't too rough given the weather. 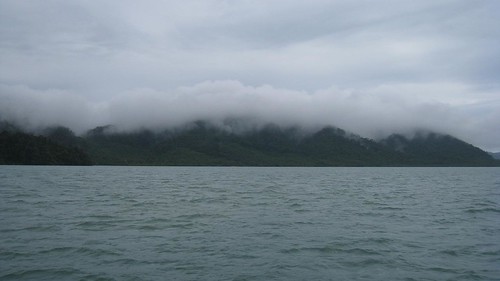 I spoke to a Canadian girl – she'd come to Thailand at 15 with her family on vacation, met a local guy in the north, got pregnant, and has been here the past 3 years. I couldn't imagine the reaction of the parents. The girl just moved to Koh Phayam where they're living with her sister in a bungalow for $120 per month. She's planning to marry the father. 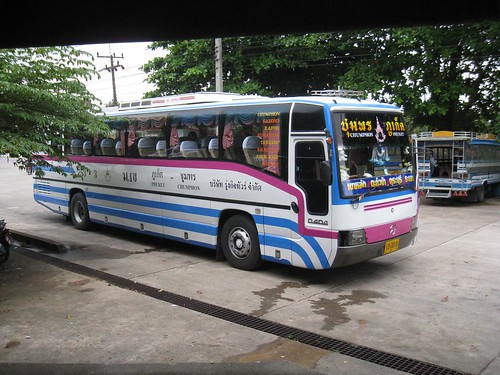 I was able to get a nice bus to Phuket within 30 minutes of being dropped off at the bus terminal. The ride was longer than I expected – about 5 hours. We got into Phuket Town (capital of the island/province) with some daylight left though. I was beat. I decided to stay in the On On Hotel which was where the Bangkok hotel scenes were shot from “The Beach.” I figured why not!?

My mission the following day was to see if I could buy a new camera and AC adapter for my laptop.