The following is a guest post by Viv McCarthy of Acacia Africa.  If you'd like to guest post on Go Backpacking, please read our submission guidelines. 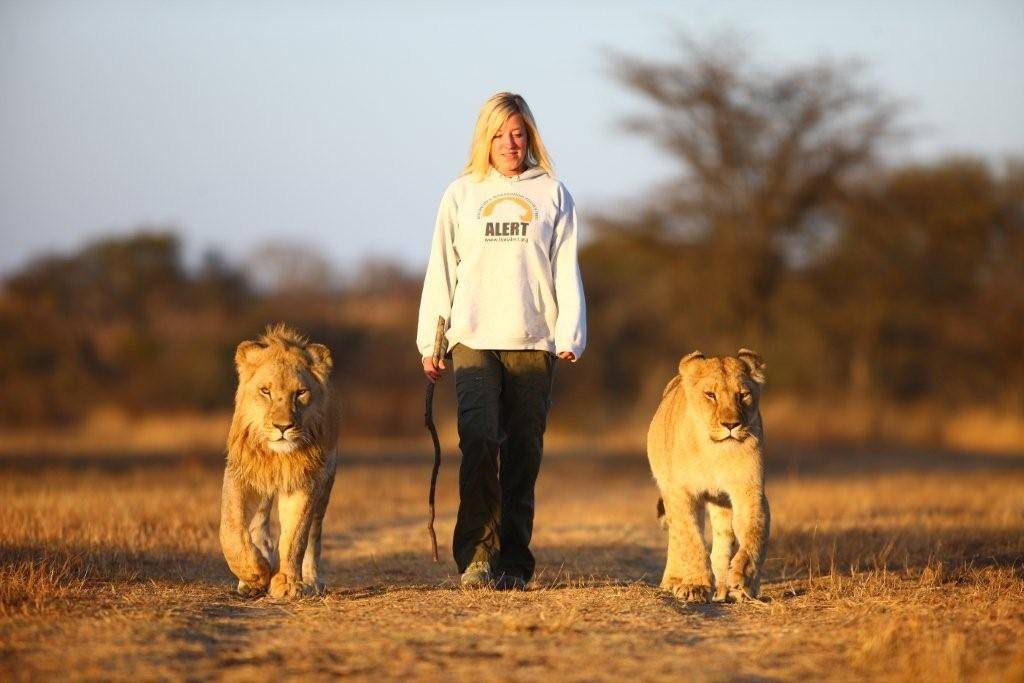 Do overlanders and backpackers have anything in common?

Unfortunately, there's no straight answer to the question, and the majority of independent travelers could be forgiven for thinking that tour based ” adventurism” is just way too contrived. After all, it's the spontaneity of solo wandering that really does it for the singleton heading off on the road alone.  Then again, when you have Africa at your feet, that ” on a whim” notion becomes part and parcel of the whole travel experience, however you decide to dig it. And most people, whether tour leaders or tour buddies have learnt to deal with (and enjoyed) the well, unexpected!

But more to the point, why should you hop on a truck with 24 other continent curious safari goers, especially if you're a one of a kind nomad?  Before you draw a line through the idea completely, here are some bona fide reasons for biting the bullet and overlanding in Africa.

Want to hook up out on the road?  Alex Garland's novel might have faded into the ether over the years, but we've all happened upon those unfortunate urban-travel myths. Switch your guard off over a few Tusker beers in Nairobi, and your seemingly rational choice of travel companion could be a thorn in your side only a few days into your backpacking mission. Of course, if you're in need of a hasty escape route you can always throw the odd white lie into the equation. Feigning illness, visa irregularities or a death in the family have always been popular options, but why bother when trucking across the continent could make the whole post solo journey much less painless?

On an organized trip you'll be interacting with a range of adventurers (and more importantly ” travel buddy” watching).  Put simply, there's just no comparison between overlanding and those brief hostel compatibility checks, and after two weeks or more, you'll know if you're going to be compadres on the continent or just plain destined for disaster after the expedition is out. 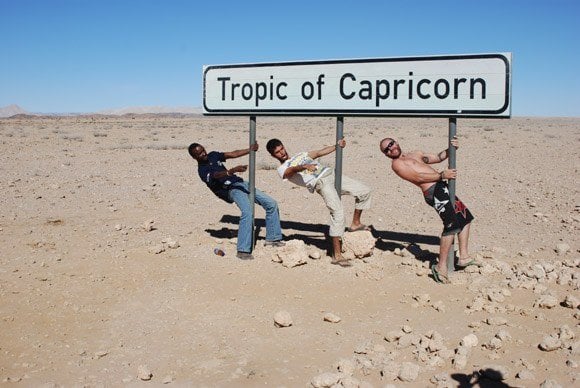 Cause for celebration - reaching the Tropic of Capricorn in Namibia

Africa Virgins!, Whether it's down to safety or general awareness, breaching out into the unknown with little more than a guidebook and a confident ” I've done this before” mentality, is not an assurance that all will be alright on the trip. We travel because we want to step into the undiscovered, and not because we feel comfortable having crossed a few destinations off our list.

Africa has the ability to leave even the most cultured of travelers fumbling at the first location, and while a five to eight week overland itinerary might sound suffocating to the established backpacker, there are some handy bite-size jaunts on offer. Short and sweet options of fewer than two weeks won't be too invasive when it comes to your personal travel time, and you'll have more common sense when it comes to going it alone.

Career gapper envy? As your departure date nears, your rat race friends will no doubt be salivating over your adventurous plans. But sadly, there are two sides to every story, and that once in a lifetime solo jaunt can take its toll on even the most ardent of explorers. Yes, for every burn out career victim there's likely to be a nomad in similar dire straits, so if you're in it for the long haul, an overlanding break is a great opportunity to sit back and enjoy the ride sans the logistics!

Go Off the Beaten Track

Trailblazers Unite!  Some parts of Africa are still relatively undiscovered, and Zimbabwe is certainly one of the hot spots for the David Livingstone-esque junkie.  For obvious reasons, it's not on everyone's hit list, but if you're a modern day explorer, now is the time to hit the trail.  Those crowd free game drives in the Hwange National Park won't be on offer for long, and there's just something about traveling through a country that hasn't hit the mainstream.

Of course, jumping in all gung-ho isn't a no-no, but a registered tour operator will be constantly monitoring the situation on the ground, peace of mind for anyone choosing to wander through more avant-garde Africa.

According to the blogging community, voluntourism has retained its status, as the major buzzword in travel.  Trawl the net and you'll find a never-ending list of non-profit organizations willing you to pitch in, closely followed by a multitude of principled adventurers with an even longer list of reasons to give back.  Not wanting to burst your ethical bubble, but no one individual is the same, and it might be better to get your feet wet on a short stint before going the whole hog. A brief voluntour experience on an overland expedition could give you some welcome insight on what to expect when signing up to similar projects, and a well-rounded appreciation of what's required before making a more serious commitment.

So backpackers, don't throw the towel in when it comes to booking a tour, as an organized itinerary could expand your ” travel-psyche” in more ways than one!

About the Author: Vivian McCarthy is the General Manager of Acacia Africa, a company that specializes in offering overland and small group safaris, adventure holidays, voluntours, city and beach breaks & tented lodge safaris.  He visits Africa once or twice a year and has a particular soft spot for Kenya, Tanzania and Uganda, because, he says, ” these places are less simply less predictable, and that's part of the joy of traveling.”  Follow Acacia Africa on Twitter @AcaciaAfrica.

Meanwhile I'm the exact opposite to most people at commenting and will comment if I have the tiniest little thing to say, probably cos I started commenting with TwentyMajor's blog that almost instantly goes off topic.

This is getting a bit more subjective, but I much prefer the Zune Marketplace. The interface is colorful, has more flair, and some cool features like 'Mixview' that let you quickly see related albums, songs, or other users related to what you're listening to. Clicking on one of those will center on that item, and another set of "neighbors" will come into view, allowing you to navigate around exploring by similar artists, songs, or users. Speaking of users, the Zune "Social" is also great fun, letting you find others with shared tastes and becoming friends with them. You then can listen to a playlist created based on an amalgamation of what all your friends are listening to, which is also enjoyable. Those concerned with privacy will be relieved to know you can prevent the public from seeing your personal listening habits if you so choose.

Apple now has Rhapsody as an app, which is a great start, but it is currently hampered by the inability to store locally on your iPod, and has a dismal 64kbps bit rate. If this changes, then it will somewhat negate this advantage for the Zune, but the 10 songs per month will still be a big plus in Zune Pass' favor.

Honestly don't know why I keep this website in my feed. It's just glorified advertisements.

Hey Andy, I thought a lot about whether I wanted to accept a guest post from a travel company (in this case Acacia Africa). In the end, I decided to offer it up, but to be honest, I don't think I will do it again as you're right, it does come across as a glorified advertisement. Sometimes I need to publish an article before I get a true sense of how it comes across to readers.

If you've been reading awhile, you'll know this is not the norm for my guest posts. I've had dozens over the past year since I opened the blog up, and I've always denied ones from companies, so I could focus on the experiences of other independent travelers.

Also, we always disclose when a post is sponsored or paid for.

Lastly, I just scheduled a rebuttal to this post from a woman who traveled independently through Africa with her husband. Check back November 1 as it was a very poignant response.