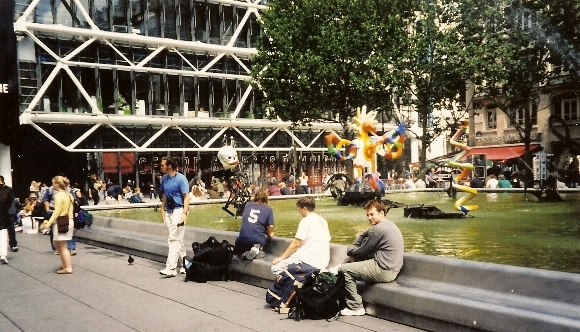 My 4 friends and I take a break at the fountain outside the Pompidou Museum.

I've been reflecting a lot lately on how my style and approach to travel has evolved and matured since my first backpacking trip to Europe in 1998.

Last month I turned 35 while traveling here in Ecuador, and I think the decisions I make are a reflection of my age.

Don't get me wrong, I still feel a spritely 21 at heart, but my priorities, travel knowledge, life experience, and packing list have come a long way.

To show you what I mean, let's compare my 1st visit to Paris on the 1st day of my 1st backpacking trip abroad, with the 2nd trip to Paris, 10 years later.

I arrived in Paris the day of the 1998 World Cup Final in which France was taking on mighty Brazil.

Summer in Europe wasn't even my idea, it was my friends, and I couldn't let them have all the fun.

We spent the whole first afternoon cluelessly walking around downtown Paris, with our large backpacks, sweating buckets in the Summer heat.

We walked through parks, and past the Pompidou, trying to find a hostel. As you can imagine, it wasn't easy given the country was host to the World Cup.

Eventually, we found our way to a mouse and roach-infested budget hotel near a northern train station.

The group decision had already been made to leave Paris for Amsterdam the following day.

In the evening, we continued walking the streets, looking for a bite to eat. They were empty.

Everyone was watching the game, but since neither I nor my friends cared for soccer at the time, we were simply concerned with filling our stomachs.

I was wearing a totally new outfit, purchased for the trip, including:

In my backpack back at the hotel, was a cassette player with 3 mixtapes of my favorite music at the time (punk/alternative), a 35mm camera, 8 rolls of film, and a small spiral notebook and pen for writing my deep thoughts during the trip.
I was blind as a bat, wore glasses, and had a receding hairline I hadn't fully picked up on yet. Picture the enthusiastic (but nerdy) guy in the Eurotrip movie — that was me!

After France won, everyone poured into the streets to celebrate. Large crowds were walking towards the Arc de Triumph.

Firecrackers were being thrown around indiscriminately, scaring the hell out of me as they went off nearby.

We marched with the Parisian masses before ducking into the metro and heading back to our hotel around 2  AM.

The next day, my and my friends left the most popular city in the world without really seeing a single site.

As our flights home were all out of Paris, the idea was to leave the sightseeing for the end of our trip. 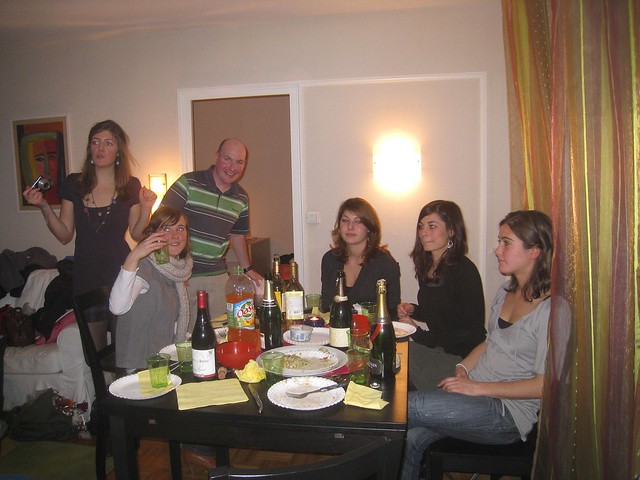 Hanging out with pretty French girls on New Year's Eve

Fast forward 10 years, and I'm 13 months into a solo trip around the world.

I'd started in Tahiti, and worked my way West through New Zealand, Australia, Asia, India, Africa, and had spent my 2nd Christmas away from home pouring back Belgian beers and absinthe with new friends in Brussels.

Afterward, I visited my Dutch friend Gela in Holland. We'd met through the Travbuddy.com site for a 10-day trek in the Himalaya earlier in the year.

In Paris, I was greeted at a metro station by Laura, a 20-something French medical student I'd met on the train from Varanasi to Agra, India.

She would be my host for the several nights I spent in Paris during my 2nd visit.

We visited Montmarte, hung out with her friends, ate great food, stopped for a photo-op at the Eiffel Tower, and walked down the Champs d'Elysees, which was beautifully decorated with blue lights at night for the holidays.

In addition to opening her home up to me, the random American she hung out with for a few days in the middle of India, she'd also invited me to ring in the New Year with loads of champagne and cheese at her friend's house party in a Paris suburb.

It was the French Grey's Anatomy.

I was still wearing the same North Face pants (I've since destroyed in favor of jeans), but I'd had LASIK surgery, resulting in 20/20 vision, and embraced the shaved-head look.

I was using the same 30L Gregory backpack I had 10 years earlier, however, the contents had changed.

I listened to music on an 8 GB Creative mp3 player as light as a feather, took thousands of photos with a Canon digital camera, and drafted blog posts on a small (1st generation) ASUS netbook. 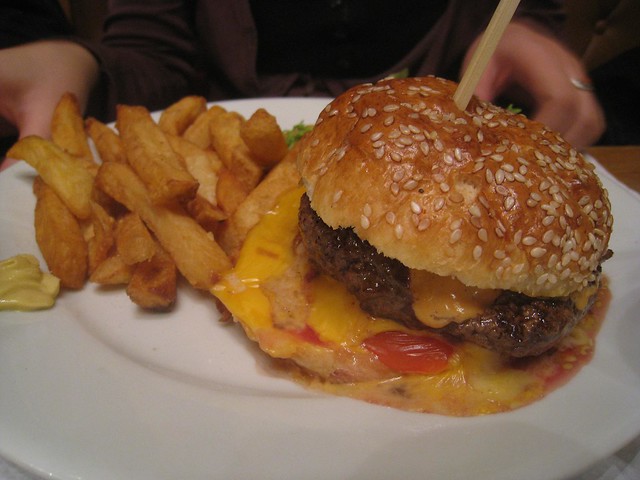 Looking back, I can see how far I've come as a traveler. Looking ahead, I have a good sense of how my personal travel style will continue to develop.

Running a business on the road means privacy, comfort, and Wi-Fi are more important to me than ever before.

Luckily, a whole new slew of Internet-based services are available to help home and property owners rent out apartments to travelers, be they on the move for leisure or business.

I can already imagine my 3rd trip to the world's most romantic city. I'd rent one of the many Paris apartments for the holidays.

Maybe I'd reconnect with Laura, or other Parisians I've met in the meantime.

And I'd finally make it a point to visit some outstanding sites of interest, like Jim Morrison's grave and the Catacombs, while spending the rest of my time in restaurants and bars enjoying the rich foods and wines France is known for.

My first trip to Europe was in the fall of 2003. I remember bringing a GSM cell phone and marveling at how amazing it was to be able to call anyone at any time "from Europe" no less! Add to that the internet cafes and we were unstoppable. When I went to China with my family 11 years before that, communication was still limited to post cards and/or very expensive phone calls from the hotel.

I first went to Paris in 1989, I took the overnight bus/ferry combo from London- it cost very little and took about 12 hours from memory. I needed a visa (NZ passport), had to change pounds to francs, and found some scummy hostel hear the train station, probably recommended by my Go Europe! guide. I couldn't afford to go up the Eiffle Tower, but I did discover the beauty of the French churches.

Fast forward to 2010, I took the 2.5 hour journey on the chunnel, no one looked at my passport, the euros worked all over Europe (except the UK- some stuff doesn't change!) I had checked out a cheap hotel near the Gare du Nord - looked OK on tripadvisor - but it was full - the place next door I never found any hint of online - but it was cheaper and quite pleasant.

Paris actually seemed not to have changed much - compared to London or Berlin!