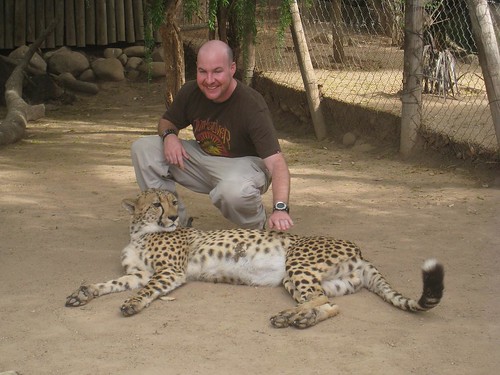 The thrilling Thai Tiger Kingdom experience fresh in my mind, I splurged on time with both the cheetah cubs and adults. They were much smaller than the adolescent tigers. In the adult's cage, I was struck by how slender a profile they present from above. Tall and narrow, they are built for speed, a feline counterpart to greyhounds. 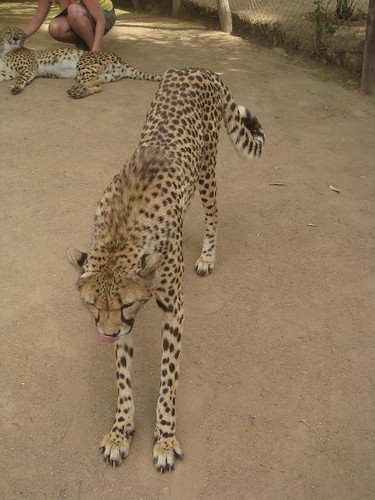 Due to their flexible spines, they have the unique ability to keep their head propped up and alert while laying down. One of the handlers said they can even sleep in this position. The thickness of the black hairs making up the spots varies from the golden hairs which assists with heat distribution. 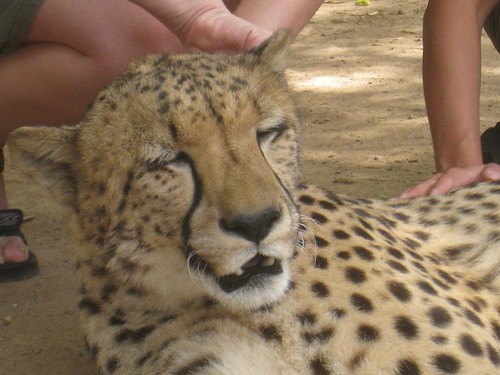 Unlike the tigers, I could feel the cheetahs purring when I petted them. I was slightly unnerved by the male, and soon switched to the smaller female. Neither cat could be bothered to sit up for me as they did with a few of the other tourists. 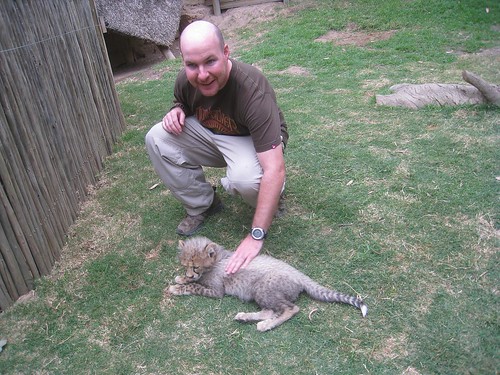 The three month old cubs were a bundle of energy, running around the enclosure chasing after each other. My time with them was rushed as a queue had formed. 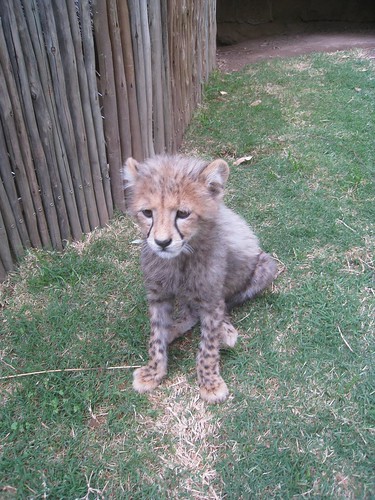 Back at Backpacker's Paradise, I celebrated the ostrich once more, this time with Carla, a German-American, and an older (50's or 60's) Swedish couple who generously shared their wine with us. Afterwards, Carla and I shot some pool, a common offering in the bar area of the hostels.