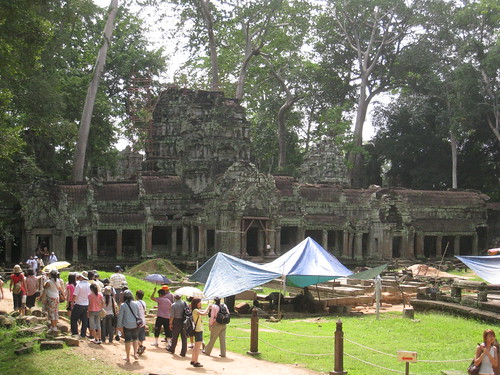 I met Alice at 8:30am, ate a great, fluffy banana pancake, and headed off to meet Phillip and Sandy. 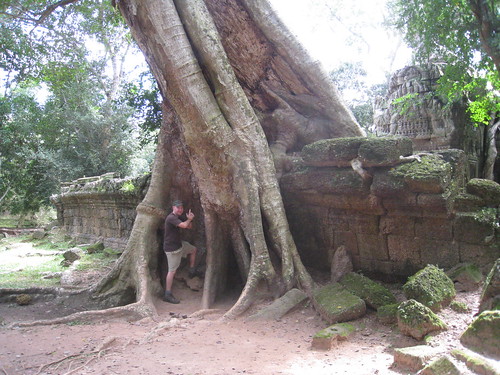 We spent almost two hours exploring Ta Prohm, which is better known as the ” Tomb Raider”? temple as scenes for the video game inspired Angeline Jolie movie by the same name were shot there. 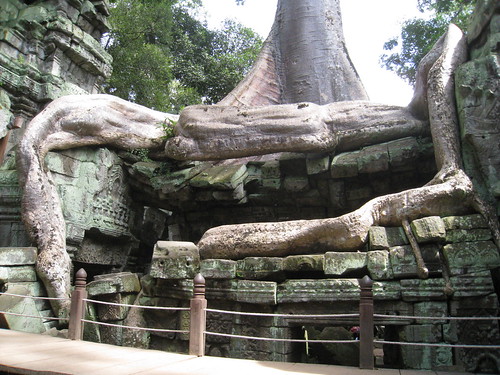 It was my favorite temple of the two days because it hadn't been cleaned up. The jungle and its giant trees were still asserting themselves over crumbling stone walls. We had fun exploring the interior and taking campy photos. 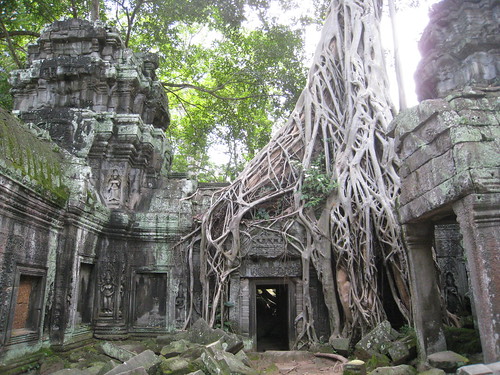 The heat and humidity soon got to me. We visited one or two more temples nearby, and then got lunch at a local restaurant where our hostess/waitress was a young girl, no more than 12 or 13. Phillip commented that the service was better than at some places in Germany, and while I thought it was good too, there was no getting around the sense that kids have to grow up a little too soon in this country. 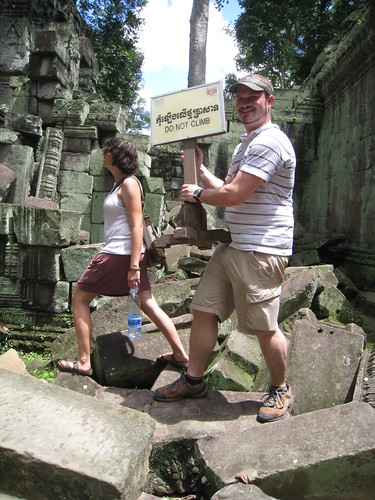 I bought a copy Lonely Planet Laos for $5 because I don't like the Lonely Planet Southeast Asia On A Shoestring. I wanted to lessen my dependence on guidebooks after Thailand, but it was too vague, and there were far too many jokes. Clearly, the target audience was 18-25 year olds, and I'm approaching 32. If anything, I realized an appreciation for the country-specific guides I'd been using until now. I also bought a copy of ” First They Killed My Father, A Daughter Of Cambodia Remembers”? by Loung Ung. I purposefully waited until arriving in Cambodia to start reading about the Khmer Rouge. 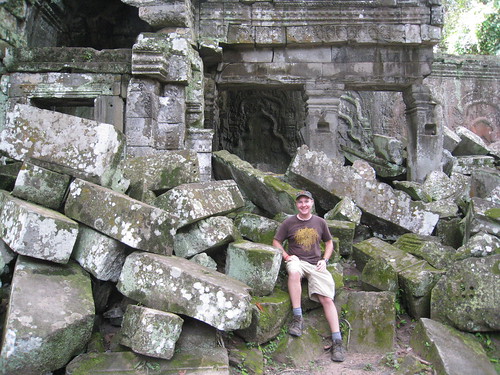 In the evening, Phillip and I ate near the hotel, at one of the many great restaurants. He was the first to leave our little group, heading down to Phnom Penh in the morning. Hanging out with a German meant I wasn't about to escape a few beers. The first two were my idea to ensure he wasn't drinking alone, but the third was only at his insistence. 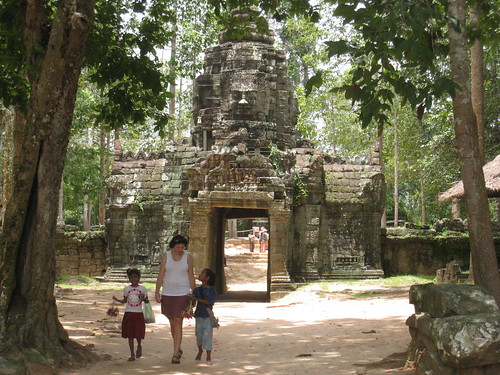