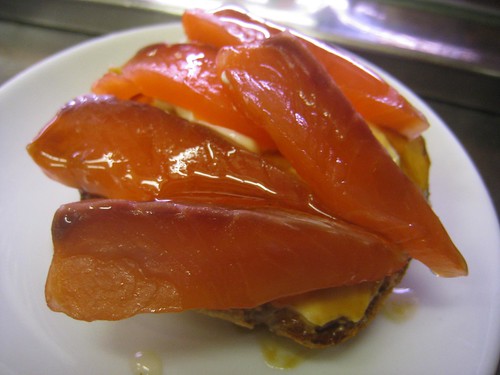 So I'm lounging on my couch after two late nights of partying in Medellin, waiting to be picked up by some new friends to spend the night at a finca (country house) for the first time, when Anthony Bourdain's No Reservations comes on the TV.

It's an episode on Spain, and the second segment is shot at a tapas bar in Barcelona.

It looked VERY familiar…and then I saw him devouring one of the same salmon with cream cheese, honey and soy sauce tapas that I enjoyed there back in early January! 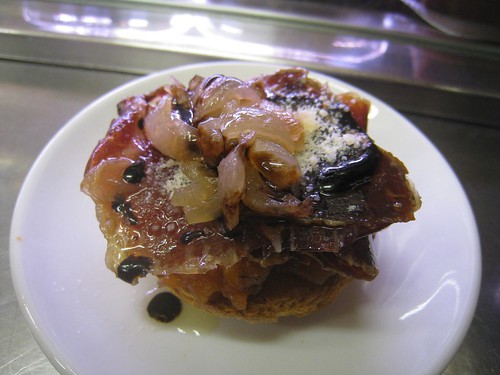 Not your average tapas

He was going on and on about how great the ingredients and food were.

Of all the tapas bars in Barcelona, it turns out I go to the one he had visited!  What are the odds.

Maybe that's why the Spaniard whose hostel I was staying at picked that location – so he could casually refer backpackers to one of the best tapas restaurants in Spain.

And since I didn't give the experience more than a paragraph in a prior post, I wanted to revisit it and share a few more photos. 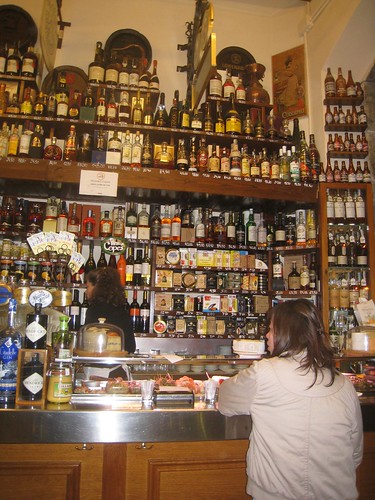 Tony's blog post entitled “Envy” which was written to correspond with the Spain episode.

yes, seriously best tapas i've ever had. the tapa with the salmon and cream cheese was by far my favorite - also, the tapa with pate and caramelized onions. thanks for the recommendation!http://aslightfigureofspeech.blogspot.com/

A good friend recently bought me a great map/guide for Barcelona that came with special code to access an online database at Alacartemaps.com, ideal for creating your own romantic culinary itinerary

wow looks yummy and if it was featured in no reservations then it must be the best :D thanks for sharing