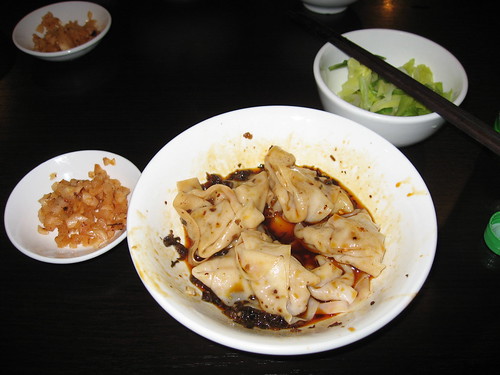 I awoke from my slumber around noon'ish. Charlie's couch was quite comfortable, and his sleeping bag kept me sufficiently warm. As Charlie had to fly somewhere for a DJ gig Saturday night, his girlfriend Jody (Chinese) offered to take me out. Our first priority was food, pork dumplings! I got a small spicy bowl and was in heaven. 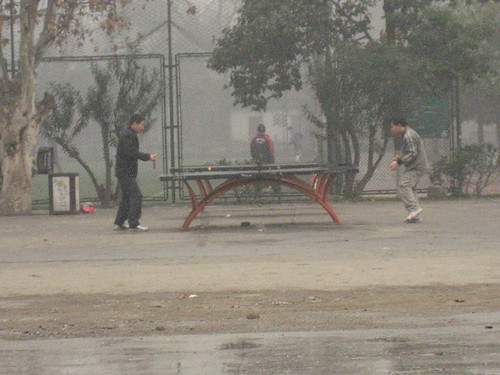 We walked through the quiet campus of Sichuan University as drizzle turned to rain. I had a hankering to use the internet, and since WiFi is common at the western restaurants, we ducked into Peter's Tex Mex where we sat at a table on the second floor. 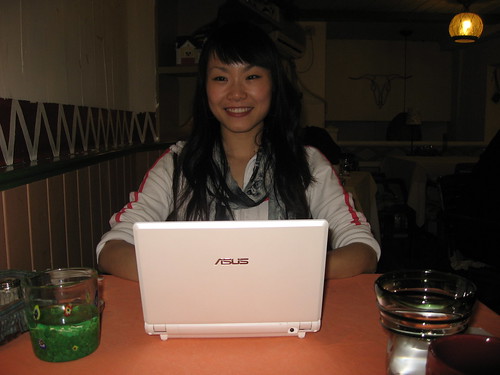 Email was checked, magazines were read, food was eaten, conversations were had, and we enjoyed bottomless cups of tea for hours (me green, Jody rose). It reminded me of Gili Trawangan days in Indonesia.

Later that night, Jody collected me at the apartment and we took a taxi to The Hemp House, which was decorated as you'd expect. It actually had more of a 60's era beatnik vibe than Rastafarian. We were there for a performance of modern music on traditional instruments by one of Jody's friends. I couldn't describe it if I tried. Think new age hippy-dippy with an Eastern slant.

As we listened on couches up in the loft area, a band of four Russian women sat near us. Fashion sense was not their forte, and Jody confirmed the Russians tend to dress weird. One looked like a hooker, in a short dress, thigh high boots and ugly, freaky long fake purple nails. My conversational opener ” Do you speak English”? as though I'm speaking to Martians didn't get me far.