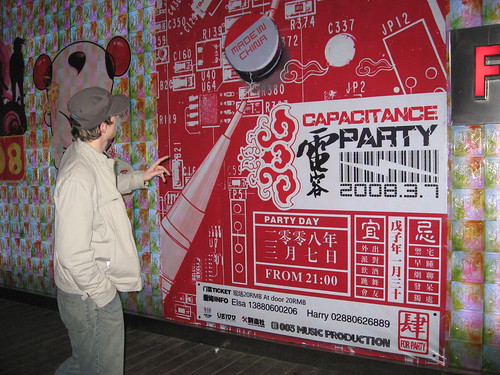 After the bus ride from the airport, we walked to a favorite restaurant of Charlie's which served pork dumplings. A big bowl arrived for each of us, with the dumplings sitting in a pool of red oil. At home, I'd be horrified of such a sight, thinking it was a sign of unhealthy food. In Sichuan, I quickly learned these pools of oil accompany most dishes and equate to tasty flavors and spicy heat.

A short walk and a mere 7 flights of stairs later, we were in Charlie's apartment in southern Chengdu (near the US consulate). He shares it with Wu, a younger Chinese DJ. We continued to catch up on the past few years, and reminisce about old times (we previously lived together in northern Virginia from 2001-2002).

Charlie took a trip to Japan and China over three years ago, and found a new home in Chengdu, the capital of Sichuan in southwestern China (on the eastern edge of the Tibetan plateau). He earns a living by deejaying in clubs all around the country. 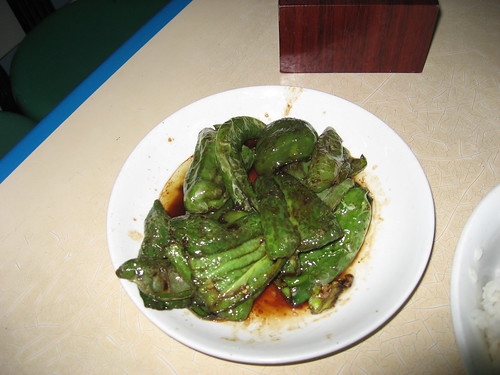 My arrival was on a Friday, so we had a full night ahead of us. Conversation continued over dinner which consisted of an array of tasty dishes at a little restaurant outside Charlie's apartment complex. Earlier, he had explained to me that the dirtier the restaurant, the better the food. By the looks of the cigarette butts on the floor, we were eating some damn fine food! 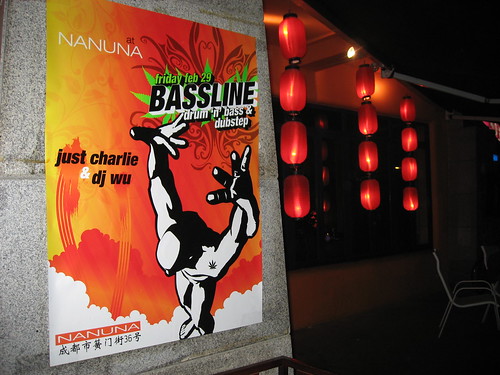 We headed to La Cafe Panam(e) first, however it was quiet, so it was off to a British pub, The Leg and Whistle, for mugs of Tiger beer. Plenty of westerners in the joint, which was quite small. The happy English bartender/part-owner was enjoying a beer as well. Next, we grabbed a taxi to a cool (by anyone's standards) lounge called Nanuna. Along the way we picked up a few of Charlie's friends, Rachel (UK, DJ) and Jovian (San Francisco, DJ/music producer).

As I enjoyed a Bombay Sapphire and tonic, I noticed the occasional odor of weed permeating the air. To my surprise, it is smoked rather openly. I was told that the police are more concerned with the harder drugs. In the same vein, they apparently don't give out speeding tickets, and I can surely attest to the fact that jaywalking is not a crime! I guess the Chinese authorities have bigger fish to fry. 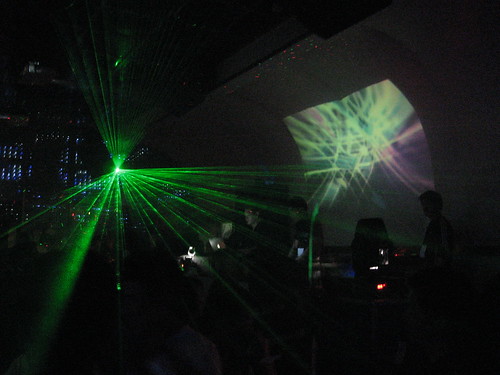 Our final stop for the night would be Fair Club where a bunch of Chinese DJ's would be spinning in the back room. Initially, we passed through the main room which was very crowded. There were plates of fruit on tables, along with the drinks, which threw me off a bit. We were the only westerners in the back room for the first hour or so, and it was a cool feeling. Later, about 15 others arrived and it didn't feel so exotic anymore. 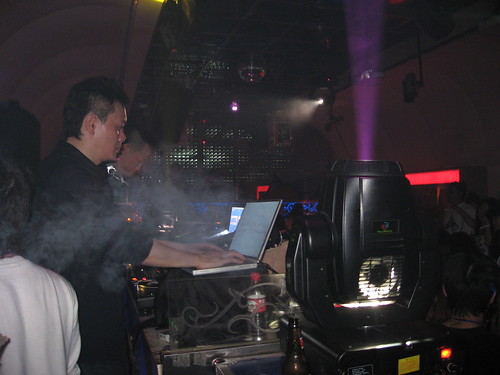 The music was good and loud, the lasers beaming all over the place. Again, there were people smoking joints openly while unarmed security guards in bulletproof vests looked around (for show, per Charlie) and a Chinese woman mopped the floor around the dance floor every few minutes. To top off a night of many surprises, American Budweiser is a popular beverage here!