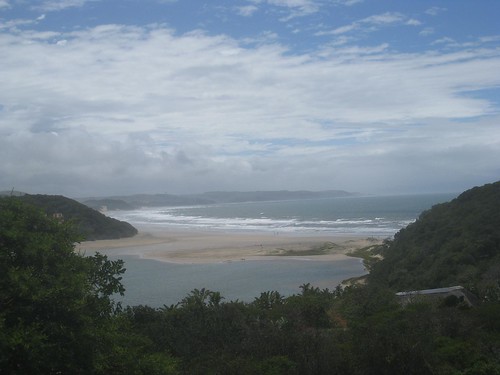 Posters around Buccaneers alert visitors to the severe shortage of clean water in the region, so the cold front which began to sweep across South Africa's coast was a good thing for the locals. Not so much for us tourists who had limited time to enjoy any given location. I felt bad for the new arrivals my second day. Their view of Chiantsa was clouded by the weather….and the hangovers of those who partied the night before. 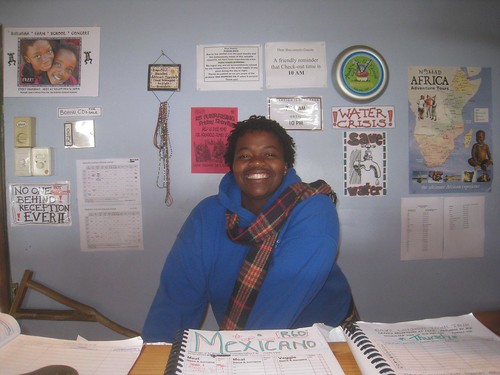 Enough support was drummed up for a few games of wineball in the afternoon, though my participation was limited due to sore thumbs from the day before. Indian food was on the menu for dinner, and since only a small number of people signed up ($6 is too much for many young travelers), we ate by candlelight in the breakfast area which is actually part of the owner's home. After dinner, I sat and talked with Marta, a soon-to-be doctor from Holland, Jamie (UK), and a few others around the small wood-burning fire in the bar. Too tired to even manage a few games of pool, I went to bed early. 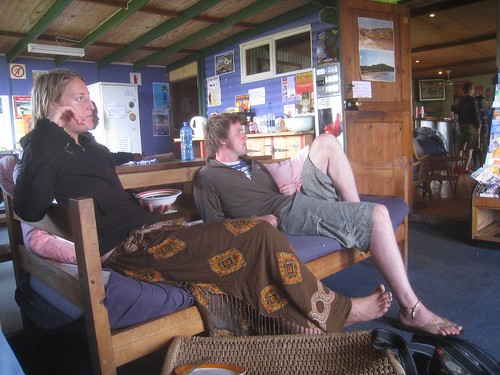 The next morning brought more rain. My plan was to stick around another two nights to catch a weekly recital put on my local children (in exchange for donations). Cabin fever was taking a firm grasp on the guests, so Mbali (one of the staff) picked up a few DVD's in town for us to watch in the afternoon. She also popped a giant bowl of popcorn, made little s'mores, and brewed some hot chocolate. 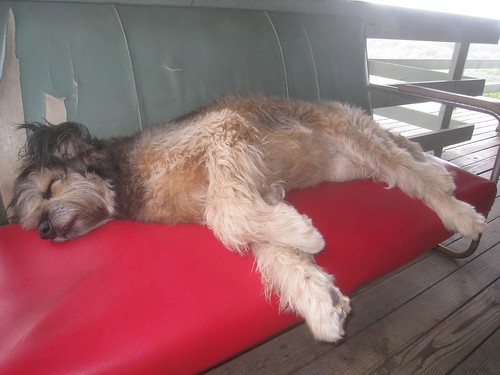 The first movie, Insanitarium, was obviously a horror flick. The plot follows the gardener guy from Desperate Housewives as he pretends to be insane, resulting in his commitment to a mental hospital where he then intends to help his sister escape (because she's all he's got). Once inside, he finds himself trapped in a place where an evil doctor is experimenting on humans. The unintended side effect of his serum is a thirst for blood, which soon turns everyone into flesh-eating zombies. The writing was so bad, and the scenes so graphic and absurdly gross, we couldn't wait for it to end.

I was more excited about the second movie, Harold and Kumar 2, Escape From Guantanamo Bay. I thought it stood up well to the original, though what happened to Neil Patrick Harris seemed a bit harsh!

thanks for the information i will apply that.

interesting site it really learns me a lot.

thanks for the information i will apply that.

interesting site it really learns me a lot.

Happy 1 Year Dave!!! Wow.... feels like it has flown by on this side of the computer.... looking forward to your reflections on your last year and what the next few months hold for you!!! Such an awesome and inspiring journey.