If during the course of my travels, I have the chance to visit locations used in movies and TV shows, I'll always do my best to take them.

Actually, I'll even go out of my way to take them.  It makes for a novel experience, and sometimes that's all it takes.

And on my recent trip to Los Angeles, I was excited to add The Dresden, which lays claim to the infamous Swingers scene above where Vince Vaughn gives Jon Favreau the “you're so money” pep talk.

On my last night in town, after meeting some of Stephanie's friends at a tweetup in the Los Angeles Farmer's Market (where, incidentally, we spotted Fred Savage and his family looking for a late lunch), we headed over to The Dresden.

We entered through the front door and were immediately within the dark lounge where the scene had been shot.

It was empty, but I was already visualizing Marty and Elaine singing “Staying Alive” and the guys from the movie sitting down in their regular booth.

I picked it out correctly from amongst them all along the wall, but before I had the chance to suggest we move over there, a group of girls snagged it. 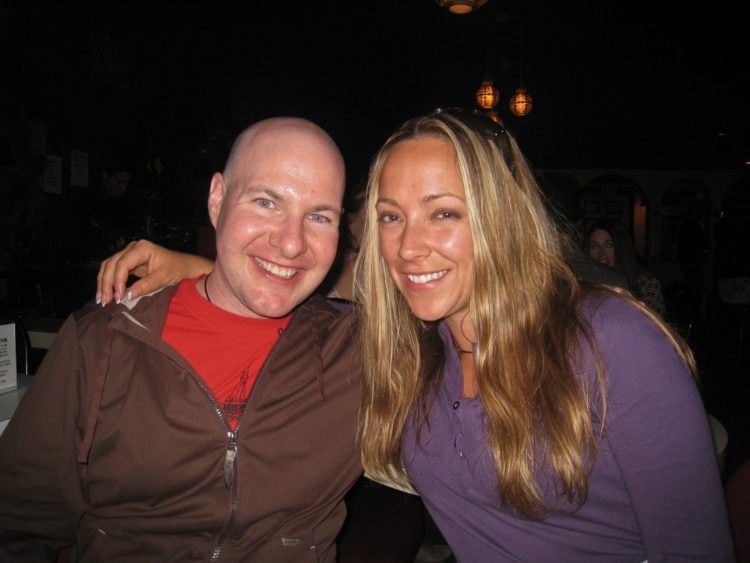 Reuniting with Summer, a former coworker

Joining us were Joel from Freedonia Post and Melanie and her husband from Travels With Two.

One of my former coworkers, Summer, who had made her way across the country while I was busy traveling, also stopped by.

She was loving California living, and after a few sunny days in the area, I was starting to see the appeal as well.

Later, several of Steph's friends from the tweetup also joined us, and the whole lounge, which looked straight out of the '70s, filled up.

Around 9 pm, Marty and Elaine started to play the piano and sing. While they sound just as kitschy in person now, as they did in Swingers 15 years ago, they are serious musicians.

In other words, if you go to The Dresden, enjoy their music, but refrain from breaking out in uncontrolled laughter.

They took a break after their first set, and during the second, Marty gave up the mic to a few guest crooners.

At the end of the night, when I asked for the tab, after multiple Grey Goose and tonics, I was surprised to find they were cheap!  About $6 a piece.

No wonder, after all these years, The Dresden still packs a good crowd in on a Saturday night.

After all these years, I'm still a fan of Marty and Elaine. This post is reminding me to get back there soon!