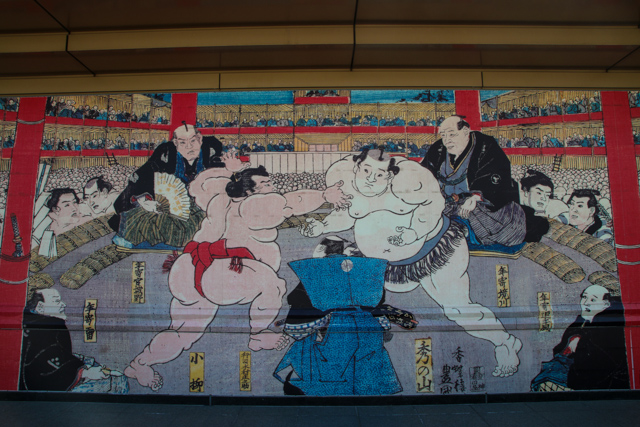 [I] have to admit, I was pretty bummed when I found out there weren't any sumo fights taking place during my visit to Tokyo.

Sumo wrestling is not only a part of Japanese traditional culture and famous worldwide, but I've always thought it was such an awesome sport.

What could be better than eating as much as possible every single day and then taking to the ring to push your opponent out of bounds, and then going to eat some more!?

Actually, there's a lot more to sumo wresting than that, and when I was in Tokyo, though I didn't get to see any of the wrestling action, I did have a very fun time wandering around the Ryogoku area of Sumida in Tokyo, also known as sumo town. 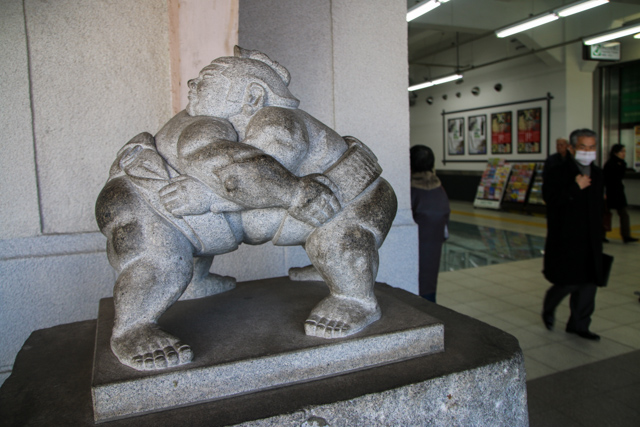 Even when you exit the metro station at Ryogoku, you're greeted by statues of sumo wrestlers, and there was even a snack stall that was selling sumo wrestler snacks – must be high calorie snacks!

The entire neighborhood is dedicated to sumo wrestling. 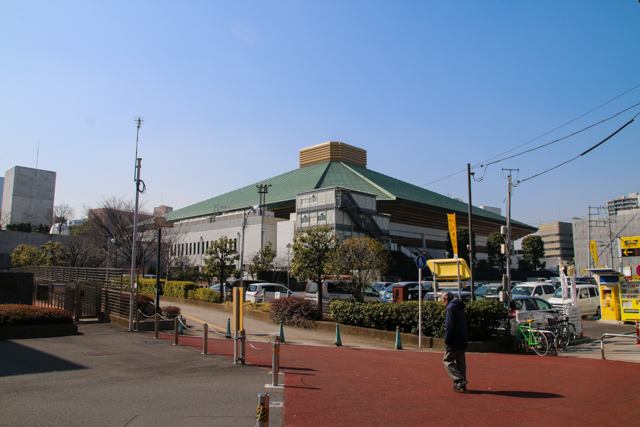 The main place where sumo wrestling in Tokyo takes place is the Ryogoku Kokugikan Sumo Hall, the big sumo stadium.

Like I mentioned before, I unfortunately wasn't in Tokyo during a month of wrestling, but there's still a small sumo museum which is open year round.

My first stop on our sumo tour of Tokyo was the museum, which is free to enter.

The museum is located right at the base of the stadium and is filled with small wooden models of sumo wrestlers in fighting positions, demonstrating the different methods of winning a fight. I had no clue there were so many methods and strategies of beating an opponent.

The museum is open on weekdays from 10 am – 4 pm daily (closed weekends and holidays). Entrance is free. 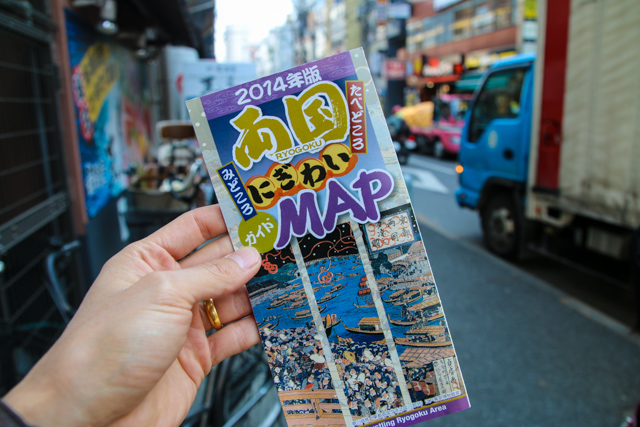 Another thing you'll find at the museum for free is a Ryogoku area map.

The map includes information about sumo wrestling and then goes through and lists some of the most famous restaurants in the area where you can eat a traditional sumo meal.

I didn't have plans to eat a sumo meal until I saw the map, and then a feast of a lunch became my immediate priority. 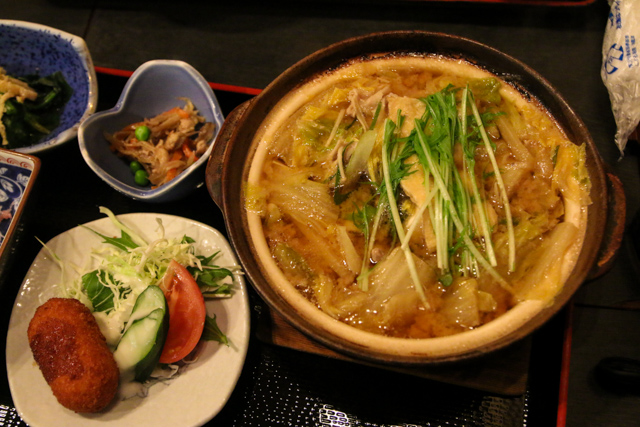 There were a bunch of different restaurants listed in the guide, so we just ended up choosing number 3 on the list. The outside was marked by sumo flags with big Japanese colorful letters written on them.

We stepped inside to be greeted by a kind lady and led upstairs to the dining room which was filled with people.

I ordered the chankonabe lunch special, a hotpot stew of vegetables and pork cooked in a rich pork and miso broth. The set also came with a big bowl of rice, a couple of different pickles, a side of sashimi, and some small deep fried fritters.

The stew, rich in calories, and known as a favorite among sumo wrestlers, was a pretty well rounded meal, and it was extremely delicious as well. The meat and vegetables were tender and the soup was seasoned with a light miso flavor and packed with pork broth.

It was an excellent satisfying meal. 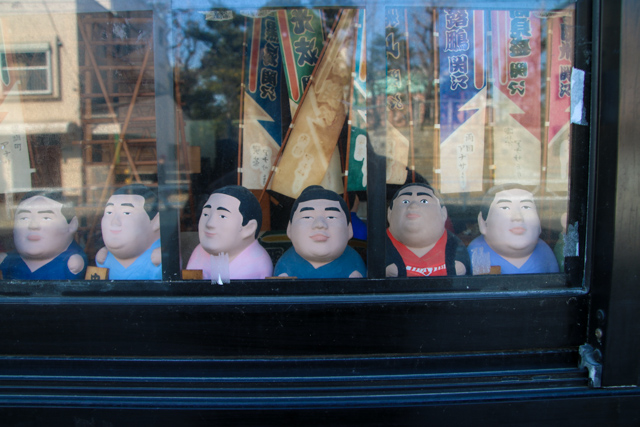 After our delicious sumo sized lunch, we wandered around for another hour or so, browsing through various sumo shops in the area, and then headed back to our hotel.

There is so much Japanese tradition and rituals that surround the sport of sumo wrestling.

I hope that next time I'm in Tokyo, I'll be able to attend a tournament and maybe even tour one of the sumo stables. 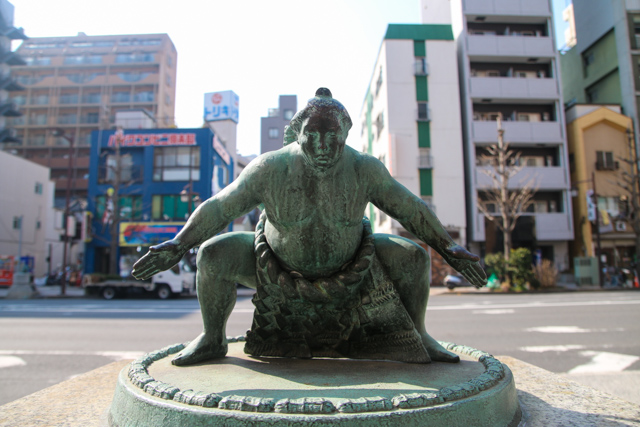 If you happen to be visiting Tokyo when a sumo wrestling tournament is taking place that would be awesome, but even if you visit when there are no tournaments, you can still have a great time wandering around Tokyo's sumo town.

Japanese praise the art of Sumo wrestling as they are pretty serious about this. Tokyo is very famous for its technical wonders, but it is also famous for Sumo wrestling that takes place there. People around the world come to see the Sumo tournaments, and the Sumo wrestlers have to train very hard in order to be crowned the champions.

As always Mark, the food photos you post are positively drool-worthy! Hope to make it to Japan next year!

I was lucky enough to by in Tokyo for the grand final day of the Grand Sumo Championships last September and spent the day watching it in the arena which was awesome and I highly recommend it. What i didn't know what that there is other sumo related thugs to see in this area. Thanks for sharing and I will be sure to explore this area more indepth when I return to Tokyo someday!

I think you meant to say related "things" not "thugs" right? :)

How awesome you were there for the championships!