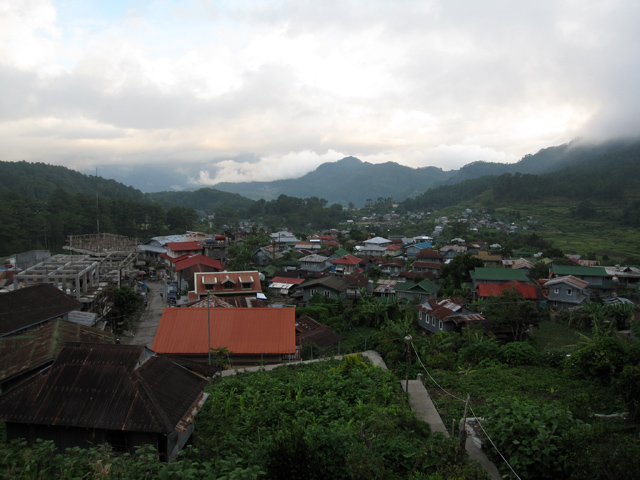 [W]hen I got to Sagada, I just couldn't believe I was still in the Philippines.

To get there I took a public jeep, and since I had arrived to the bus station as one of the last few customers, I had to take a seat on the top roof rack. The air and view from the top of the jeep was impressive, but the hard bars on my butt weren't so comfortable.

The jeep wound its way up the steep mountain road that was virtually empty of traffic.

Every now and then we'd pull over on the side of the road to drop someone off, pick up a new customer (who would then join myself and another five or so other guys on the top), and we'd zoom off again.

The higher in elevation we got, the cooler and fresher the air became. Trees changed from tropical low elevation shrubs to pine trees and evergreens sprouting from the side of the steep rocky mountains. 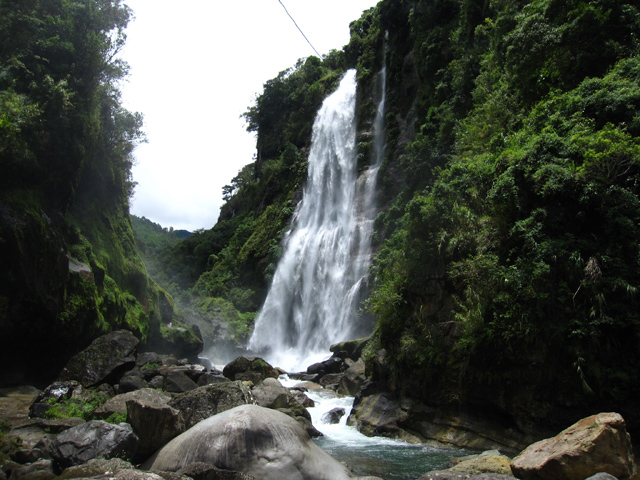 Nestled in a small basin surrounded by mountains and beautiful greenery was the gorgeous town of Sagada.

Just from the drive up, I already knew it was going to be one of the most enjoyable places I had ever been.

Even the homes and guest houses were so much different from the rest of the Philippines – built to handle cold weather and each home was stocked with fire wood. I checked into a nice family guest house that was built of wood and gave me that homely feeling of a log cabin.

One day I hiked to what’s known as the Big Falls. The trail led through a number of beautiful rice farms (similar, but much cooler than Batad), up and down small hills, and through rock passages until the valley opened up and I could feel the spray of the water.

Despite the cold water, there was no way to miss out on a refreshing swim. 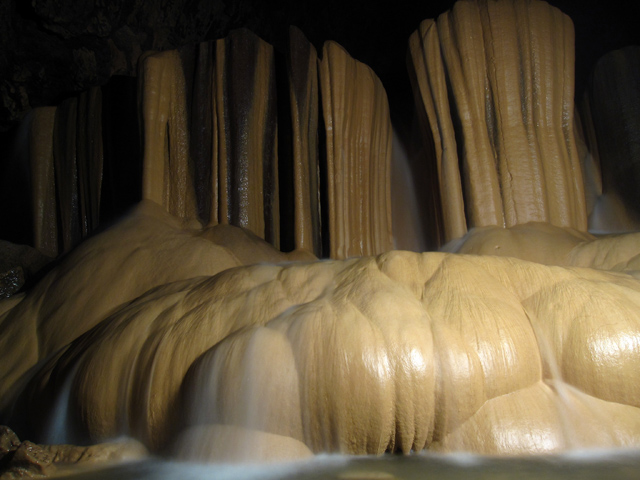 Sagada's cave system is another attractive reason to visit.

Unlike some caves that are specifically set up for tourists with neatly organized walking platforms and permanent lighting fixtures, Sagada's caves were the real deal.

You hire a guide who proceeds to fire up a lantern, and off you go into the breathtaking cave. The gushing water over the sandpaper textured rocks was an unbelievable sight. 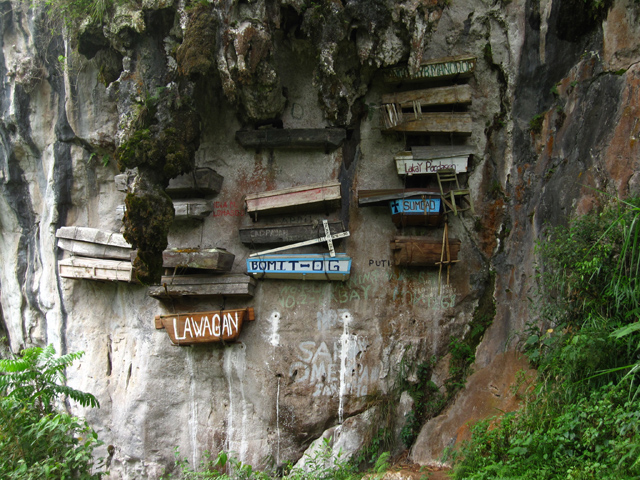 Yet another interesting part of visiting Sagada was witnessing the traditional way of dealing with the deceased, in coffins which are hung on the walls of the rocks.

I don't begin to know all the burial customs and practices, but I did notice that many of the coffins were tiny – possibly 4 – 5 feet in length – some even smaller.

My cave guide mentioned that limbs were either bent or broken in order to fit a body in the coffin. 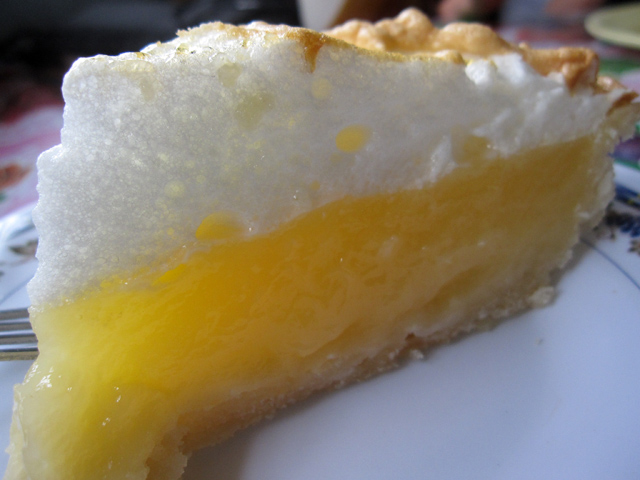 Even the food was completely different in Sagada.

There were cafés that served fresh hot coffee and famous lemon meringue pie. Things I had never imagined eating in the Philippines like blueberry pancakes were also available, and pretty good too.

But perhaps the best thing about Sagada is that is was extremely quiet. There were literally only a handful of other visitors when I was there (maybe it’s become more popular now).

It was the ultimate place to take a breath of fresh air, take quiet walks around town, and read my book with a piece of pie and a cup of coffee in hand.

"When I got to Sagada, I just couldn’t believe I was still in the Philippines."

Very true. Pretty much everyone has this impression about Sagada. It really does feel different from any other place in the Philippines. I took a friend of mine there earlier this year and he was amazed by the place. He said it reminded him a lot of Lord of the Rings. He should know, being from Wellington, New Zealand. Beautiful place, Sagada. :)

Yes, Sagada is a magical place. I was with family and friends more than 10 years ago. If quiet walks, fresh mountain air and unobtrusive friendly locals are high up on you list, this is a place to visit. Sagada is a contrast to Baguio City which is frenetic and crowded.

The lemon meringue looks delicious. That's something worth a visit. =)

Would love to visit Sagada Falls and Sagada Cave and see the hanging coffins!I've seen Maria Cristina Falls in Mindanao and it's also beautiful.

I read the whole post but the only thing that attracted me was the Lemon Meringue Pie. I want to taste it too much. :))

What a beautiful place! A little eerie about the coffins and the limbs being broken. Your pic of the cave is stunning. I love it. So smooth-looking. Postcard pic right there!