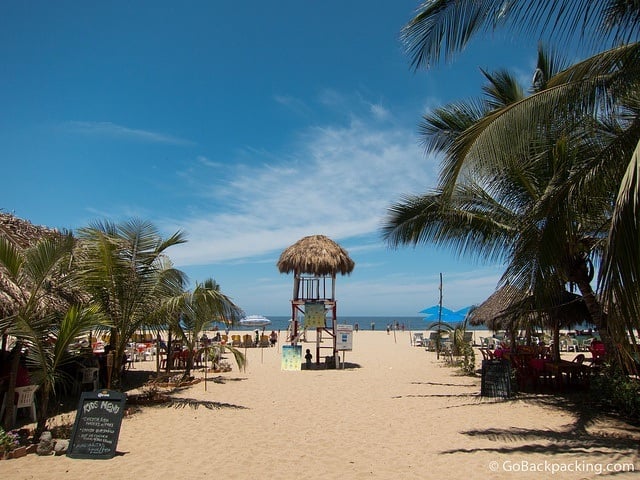 [F]ifteen minutes north of Sayulita is San Pancho, which is also known as San Francisco, an even smaller beach town popular with hippies.

Seriously, it's on the scale of Ecuador's hippie beach town of Montanita, with a population of just a few hundred residents.

Only San Francisco doesn't offer good conditions for stand up paddle boarding, or swimming, due to a strong current.

Instead, expats like my friend Shannon are content to meet every evening on the beach to watch the sunset (an advantage to living on the Pacific coast vs. the Caribbean). 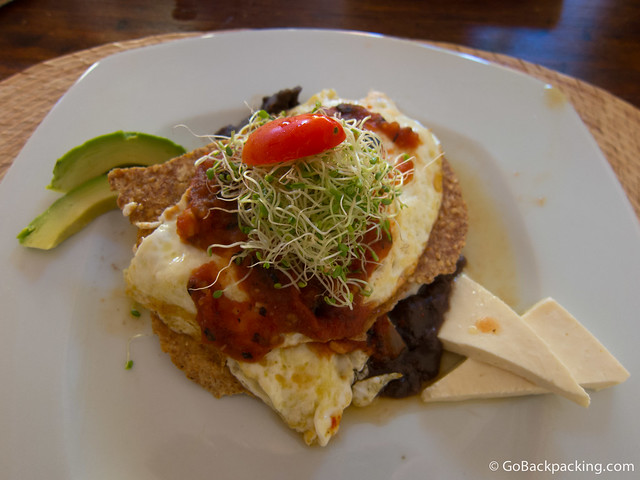 Speaking of Shannon, she just wrapped up three months of living and working in San Pancho.

The day after our visit to Sayulita, Christine, Drew, the kids and I met her there for brunch at the all-organic Bistro Organico in the Hotel Cielo Rojo.

The restaurant was situated on a patio on the ground floor, with a small water fountain and pool, which one adult customer actually used to take a full-on dip.

Christine took lots of photos, and posted them over on her blog, Almost Fearless.

After finishing my organic huevos rancheros, I asked the waiter about the “chocolate avocado pudding” advertised on a board in the restaurant.

Unfortunately, the chefs on duty didn't know how to make the dessert. The combination intrigued Christine. 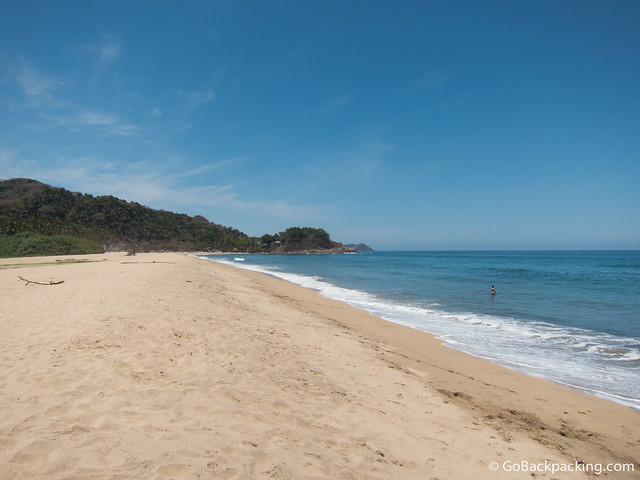 View to the left on San Francisco beach 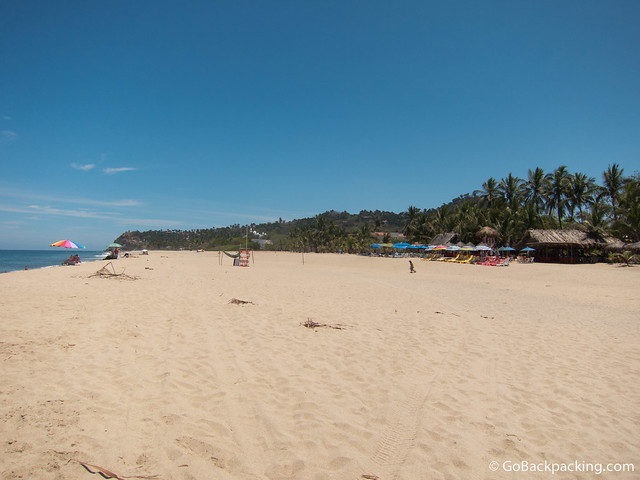 View to the right

After a very satisfying lunch, we hit the beach.

But it is less crowded, and prettier than Sayulita.

And as I understand it, a recent storm caused heavy erosion, which is why there is a steep drop-off in the level of the beach as you approach the water. 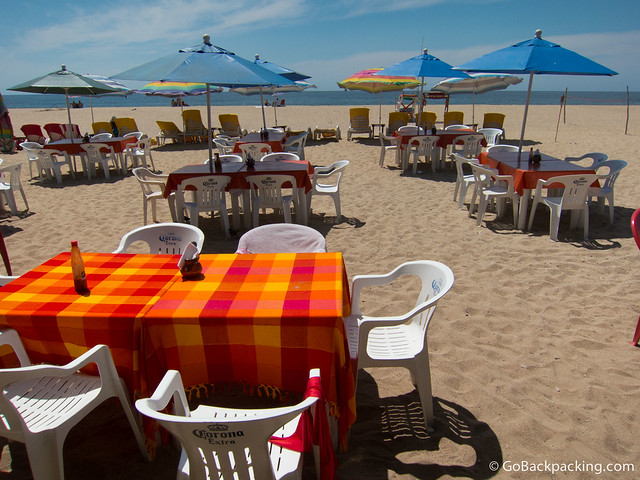 View from a restaurant. It appears the lack of surfing means fewer visitors to San Francisco, versus Sayulita.

The start of low season seemed to have a bigger effect on San Pancho, which was practically deserted on the Sunday we visited, compared to Sayulita the day before.

I left the beach in an effort to find some cold medicine at a pharmacy.

Despite its diminutive size, San Pancho does feature a hospital, which was part of a former President's project in the town. Apparently, he also built a house for his mistress there. 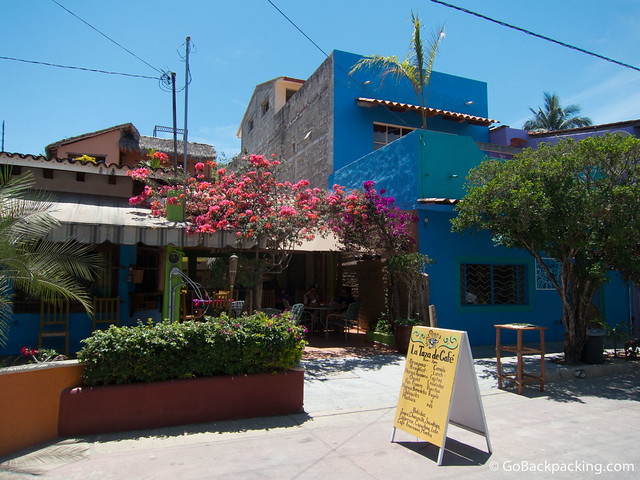 I liked the look of San Pancho, with its colorful cafes, and opportunities to practice yoga, but the town would be too small for me to live in for a few months.

Sayulita is more my size, and I'd always have the option to visit San Pancho.

Shannon felt the opposite, preferring to live in San Pancho, and occasionally visit Sayulita.

After spending a few hours in San Pancho, we once again packed up the car and kids for the return drive to Bucerias. 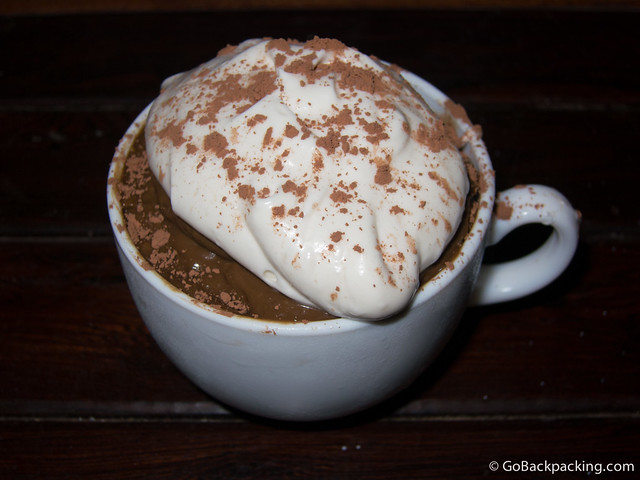 Later that afternoon, Drew picked up supplies for chocolate avocado pudding, which Christine, bless her heart, decided to whip up that night.

The mixture was so rich and creamy, I was unable to finish the cup she served me above. I saved the second half for the following day. Delicious!

I am still sad I haven't tried the pudding -- I going to have to hunt down some avocados and see if I can make Christine's recipe. Hope all is going well down south for you Dave! :(

Must.try.pudding! Yes, it's good to be back in Colombia, though I miss the tacos.