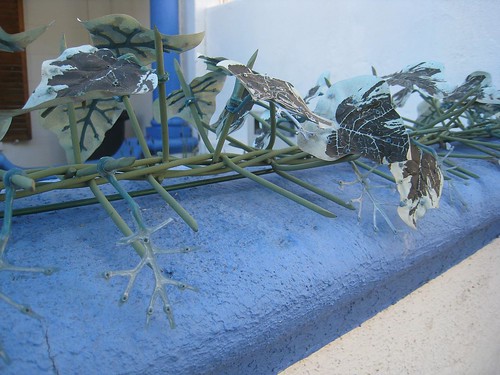 Barbed or electrified wire line most of the walls enclosing homes and businesses in and around . Prison style bars block window access while metal gates are common outside doors. Security company signs broadcast armed response to intrusion. Long Street and the train stations have their own security patrol of unarmed men and women during the day (in fluorescent-striped vests and hats). Most of the time they seem bored, though I did walk past one of them separating two arguing men on Long Street.

I received a lot of mixed messages about what is and isn't safe. One local who helped me find the train station for the first time said the train is safer than taxis, while another person said the opposite. And neither are safe after dark. Walking alone after dark has been the occasional reality during my trip, though I learned enough from my encounter to stay out of alleys. In , I was uneasy walking down Long Street before the sun even went down. It was noticeably devoid of people despite being a popular district, day and night. 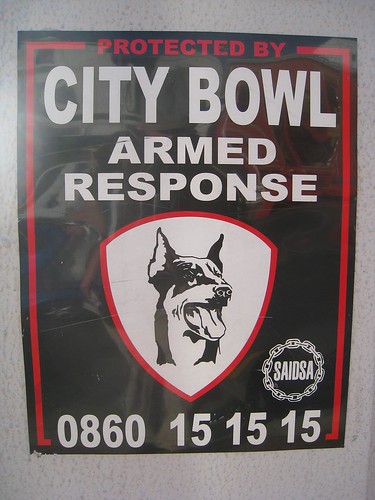 Even though I was ending my days before the sun went down, I found it hard to give up the freedom of movement I took for granted elsewhere. It felt as if I had a curfew. In my mind, if I didn't get back before dark, there was a high probability I would be robbed.

My first threatening encounter since didn't come at night. Just the opposite, it was in broad daylight on a crowded sidewalk. I walked out of the train station and found the bus stop where you can catch a 35-cent ride to the waterfront (and vice versa). The bus being boarded was for a different location, so I stood there looking around, considering whether to ask someone about the bus I wanted. 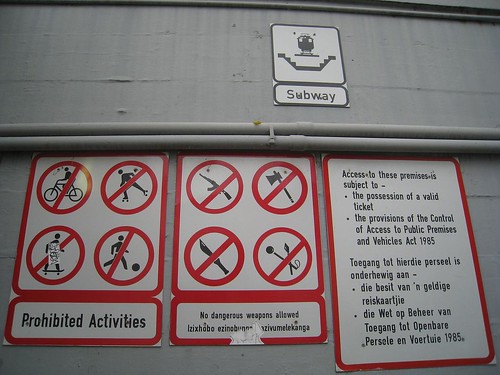 I wasn't there more than a minute when a young man tightly grabbed my right arm, pulling himself closer to me. Whatever he was trying to sell me, I declined with a straightforward ” no.”? When he didn't let go, I took a few steps toward two older men sitting on some stairs outside an office. The aggressor maintained his grip, pleading in (a phony) desperation not to pass judgment on him. I looked at the two men and without words they could tell I needed help. One of them said something in Afrikaans (one of the 11 official languages) which resulted in the aggressor releasing my arm and walking away quietly.

The man who helped me then proclaimed the guy was about to rob me. I stood within the office for a minute, still processing what had happened, before the helpful man ushered me to a taxi driven by his friend. I agreed to the $4 fare for a ride to the waterfront, while the cab driver who was told about what had just happened tried to assure me is a good place, and that I was just in the wrong place at the wrong time. If I hadn't been enjoying the city for so long already, I might not have agreed.

One thing everyone agrees upon, and the continent's financial center, is dangerous.

Apparantly in SA you can legally fit flamethrowers to your own car in order to deter car jackers. Cool blog by the way!

I'll have to keep an eye out for those! For the most part, gas stations are full service for safety reasons.

Apparantly in SA you can legally fit flamethrowers to your own car in order to deter car jackers. Cool blog by the way!

I'll have to keep an eye out for those! For the most part, gas stations are full service for safety reasons.