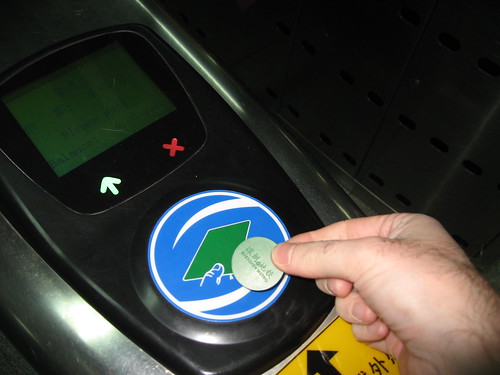 I managed another Skype call to Michelle and set up a time to meet her outside a metro stop in her neighborhood. I invited Adam to join us for the day's excursion. The metro was easy to navigate as there is only one full line operating. Shenzhen has gone from a fishing village to super-wealthy border city in less than 30 years. The big office buildings are all new, and the metro's first line just opened two years ago. According to David, 85% of the 10-million some residents are illegal. Take that America! 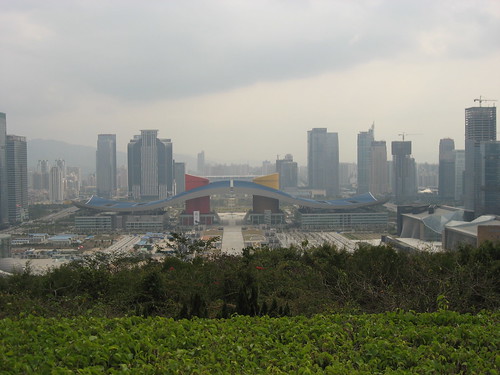 Upon greeting Michelle at the metro entrance, we walked to a nearby Lianhua Mountain Park. We walked up the hill to a large sculpture of the Chinese leader who followed Chairman Mao. He had a great panoramic view of Shenzhen below. On the way down, music began to play from the faux-rock speakers I had noticed along the paths. More odd than the piped in music was the fact that the first song of the day was Auld Lang Syne, followed by Adel Weisse. A normal walk in the park turned surreal. 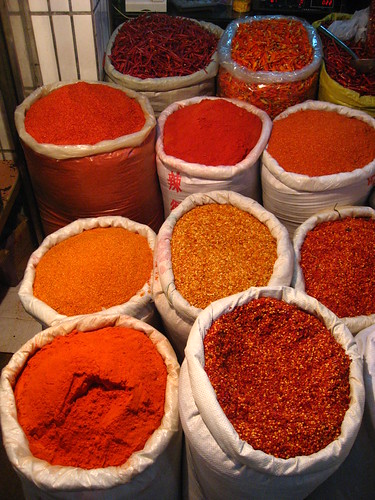 Next, we caught a bus to a big food market where we ambled past fish heads in the seafood section, chicken' feet in the meats area, and fresh fruits and veggies. Tons of stalls also operated indoors, offering everything under the sun including spices, mushrooms, dried seafoods, and every day household items. 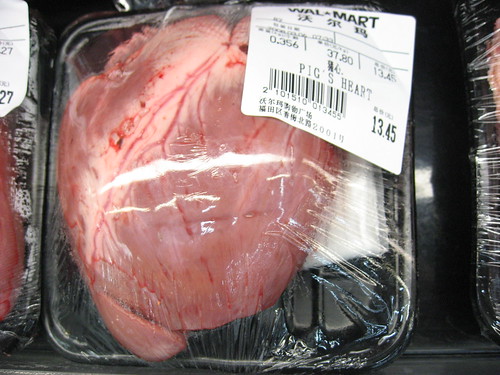 I was curious to check out Walmart in China, and found it to be much the same as what you'd find in the USA, except for the food offerings. A giant vat of pig's knuckles and live softshell turtles were unlikely to stoke the appetites of most Americans in the heartland.

We stopped back at David and Michelle's apartment for a rest, and met up with David in the evening for another tasty dinner. He suggested we play a bit of snooker, and I was game for a new game. 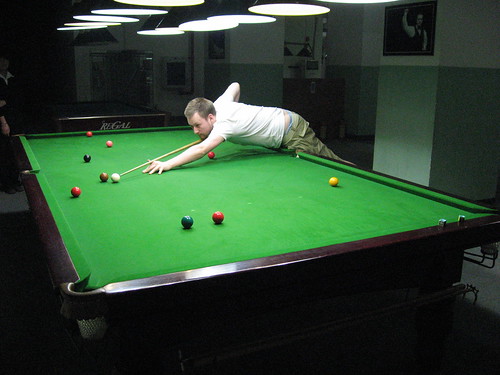 Adam was able to identify almost every photo of a snooker player in the pool hall (on account of them all being British or Irish), while I looked at the gigantic table and wondered how anyone could manage to knock balls in accurately. To my surprise, I edged out Adam in a game that went on for quite some time. Soon after, we said goodbye to David and grabbed a taxi back to the hotel. I had a plane to catch the next day.

One of the officials in Shenzhen had said that Shenzhen can surpass Hong Kong's economy in the next 5 to 10 years, because Shenzhen is fast becoming an economic powerhouse.