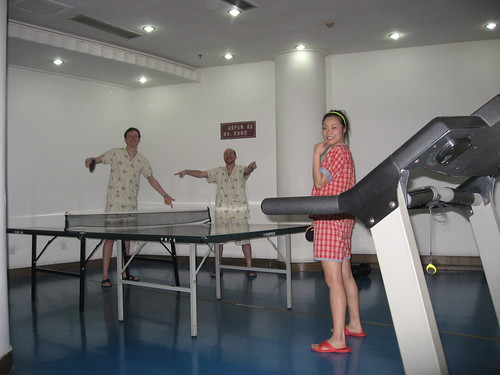 Around 1 am Charlie, Jody and I arrived at a 24-hour spa.

We spent the next four hours swimming around in four pools of varying sizes and temperatures, playing ping-pong in the provided pajamas (which gave us the distinct look we were in an insane asylum), and sweating out the toxins in steam and dry saunas. 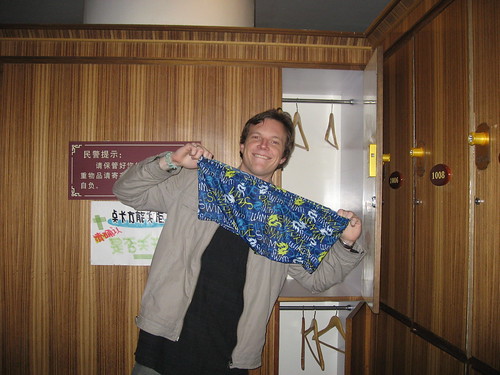 A few funny moments occurred. First, as we put our stuff in lockers, Charlie explained to me how Western-style bathing suits were often mistaken for shorts by the Chinese.

A moment after we walked into the pool area, an exchange occurred in Chinese.

Charlie told me they had asked whether we were going to change into bathing suits which cracked us up.

Secondly, before the sauna, Charlie got a cup of water and after a big gulp immediately spit it out, saying it tasted like pool water.

I tried it as well and thought it was more akin to sweat. Once we were in the dry sauna enough to work up a nice sweat, Jody left and went to get a cup of water.

I motioned to Charlie that she was about to drink the bad water as we watched through the glass, expecting her to spit it out too.

To our surprise, she gulped it down, and even refilled her cup!

When we emerged with quizzical looks, she explained the health benefits of drinking saltwater. I'll stick to lemon-lime Gatorade. 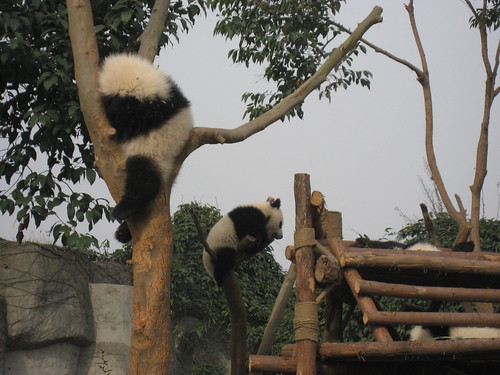 I had booked a half-day tour to the Giant Panda Research Base through Sim's, and since it left the guest house across town at 8:30 am, I didn't go to sleep after the spa.

The adult pandas were cute while eating their morning bamboo, while the baby pandas playing around were about as adorable as an animal can get. 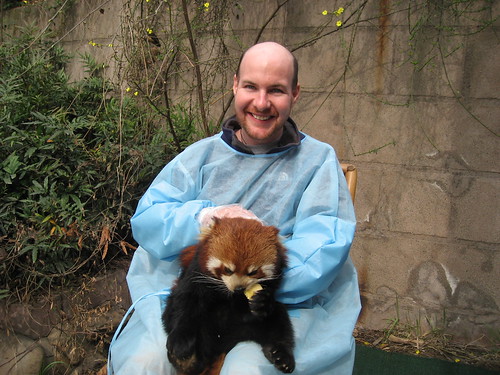 I paid $7 to hold a Nepalese Red Panda, though he was too busy eating his fruit to look at the camera. It was worth it to feel it's tiny heart beating. 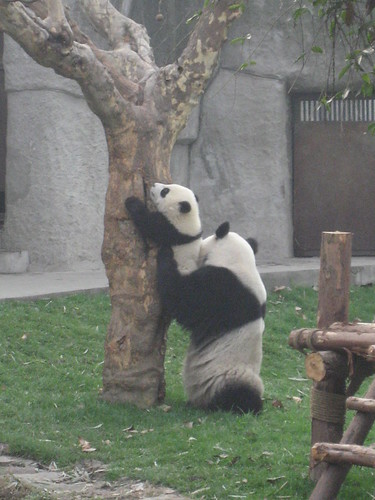 After being up 27 hours, and catching up on a little sleep during the afternoon, I ordered a Sichuan-style pizza from The Mutts Nutts, a fairly new Western-owned pizza place in the area.

It came with tons of peppers and ham, very good!

Charlie has a lot of movies, concerts, and shows on a server, so I picked out Chungking Express since it was set in Hong Kong.

I really enjoyed it, and only afterward found out how well regarded the 1994 movie is among critics.

Good job Thank for information, I'm looking for it

Good job Thank for information, I'm looking for it

Wow that's a pretty amazing spa Ive ever seen, because do you a have a panda,

Sweet blue spacesuit did you get to keep that :p

Negative ghostrider, we tried to snag the pajamas but it was a no-go.

Sweet blue spacesuit did you get to keep that :p

Negative ghostrider, we tried to snag the pajamas but it was a no-go.