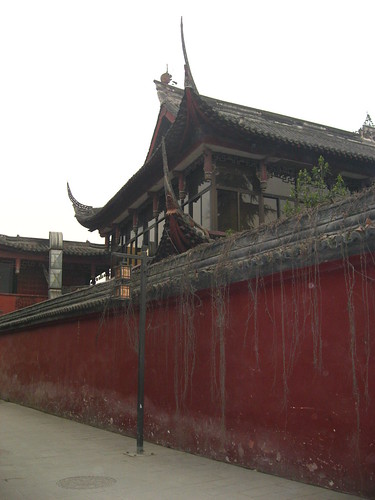 With my train arrangements in order, I joined a couple of British girls at the restaurant in Sim's for lunch. They were in the first week of a 6-month trip. Meeting people at the start of their trip always reminds me of how I felt at that time, now almost 4 months ago! Hard to believe I'm racking up the months so quickly. One of my favorite aspects of travel has always been the feeling that each day abroad felt like a week at home. On this trip, the longer I'm gone, the quicker the days seem to go by. 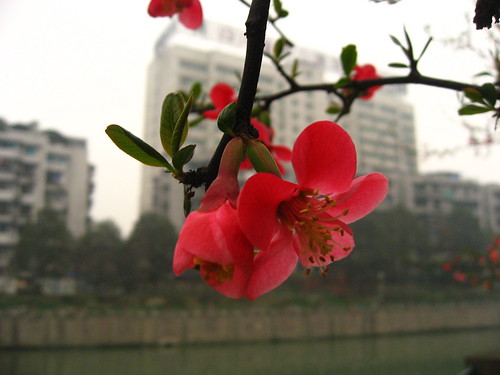 After my lunch of fried rice, I headed toward nearby Wenshu Monastery. The maps I use for navigating the city do not appear to scale, and thus what seems like a short distance is inevitably longer, especially when you factor in wrong turns and backtracking. In the case of finding the monastery, I was glad to take a wrong turn because it lead me along a small park by one of the rivers. Flowers were starting to bloom as winter gave way to spring. 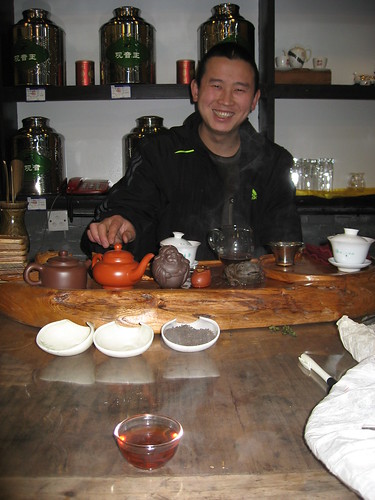 Eventually, I figured out where to go and was surprised to see the Buddhist monastery is actually quite a large compound. I was low on energy and it was getting late in the day so I only managed to duck in a few shops. Of course it only takes a few minutes to buy a nice silk-scroll painting. I also bought a small, cheap thangka despite the obvious signs of poor workmanship. I used my newly acquired negotiating skills on both occasions. I also sat down in a tea shop for a tasting of black and green tea. It was quite a show! 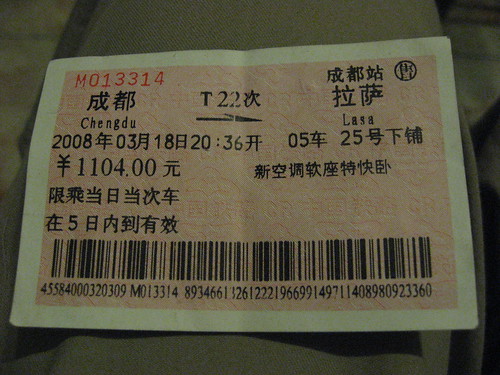 The next day I picked up my tiny train ticket. For all the effort and cost, I expected it to be bigger, but I was told it looked like any other train ticket in China.

I spent the afternoon shopping for warm-weather gear at one of the better outdoor stores I could find (there are tons in Chengdu, though not many carry popular western brands like The North Face and Mountain Hardwear). I picked up a lightweight North Face fleece ($70), a set of Chinese long johns ($35), and a pair of medium weight Smart Wool socks ($25). I probably paid a mark-up of $10 over the price at home for the same socks but my feet deserve the best and the Smart Wool brand has served me well so far. 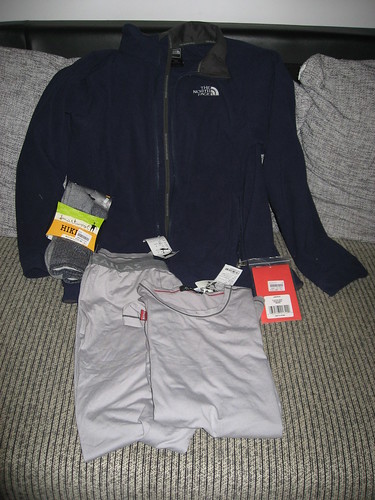 The girl at the store was very patient and helpful, though it is weird how closely the staff in stores can follow you here. When I would go to put my day pack on the floor to try something on, she'd wave me off and offer to hold it instead.