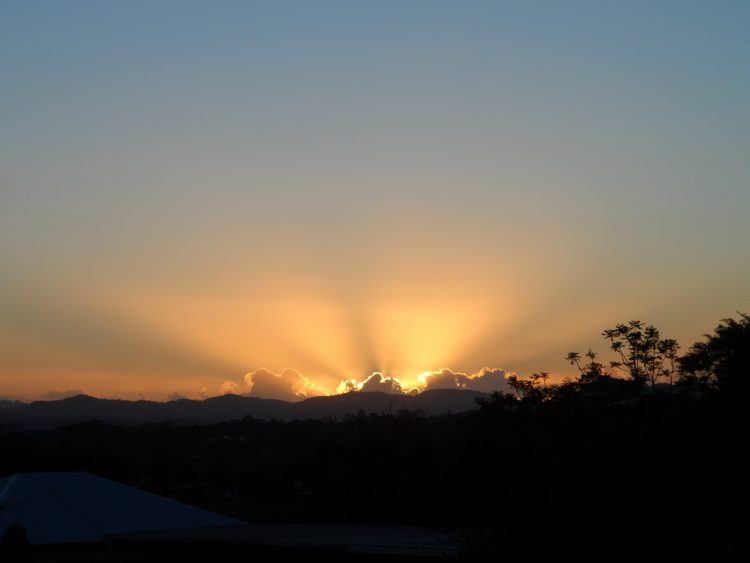 A question for all you Aussies/Australiaphiles out there.

How well do you really know the country?

Consider yourself an expert? Well, pull on your ugg boots, crack open a can of VB and test your knowledge of the land Down Under.

Need a little help? Here are eight strange facts about Australia to get you started.

1. Australian women were the second WORLDWIDE to get The Vote.

The newly formed Federation of Australia granted women the right to vote in 1902 (South Australia was the first country to pass suffrage legislation in 1895).

Australia was surpassed only by New Zealand, who granted women the right to vote in 1893.

Australia and New Zealand were miles ahead of other countries worldwide.

The Nineteenth Amendment became part of the U.S. Constitution in 1920. Women over 21 in the United Kingdom were granted suffrage in 1928.

Swiss women gained the right to vote after a referendum in 1971, and Saudi Arabian women were allowed to vote and run in the 2015 local elections.

2. Kangaroos and Emus can't walk backward, and that's why they're on the coat of arms.

The Kangaroo and the Emu are unique to Australia, which is part of the reason they are on our national coat of arms.

Yet, there are many other animals that are native to Australia and found nowhere else in the world. So, what makes the kangaroo and emu so special?

Interestingly, neither animal can walk backward.

The kangaroo of course hops and is encumbered somewhat by its tail. It's said that the knee joints of the emu would also prevent it from moving in any direction but forwards.

The choice of these animals was deliberate, as the coat of arms was to represent a new country that was continually “moving forward”. 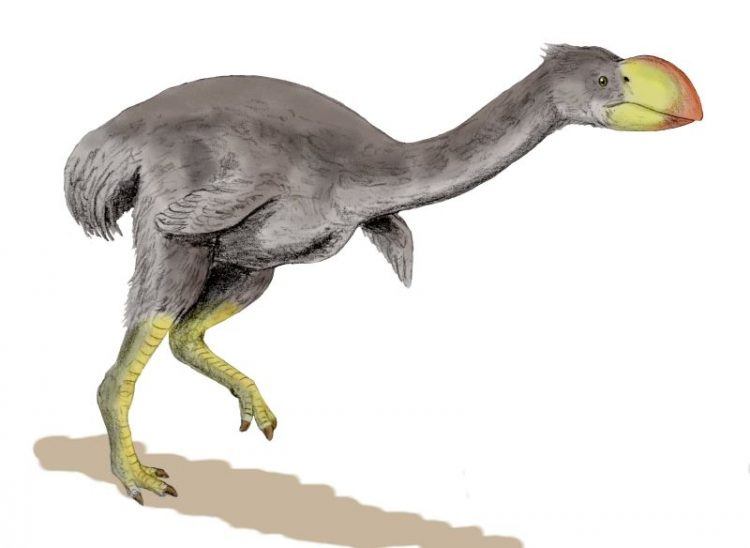 3. Australia used to be home to Megafauna, giant animals that roamed the country.

Megafauna, as the name suggests, are big animals. They can still be found worldwide in the form of elephants, giraffes, whales and so on.

Furthermore, Australia was once home to many different types of megafauna, which are now all extinct.

Why is this the case? No one knows for sure. It could have been hunting by the country's earliest inhabitants that wiped them out, or a changing climate, which caused many inland lakes to dry out.

4. An Australian Prime Minister once disappeared while swimming and was never seen again.

The surf was dangerous that day and despite being a strong swimmer, Holt soon disappeared from view. A search was conducted, one of the largest in Australian history, but no trace of the PM was ever found.

In the typical fashion of twisted Aussie humor, a renovated public pool was named in his honor in 1969.

So, if you're ever in Melbourne and fancy a dip, you can swim laps at the Harold Holt Memorial Swimming Centre.

5. Speaking of politics, Australia has had five Prime Ministers in the last five years.

To the increasing frustration of the Australian public, the country has had five politicians in as many years, due to instability within the two main politic parties.

Another former Prime Minister Bob Hawke also set a world record when he sculled 2.5 pints of beer in 11 seconds. It's probably no surprise that as far as PM's go, Hawke was one who was beloved by the public. 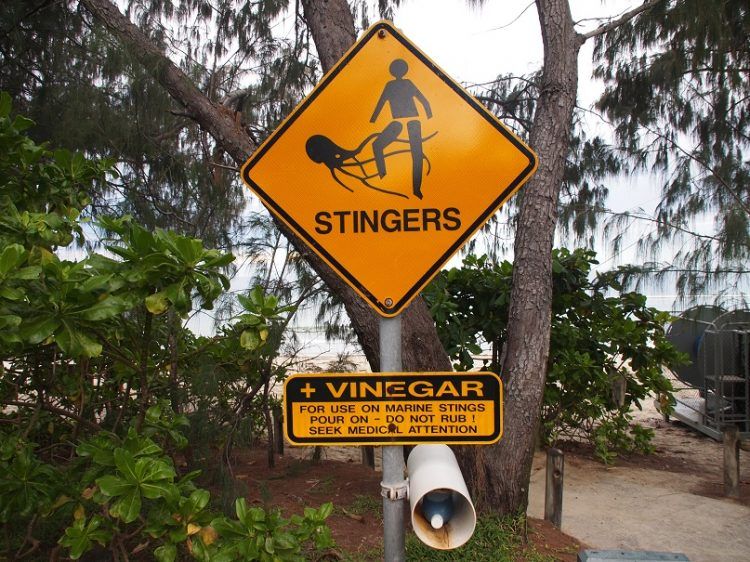 6. Australia is home to the world's most venomous creature.

Surprise! It's not a spider or a snake.

Rather, it is the box jellyfish, which roams the shores of Northern Australia during the summer months. Its sting is extremely painful and often fatal to humans.

7. Only one person has died from a spider bite in the last forty years.

Although Australia is admittedly home to many deadly animals (even the cute and cuddly looking Platypus can inflict horrific levels of pain when provoked), chances are you'll return from your holiday Down Under in good health.

Newcomers to Australia often expressed concerns about the country's spiders. Yet, since the introduction of anti-venom for the Sydney Funnel Web and the Redback Spider, there has only been one recorded death since 1979.

People do still get bitten – around 2000 by the Redback a year. Around 10% of this number have a reaction to the bite, which requires the administration of the anti-venom.

While you will probably be safe, it never hurts to shake out your boots or check under the toilet seat before you sit on it. 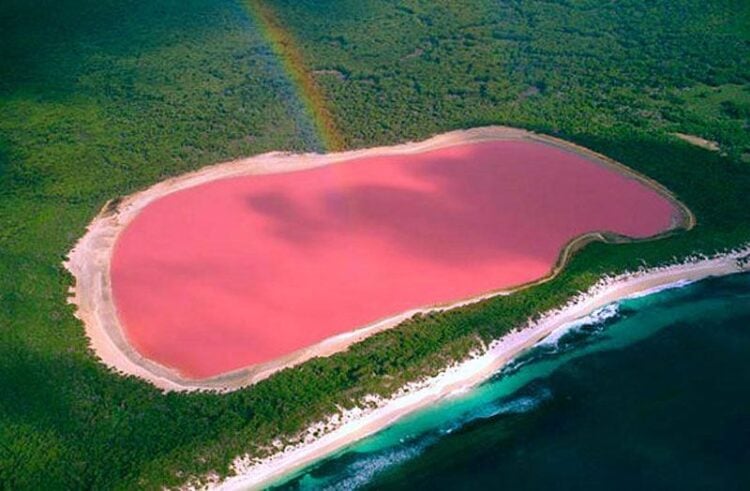 8. There is a bright pink lake in Western Australia

Middle Island is the largest of the islands that make up the Recherche Archipelago off the coast of Esperance in Western Australia.

If you were to fly above this island, you'd probably do a double-take while gazing out the window.

This is because the island's Lake Hillier appears bubblegum-pink in color from above. No one is sure why, although it's said to be due to a dye created by bacteria that lives in salt crusts.

And here's a bonus fact – did you know that 70 tourists overstay their visas every week?

As anyone who's been to Australia would agree – you can't blame them.

This story was written by LC and brought to you in partnership with Austravel.

Great report. There was a typo in your story. (While you will probably be safe, it never hurts to shake [ your out your] boots or check under the toilet seat before you sit on it.)

There are fascinating facts about every country so it's great to read about what's unique regarding Australia. It's interesting that kangaroos and emus are on the coats of arms because they can't move backwards. Also, that's a great picture of the rainbow.

Very clever of our founding fathers, I thought!

I know the facts about Kangaroos and Emus and the rest are not. But my attention captures that bright pink lake in Western Australia. The most common colour is blue, and I never believe that pink water or lakes do really exist. I wonder how it made. When I look at the picture it's kinda fascinating but behind that expectation is a mysterious truth. I wonder if there is a living creatures lived in that lake since it was made of bacteria that lives in salt crusts? I wonder how God made those beautiful things that could really surprised me. Thanks for sharing this and good job. Keep up the good work.

It's pretty amazing. I haven't seen it for myself, but would like to one day - hopefully! We may not know how it is caused, but sometimes it's nice to just accept and enjoy these things as they are. :-)