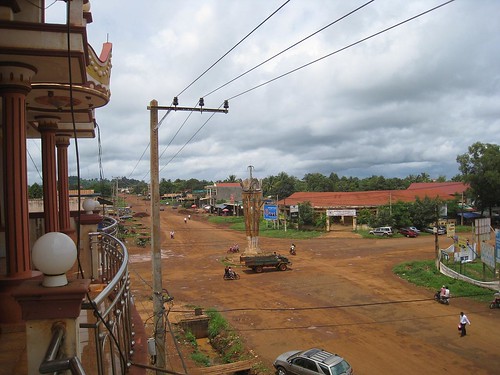 I slept late the morning after my harrowing bus ride to out of the way northeast Cambodia. When I walked downstairs to find breakfast, I was practically ambushed by a tour guide for the hotel. I agreed on a half day moto tour of three local waterfalls, along with a stop at Boeng Yeak Laom, the local swimming hole. 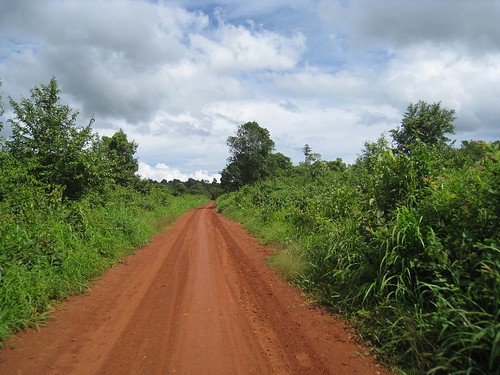 While I needed to see more waterfalls like I needed a hole in the head, I went along for the ride to savor a few more hours of weaving through rural villages, rubber plantations, and farmland. The first waterfall was the best, as you could walk behind the wall of cascading water. By the third I was more than ready to see the lake. 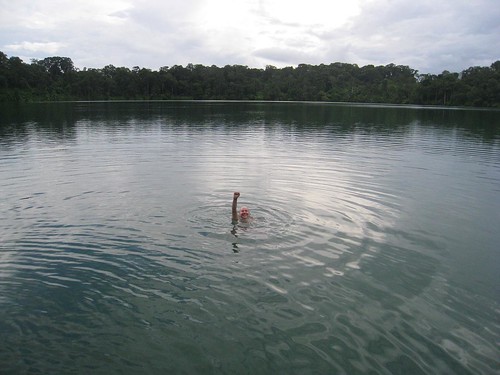 The moment we arrived, it began to rain so we sought shelter under one of the few small restaurants. After the rain passed, I went for a wonderful swim. The water was clear, the temperature perfect. Nature's bath! Perhaps it was the rain, or the late hour, but I had the jungle-enclosed lake to myself. Well, aside from a baby getting a scrubdown on the stairs. According to my guide, it is dangerous to swim near the center of the lake because water is sucked down into the volcano. And while he assured me there were no volcano sharks lurking around, there was still an eerie quietness I found slightly unsettling. 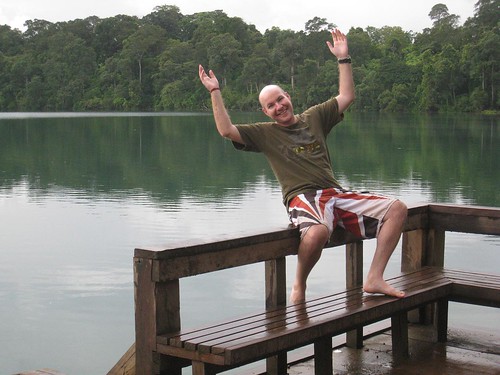 The opportunity to swim in such a beautiful lake, yet to be disturbed by development, was worth the discomfort of my bus ride. The guide said there was news of a 5-star hotel to be built using the lake as it's “swimming pool.” If true, it would be a shame to have the very tranquil nature of the lake disrupted by hotel development trying to sell the seclusion it has destroyed! The idea reminded me of an article I had read in a Southeast Asia magazine which detailed how much of Cambodia's land is currently being sold to foreign investors. Hundreds of islands have been bought, and the impression I was left with is the country is up for sale.

Most helpful site and information