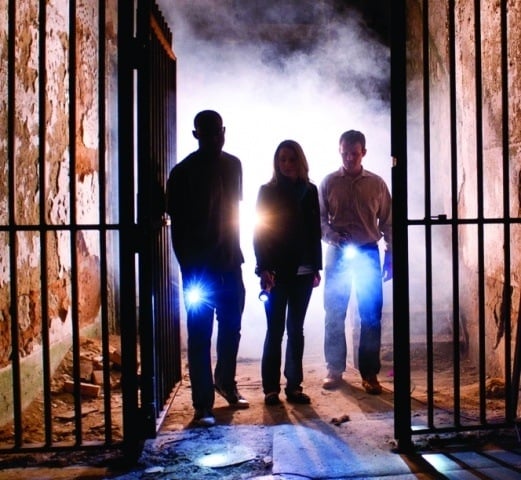 In 2013, Terror Behind the Walls runs on select evenings from September 20 through November 9. Photo via Jeff Fusco.

Eastern State Penitentiary in Philadelphia has always been one of the most imposing and surprising sites in the city.

Set in the quiet neighborhood of Fairmount described in a previous guide to Philadelphia neighborhoods, its massive stone walls can be a bit of a shock to anyone who wasn't expecting to see a full colonial fortress in between their bookstores, coffee shops, and cafes.

Year-round, visitors to the museum can explore its many corridors and cells, but the most spectacular and chilling adventure of the year happens every night during the Fall, when the museum turns into an interactive haunted house during its annual Terror Behind the Walls event.

This October marks the haunted house's 22nd year and it will run from September 20 through November 9.

Eastern State is believed to be one of the most haunted places in the country, and the attention to detail along every corridor turns the prison into a horror movie set. 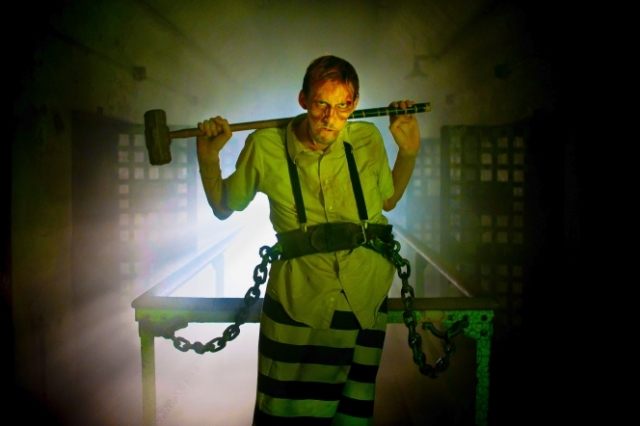 One of 200+ actors each night. Photo via Jeff Fusco.

The tour is host to over 200 Terror Behind the Walls actors playing characters every night, from evil doctors to zombie inmates, to a murderous barber.

They dart in and out of crowds, behind corners, in fake walls, and hiding in the mist, never breaking character for a second.

Any good horror fan understands that atmosphere and surprise are the keys to proper scares.

To ensure your fright is its freshest, each room in Terror Behind The Walls has a different way of scaring you. This mammoth gothic building's 30-foot high fortress walls is the first step towards ensuring that.

One room may use bright lights and loud noises, while another may take away your sight by having you walk through fog and mist.

The best room is the 3-D room, where Terror Behind The Walls  dispenses 3-D glasses, which make the walls in this labyrinth of neon and black lights really pop out at you – both figuratively and literally. 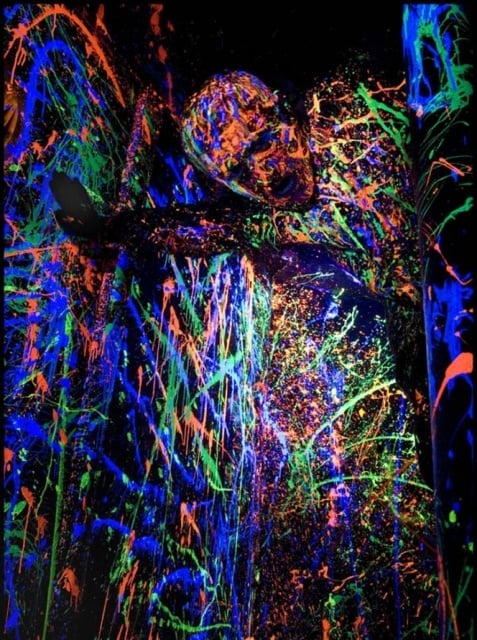 One of many terrifying rooms. Photo via Andrew Garn.

According to the 2013 Eastern State Penitentiary programming this year will be far different from the past. As their website explains,

“For the first time in the event’s history, visitors will be confronted with a critical decision: should they explore the prison and watch the action, or should they mark themselves to truly interact with the denizens of the cellblocks? Those who opt in for true interactivity may be grabbed, held back, sent into hidden passageways, removed from their group, and even occasionally incorporated into the show. They will deal with the consequences of their decision through six long attractions.”

If you’re looking for the ultimate in fright, the site offers private flashlight-lit tours of the facility, including Al Capone’s cell and underground punishment cells prior to the main event as part of their VIP tour package.

You can also go through the whole night, with you and up to three other people– by yourselves. 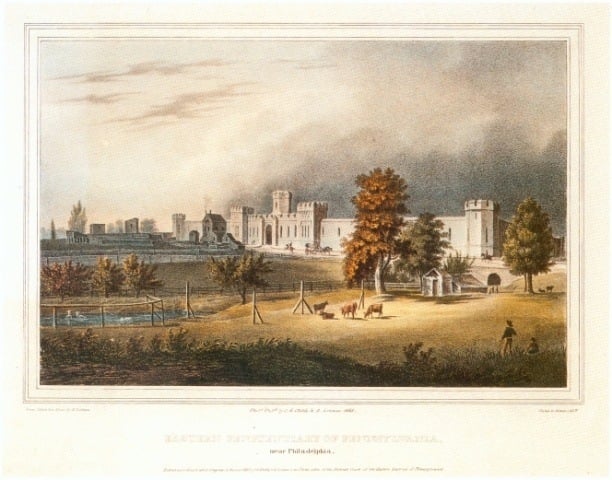 1833 Lithograph by Childs and Inman of Eastern State Penitentiary. Photo via easternstate.org.

My trip to Philadelphia was provided in collaboration with the Latham Hotel and Greater Philadelphia Tourism Marketing Corporation (GPTMC). You can find them at VisitPhilly.com or at uwishunu.com for more trip ideas and weekly events. All opinions expressed above are my own.

Hey Jason, very interesting post. I would have a heart attack if I ever go into a place like a haunted house. That why I don't dare to go in, haha! But this is a great story behind the best haunted house in Philadelphia.

I love horror stories as well as going to haunted and mysterious places. I think I will enjoy the scary experience of roaming around that museum. The 3d room seem to give a revolutionary kind of fright.

This sounds like the ultimate haunted house and so much fun. Truly frightening, especially if one chooses the interactive option.

looks and sounds an awesome place to head to for some Halloween fun! Haunted houses can be a lot of fun and this one really seems to go all out in trying to be something unique and a bit different from the norm