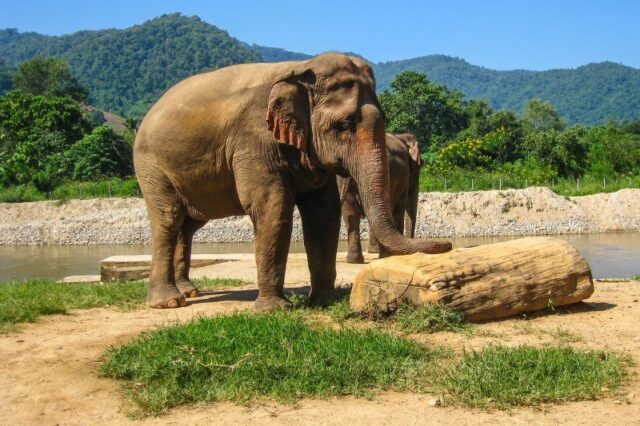 [A] little under three months ago I knew very little of the lucrative elephant tourism trade that is suffocating Thailand’s population of wild Asian elephants.

Had you asked me at that time whether I would pay to ride an elephant on one of the many tours offered by those locals who have captured or domesticated an elephant, I’m not entirely sure what my response would had been.

I’ve never really endorsed the captivity of wild animals. Zoos do not appeal to me and I find it very difficult to stomach any form of animal cruelty or exploitation.

However, my knowledge of Thailand’s elephant tourism was almost nil.

I knew that tourists were offered the chance to ride atop elephants on tours which claimed to take in the majesty of the country’s landscape, however I knew nothing of the repercussions such a seemingly innocent act could have.

In my mind elephants were strong and apparently docile creatures capable of ferrying western tourists to and fro. Sure, I understood that they were in captivity but in my mind I equated the practise to that of riding a horse.

Having recently learnt of the distressing reality in which these elephant tours operate, I can tell you that should I ever visit Thailand I will not be supporting those businesses that offer elephant rides.

Education is of paramount importance in today’s modern world. Without knowledge we are reduced to ignorance, and ignorance leads to ill-informed actions. 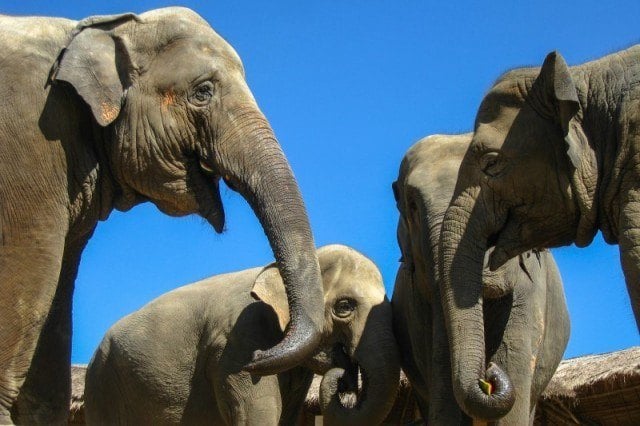 The Reality of Elephant Tourism

The elephant is a prominent symbol within Thai culture.

Once respected and revered, elephants were domesticated purely for use in warfare and working the land.

A brutal process which pushes the animal to the very edge of its existence, domestication or ‘breaking’ as it is commonly referred to is designed to rid the elephant of its wild heart.

Over the course of the process those animals captured as young or born into captivity are tortured, beaten, chained, starved and attacked until they submit their soul to their captor.

For those with the desire to fully comprehend the extent of the abuse, this photo blog by news outlet NBC illustrates the violent reality of domestication.

While the practise of domestication dates back thousands of years, it is only in recent history that it has been abused in the pursuit of profit. Devoid of an ethical conscious, tour operators who provide elephant rides are at the centre of a heinous cycle of abuse which plays out across Thailand each day.

Sadly the population of Asian elephants has dwindled dramatically in recent decades. Today we live in a world where the possibility of extinction is not just a notion but an imminent reality.

Why then are so many of these endangered animals held captive to entertain visiting tourists? 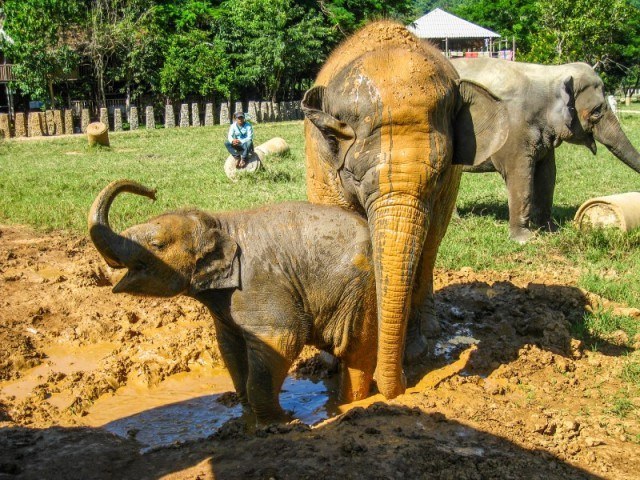 The babies are always the cutest

With the country's capital ranked as the world's most visited city, tourism dollars are flooding through regions of low socioeconomic status and the locals are doing all they can to get their share.

While there is a demand for elephant tourism, Asian elephants will remain a valuable commodity.

By paying to ride an elephant you are effectively making a financial vote in support of this exploitation. You are financing the capture and torture of baby elephants and standing alongside those who choose to enslave these wild animals.

I am aware that there are conflicting views on what exactly constitutes ethical and sustainable travel. However I’ve no doubt you’ll agree that exploiting the natural environment and its endemic flora and fauna for financial gain, is far removed from any definition of ethical that you might care to offer.

For the elephants of Thailand there is hope.

That hope comes in the form of organisations like the Save Elephant Foundation that are educating international travellers and local people about the dark undertone of elephant tourism.

Save Elephant Foundation Founder Lek Chailert and the team at the Elephant Nature Park in Chiang Mai, also offer sanctuary to captive and abused Asian elephants. They treat the mental and physical scars of domestication and provide a safe environment where the animals can recover.

The foundation is a light amongst the darkness for Thailand’s gentle giants.

However, Lek’s facility has reached capacity. The Save Elephant Foundation does not have the resources or land available to rescue any more elephants.

How Can YOU Help?

Having seen first hand the impact unethical tourism has had on Thailand’s elephant population, a team of travel bloggers have come together in support of Lek’s organization.

Working hard to raise much-needed funds so that Lek and the Save Elephant Foundation may continue to pick up the pieces of a local industry devoid of ethics, they have put together a digital Travel Blogging Calendar and are offering those who donate the chance to win a trip to visit the Elephant Nature Park in Chiang Mai.

Channelling 100 percent of every dollar raised into the charity, this is a grassroots project which packs punch.

Partnering with travel giant Flight Network and niche adventure travel operator Where Sidewalks End, the team behind the Travel Blogging Calendar are offering those who donate the chance to win USD$2,000 towards return flights to Thailand and an eight-day, seven-night tour for two including transport, hotels, city tours and a visit to the Save Elephant Foundation.

Not only that, but everyone who donates will be granted access to an exclusive blog packed full of inspired travel articles and destination inspiration. Weekly posts detailing religious festivals, holidays and celebrations taking place across the globe have been penned by the talented travel bloggers involved, and will be available throughout the year on a purpose-built blog.

So, if your plans for 2014 involve travel, take a minute to research the ethos of the operators with whom you plan to make your bookings, and spare a thought for those caught up in an industry exploiting the world you plan to explore.

If you’d like to support the Save Elephant Foundation and get the chance to WIN a trip to Thailand* DONATE via the Travel Blogging Calendar now.

About the Author:  Freelance writer and blogger Charli is a digital nomad currently travelling the world with her other half Ben. Whether backpacking through Central America or road tripping around Australia they embrace each and every opportunity for adventure. Read more about their insatiable wanderlust on their blog, Wanderlusters.

All images in this article used with the permission of Jeremy Foster.

*To be eligible for the prize, you must donate by February 28, 2014. The winner will be announced in early March.

I agree with you on this one .... never felt comfortable with elephant tour packages, and I have been met with so many looks of disbelief from other travelers when I mentioned I haven't done this. People need to know the truth of this matter...!

While I agree with almost all of what you said, there should definitely be a disclaimer / caveat about elephant sanctuaries in Thailand. Some elephant parks were created as safe havens for elephants that needed rescuing from inhumane "tourist" elephant parks while other elephants were taken in because they were abandoned in the wild (or their mother was killed and the baby was on its own). A couple such places are the Elephant Nature Park (which you mentioned): http://www.elephantnaturepark.org/ and the Patara Elephant Farm (which I have been to): http://www.pataraelephantfarm.com/

At Patara, the money you pay is to support the feeding and caring of the elephants. You are an "elephant owner for the day" and check the elephant's health, bath them, feed them, etc. It was probably the most educational and incredible experience of my life. I believe every elephant was a rescued elephant unless they were born on the gigantic acreage farm. There are no tricks being performed, or inhumane treatment of the elephants; they are left to roam freely through the grounds.

I agree that many elephant rides and tricks that these animals are forced to do are some elephant parks is disgusting and cruel, but please don't group all elephant experiences together into the same bundle - it breeds misinformation.