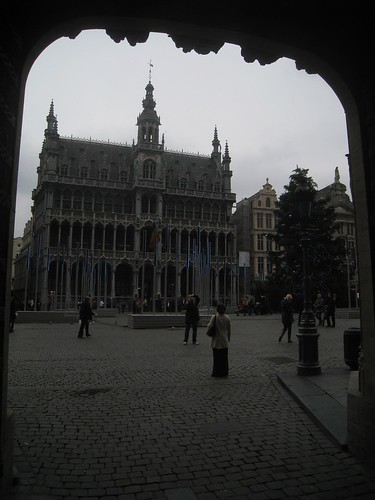 The prior morning, Steve had been ejected from his bed and room at 10am, for housecleaning, so I got myself into gear thinking the same policy would be in place on Christmas. I later found out it wasn't, and while Steve lay nestled in bed until 2pm as I would normally do, I washed up and ran into Matt downstairs. He was in better shape than me, but was willing to sit and talk for a few hours while I recovered my strength. 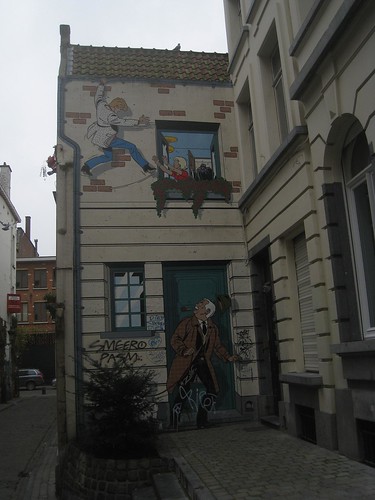 Eventually, I was ready to strike out in the cold again. We spent 3 hours walking around the city, sharing stories and occasionally commenting on our local environment. To escape the cold for a bit, I suggested we get some fries at the same place I had them the day before. We continued walking around, eventually looping our way back to the hostel. It was just the type of aimless sightseeing I intended to apply in all the cities I visited. Given my intent to couchsurf most of my time in Europe, I intended to rely on local advice rather than spend more money on guidebooks. 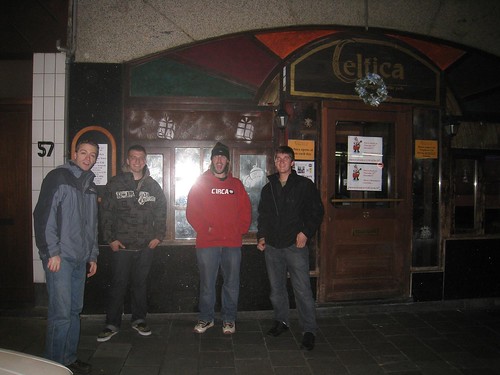 In the evening, Matt, Steve, Tyler, Dan and I reconvened at the bar, joined by another American, Scott, who had recently finished a job teaching English in Hungary. Together, we marched down the same streets as the night before, intent on a pub crawl. To our dismay, the Irish pub was closed. Tyler lead us on a short sightseeing detour to see the famous little pissing man statue. He had a photo of it dressed in a Santa suit, but it had already been taken down by Christmas night, so my photo shows him buck naked, once again. 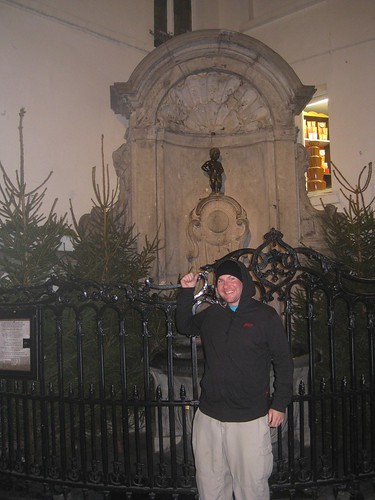 Scott then steered us to the Delirius Cafe, a giant bar with the top floor being Belgian beers on tap, and the bottom floor featuring slightly less expensive bottled beers and a stage where a cover band would later play. We spent a few hours there, as it filled with smoke, tourists, and young Belgians. 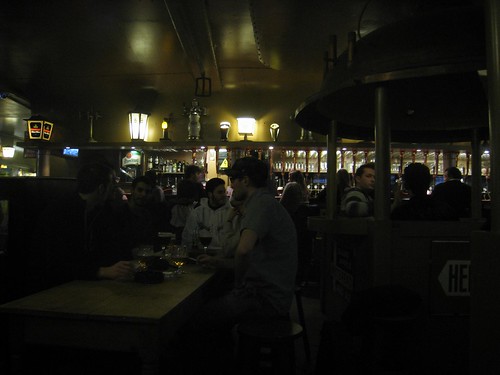 In an effort to revive the pub crawl concept, we exited the bar and made it all the way across the alley to the Floris Bar which advertised absinthe, among other liqueurs. We wasted no time in ordering up the strong shots. The bartender gave us the complete show, pouring the ” green fairy,”? putting a sugar cube on top of a metal plate laid flat over the shot glass, dipping the sugar in the highly alcoholic liqueur, lighting the sugar on fire, and letting it burn itself out. The customers then come into play, dropping the sugar back into the glass, stirring it with the metal plate, and saying ” cheers”? before downing it with a grimace on the face. We had a beer, and another absinthe, while hanging out in the pirate-themed half of the bar. 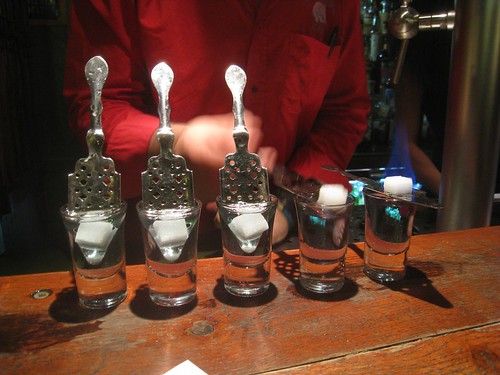 When it came time to head out again, we soon found ourselves munching on kebabs and gyros on a Brussels' sidewalk at 2am. They were heartwarming and delicious in the frigid night.