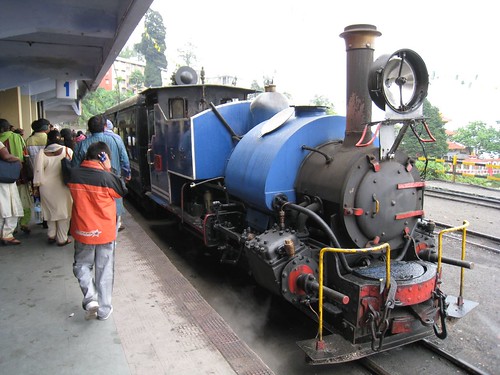 The day after visiting the zoo I set my sights on a joyride on the Darjeeling Himalayan Railway. I was up at 5:30am, out of bed by 7am, queued for a train ticket at the rail station around 7:30am, and enjoying breakfast at the popular cafe Glenary's by 8:30am. I received an email from Natalie stating she, Sarah, and Cameron just arrived in town.

At 11am, I paid for a taxi to take me back and forth for the necessary (and free) permit to enter Sikkim in a few days. The process of shuttling between two offices still took an hour but it was well worth the cost. 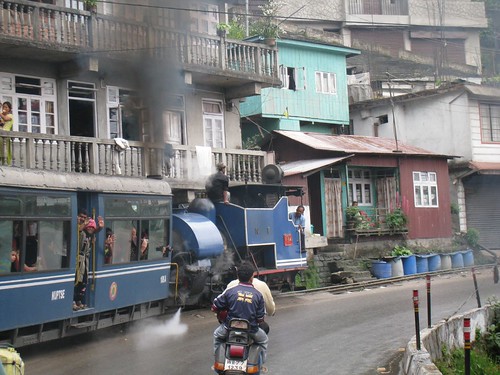 Around 12pm, I headed back down to the train station to await my turn on the World Heritage listed toy train. When the little locomotive pulled into the station and people began to disembark, I bumped into Natalie, Sarah and Cameron. It was nice to see familiar faces, and we made plans to meet later that evening at 6:30pm back at Glenary's (restaurant). 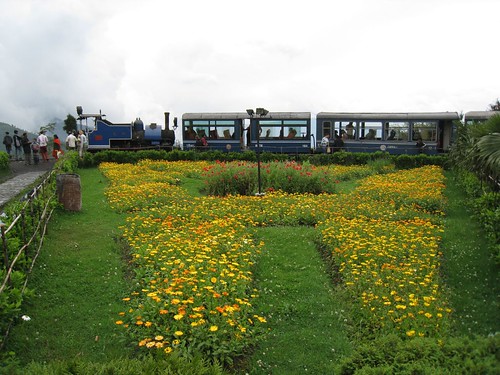 I jumped on the train and was immediately asked to switch seats by two separate Indian families. I agreed to both, moving from the front of the train to the last seat, however on the way back, it meant I had the absolute front seat (so I could watch the engineers and brakemen at work). 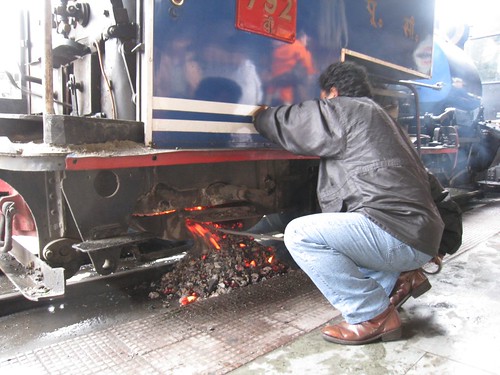 The little train took off, chugging parallel to the road I had taken up to Darjeeling. The train is over 100 years old, running along the side of mountains, so it doesn't move much faster than the people walking on the street. At first the train just seemed to be a noisy, pollution-spewing, antiquated mechanical contraption, however it's charms grew on me over the course of the ride. The views were fantastic, and riding the rails was a lot smoother than driving on the roads. 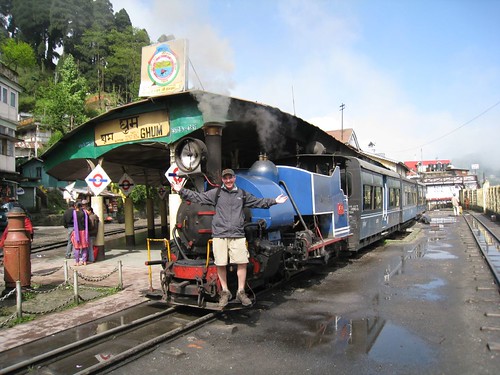