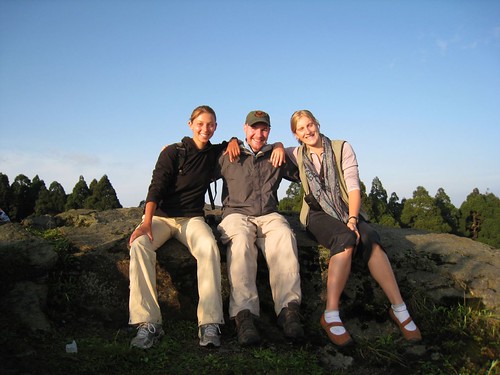 Tiger Hill is a thirty minute jeep ride south of Darjeeling, at a higher altitude of about 2,600 meters. It is a popular place to watch the sun rise over the Indian Himalaya, and specifically, Mt. Kanchenjunga. As it was the pre-monsoon season, clear views of the mountains were hard to come by, even in the early morning. I wasn't going out of my way to get up early for a Tiger Hill sunrise, though when the opportunity to share the experience (and cost) with Natalie, Sarah, and Cameron arose, I figured it was worth a try. 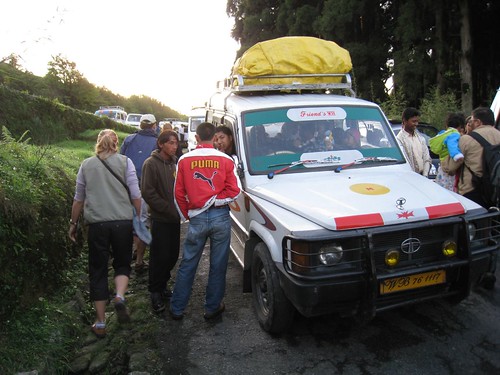 I met them at 4:45am in the morning. There was enough light for us to see cloud cover, yet we were hopeful it might break apart if we were patient. We had decided to leave a little later than the recommended time (4am) so we could enjoy a bit of extra sleep. We hired a jeep (about the only one left in Darjeeling) and made our way up the hill. As we neared the top, we ran into a massive parking lot of share jeeps. It appeared as though every Indian tourist in Darjeeling had decided to go up Tiger Hill that morning. 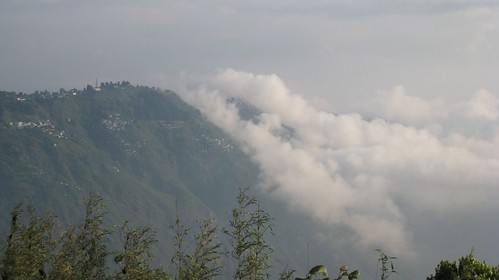 The clouds would not part for us, and we spent about thirty minutes peering down into the valley and snapping photos of Darjeeling. Meanwhile, a massive exodus of the Indian tourists lead to a noisy traffic jam down the hill. While we didn't see the sunrise, or the mountains, at least we avoided the traffic. 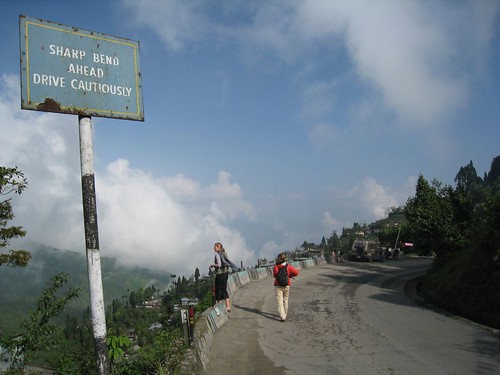 We had the jeep drop us off at the bottom of Tiger Hill, in the town of Ghoom (which also happened to be the turnaround point for the Darjeeing Railway joyride). We proceeded to walk back toward Darjeeling, visiting three or four Tibetan Buddhist monasteries along the way. As much as I enjoy Tibetan and Buddhist culture, the monasteries do start to run together after awhile. 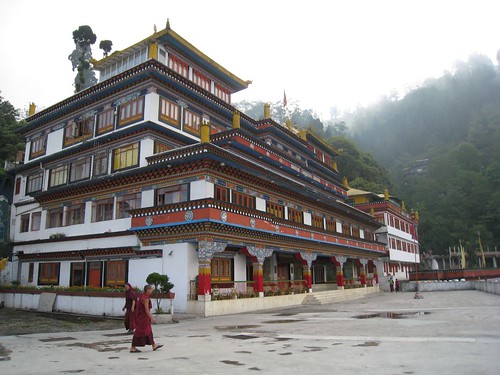 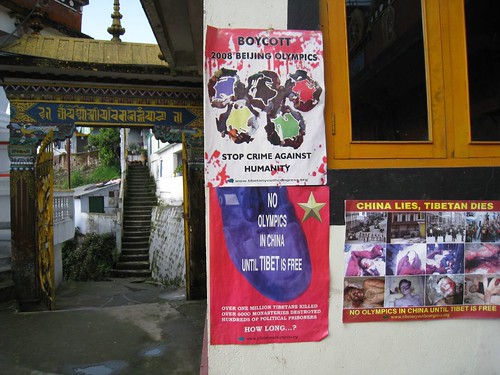