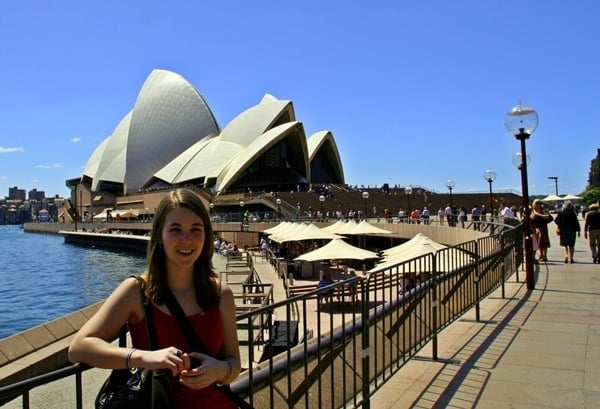 Near Sydney Opera House in 2009

In March, Sydney will be my home for 3 years.

Three years is a very long time for a person like myself to call one place their home, but really I'm beginning to feel as if the true meaning of “home” will never be applied to my life in Australia.

As stated in my introductory post, I met my wonderful Australian boyfriend while traveling in the Baltics back in 2008.

Because of him, I decided to try my hand at a working holiday in the land down under and see where the relationship went.

Obviously, the relationship has gone well, and we are now tied together with the defacto partner visa which allows me to stay in this gorgeous country to live, work and travel freely. 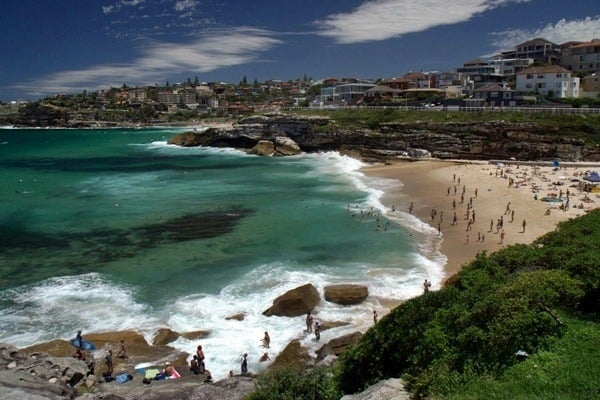 A beach near Sydney on the Bondi to Bronte walk

Australia isn't called the “lucky country” for nothing. The people and nature can't be beat!

Still, visiting a place and planning to call the place home are two very different things.

Although my situation was more play it by ear and see what happens, there have been a number of things that have really caught me off guard.

Perhaps, knowing some of these things in advance could have influenced my decision to come in the first place.

Ok… definitely not. I was too focused on chasing love to really care about anything else, but perhaps knowing some of these things could have just helped to lessen the shock after arriving.

1. Australia will be an expensive place to live

When I was younger and planning where I wanted to go for university, California was at the top of my list.

However, after researching the fees and the cost of living for the places I wanted to attend, the idea quickly got crossed off the list.

Although I hated Midwestern Winters, the fact of the matter is that you pay good money to live in mild and warm climates. The same goes for Australia.

In my book, you pay for nice weather, and even if it is not the case, you do pay to live in Australia.

Luckily, the minimum wage is quite high, and hourly wages are representative of the higher cost of living.

Just be aware that even then, the money can go quickly, especially if planning to travel in the country. 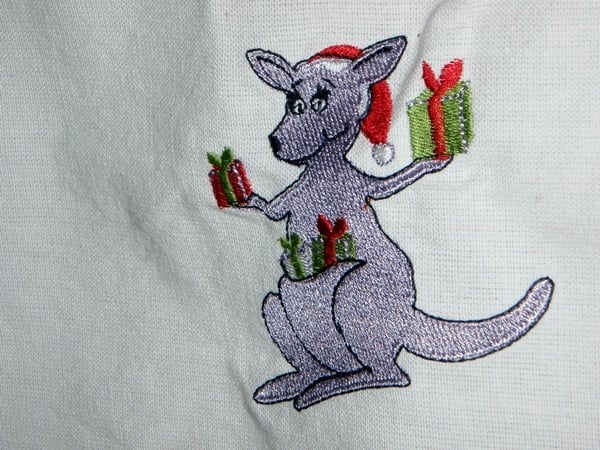 Christmas in Australia takes place in the Summer

I've now had the pleasure of participating in 3 Christmas holidays in Australia. Then why is it that I don't feel like I've had a Christmas since about 2007?

Because Christmas down under is just not the same. Yeah, sure, I despise Winter weather and prefer to be living in a warmer climate, but where's the holiday build-up?

Where are the cold nights drinking hot cocoa while watching Christmas movies playing on TV?

Instead, the big day falls right smack in the Aussie Summer, so forget your red wine and traditional roast dinners — it's too hot!

Aussies and tourists (and even Santa) head down to the beach for a relaxing day in the sun, which is not a bad thing, but when it is all said and done, you kind of wonder where Christmas actually went.

3. Visiting home in America will become more of an ordeal.

For me, it was easy to think that home is only a flight (or two) away, but the price of flights coming from Australia to the USA, as well as the length, have made it more of an ordeal than I initially expected.

Maybe the problem is more of a problem for individuals with wanderlust, as I'm constantly torn between the idea of spending the $1,500 to fly to Illinois, or to spend that money, or way less, on a trip to somewhere more exotic.

I do love my family and miss seeing them at times, but booking at that rather pricey ticket home when the inner travel demon inside me is spouting off lists of destinations I could be traveling to instead makes it very hard. 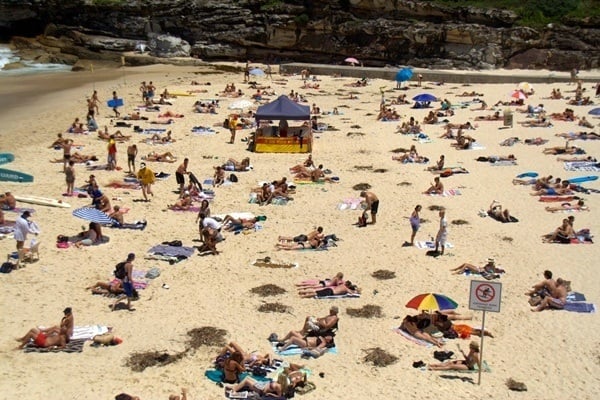 Beach lounging — an integral part of the Aussie culture

4. There will be culture shock

Australians have a culture all their own — albeit subtle in differences, but still something worth mentioning.

One of the main attributes of the culture is also one I despise: the laid-back attitude. For my anxious little mind, I love the idea of not being in a rush to do things, having loads of holiday time and just being able to brush stuff off my shoulder.

On the other hand, when you need something done — like in the evening, on the weekend or during the holidays — you can forget about it.

And, of course, there are other bits of culture shock, like adjusting to holidays in the opposite seasons (and how locals prepare and celebrate), deciphering the way people talk (both in word choice and the way they talk to each other) and dealing with the popular Aussie meet-and-greet of cheek-kissing (I like my personal space).

All of these examples are small, yet add up to be a point on this list since prolonged exposure can put emphasis on even minor details.

I can't talk for other expats, not from America, but taxes are a complete pain.

If you continue to keep your citizenship, you will have to file taxes in the USA forever, claiming income being made overseas and dealing with special rules and regulations (that hopefully keep you from having to pay).

I'm no accountant, and I don't want to steer anyone wrong, but you will want the advice of a trained individual so you don't get burned down the road.

[From the Editor: If you spend 330+ days per year outside the USA, check out the Foreign Earned Income Exclusion]

These are just five of the things I wish I'd known before becoming an expat in Australia — some of which can be applied to expats in other locations around the world.

Living in Australia is a dream for me; that doesn't mean it can't be difficult at times. 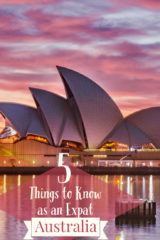 I am considering moving there. I a Brazilian naturalized US citizen. I am glad that none of the comments dissuaded me from trying to move. The taxes would be the most concerning. I am used to holidays in opposite seasons. It will feel like home.

I'm a LA Californian considering moving to Sydney, Australia for love! Beach Christmas is normal for me, I'm fine with taxes and all the cultural differences. Living in LA most people are extremely open minded and embrace cultural differences. Based on the thread above my biggest concern is racism and hate towards Americans? How bad is it? I'm extremely optimistic and social. I've traveled all over the world and made lots of friends so I never thought of this as an issue...

I am also an American expat who is moving back to America soon after living here for four years and studying here. Australia is like California in the 50's with a large helping of in your face racism and xenophobia. I am exhausted by the anti American anger and rants as well as having to defend my my Asian and Islamic friends from verbal and physical abuse that we encounter on a daily basis. The person further up who was ranting about how you should go home if you don't like it typifies everything that I hate about this country. For those who are thinking of moving here, yes it is wonderful in many ways but it is also shockingly culturally regressive in many ways. On a final note, my mom is an Aussie (though she moved to America nearly 50 years ago). So I am not just some unfairly biased, arrogant Yank. I came here with a very open mind. I am expecting Aussies to go on rage filled rants below me about how Australia is the most superior country and history and I should F off if I dont like it.