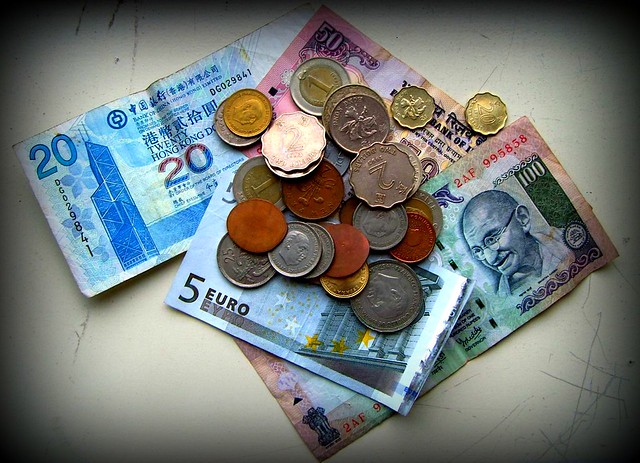 Thinking about traveling or moving to a new country but not sure what to expect on prices for food, hotels, and taxis?

Have you ever wanted to know what a beer costs in your city compared to what it will cost on your next vacation destination?

Want a simple program that will do it all for you and show you these numbers?  Well then check out Numbeo.com!

Numbeo is a free/user supported website that allows you to compare city costs from around the world in a fast and efficient way.  When I first glanced at this site I wasn't impressed until I started playing around with it.

[Note: one can easily waste away a whole day looking things up on here!]

If your going to a new country and want to know how much a liter of gas is or what a Pepsi costs, then give it a try.

The side-by-side comparison of cities is a great visual way to know how much to save before your trip, and what the average costs will be when you go there.

I played around with it on a few countries that I know pretty well and the results were what I expected.

Although I found a few things that I disagreed on, overall it was pretty accurate.

If your city is not listed, you can submit information to start a listing for it.

Remember, the more people who update it,  the more accurate it will be.

Want to know some facts according to the site?

(all prices are listed in USD)

Cheapest Place to Backpack in the World

Where is the cheapest place to backpack in the world?

None other than Ahmedabad, India for as little as $17.00 per day!

You might want to stay only a few days in Stavanger, Norway though because at $181.55 per-day you're going to be broke in a month!

[Prices take into account: the minimum price of 1 star and 2-star hotels, 1 meal in McDonald's or similar, 1 meal in inexpensive restaurants, 1 Coke or Pepsi, 1 water, 1 domestic beer and 4 one-way tickets in public transport.]

Where to Find the Most Expensive McDonald's Big Mac Meal

Did you know that the cheapest average Combo Meal at McDonald's or Similar is in Kharkiv, Ukraine at only $2.00 but the highest is in Lausanne, Switzerland for $16.16!

Who knew a Big Mac was worth so much?

Can Cigarettes Really Cost That Much in Australia?

Sydney, Australia has the highest priced Pack of Cigarettes (Marlboro) in the world at $18.50 but they only cost $0.50 in Karachi, Pakistan.

So no bumming a smoke from amigos in Oz my friends, because at almost a dollar a pop, it's no “mi casa es su casa.”

Best Place in The World For a Cheap Taxi

Taxis (5km within the center) in Esfahan, Iran costs as little as $0.30, while the same ride in Gotheborg, Sweden averages around $40.45.

Translation: fuel is cheaper then water in Iran!

Where to Get the Best Price For a Coca-Cola!

Thirsty?  A Coke/Pepsi (0.33 liter bottle) in Manila, Philippines costs only pennies ($0.30) compared to the same drink in Copenhagen, Denmark which will set you back $4.31.

Note to self: when visiting Denmark, load up on Coca-Cola before departure and sell on the Black Market upon arrival.

Cheapest Place in The World For an Apartment

Try an Apartment (1 bedroom) in City Center of Vadodara, India for an average months rent of $30.01.

If you want to know where not to retire on a budget, then heads-up on the same size apartment in Monaco because at $2,564.00 per month average for rent… you're not going to be retired for very long, as you'll need to pick up a new job to cover costs!

Who needs fuel? For $0.04 you can get one liter of petrol in Caracas, Venezuela but in Istanbul, Turkey it will run you as high as $2.41 per liter.

So on a side note: you can take a dip in a bathtub full of gasoline for a mere $5 in Caracas because when it's that cheap, why not!

Cheapest Place to Get a Movie Ticket

Ever see a movie in Tehran, Iran before because the cost for a Cinema, International Release, 1 Seat will set you back only $1.70 while in Vienna, Austria it can be as high as $25.64!

And they wonder why all the piracy websites are in Austria… people can't afford the original stuff!

Best Deal on a Loaf of Bread

In Algiers, Algeria the average costs of a loaf of fresh bread is only $0.13.

Want something a little more gourmet? Then go to Pescara, Italy where a loaf of bread will break your wallet at $4.49.

There had better be some spaghetti in that bread for that much!

Where to Get The Most Bang For Your US Dollar

If you go to Chennai, India you can get 89.05% more for your dollar then if you lived in New York City. That's a lot of extra curry dishes you could eat!

Likewise though, if you go to Geneva, Switzerland you will take a 38.75% hit compared to what you could have gotten in New York City.

So buy the Swiss Army Knife back home my friend and you will save.

Disclaimer: This is not a sponsored post.  All numbers were pulled from Numbeo.com and listed by the author.  Photo credits were linked back to original Flicker.com page or owners website-homepage.

I think i should go try India.

well i guess the prices is of the effect of the culture, natural resources, religion and laws in the Country

wow this is very informative and cool, sharing so many cheapest items in different cities.

I found this site amazing coz there are many useful travel information contained, I am going to read it more carefully for sure when free!