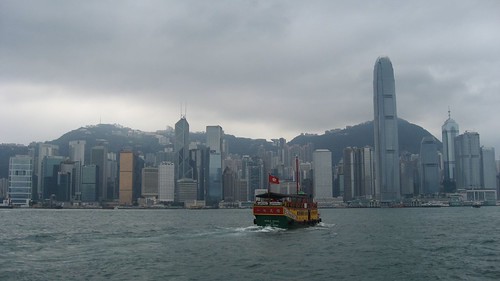 I pried myself out of bed early to drop off my Visa application at the Indian consulate on Hong Kong Island. The errand afforded me my first trip on the Mass Transit Rail (MTR). I bought an Octopus card which is a renewable debit card for Hong Kong's public transit system, as well as a way to buy stuff at random places like McDonald's and 7-11. 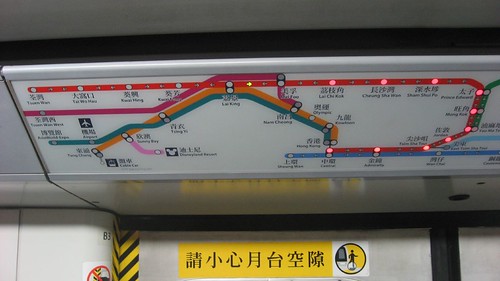 The MTR is awesome, I could hardly think of what more I'd want from a train system. It was fast, comfortable, impeccably clean, and had tons of clearly labeled maps. My favorites were the ones inside the cars, above each door, which lit up the next stop, along with a green arrow showing the heading, and a light to indicate which side of the train to exit from.

After some initial elevator confusion, I managed to drop my Visa application off, paying the $35 fee to have my records checked out back in the USA. I was instructed to come back at the end of the week (Friday AM) to pay the Visa cost, and then between 5-5:30pm Friday to collect my passport (they worked off a copy until Friday AM). 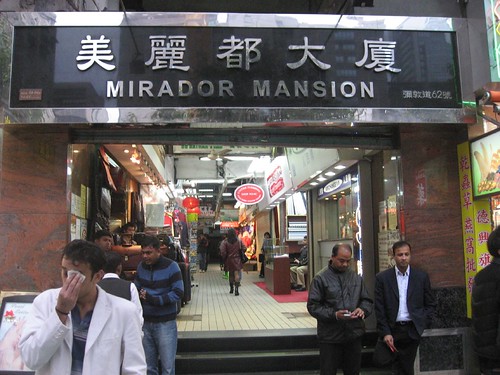 I triumphantly returned to Mirador after my successful navigation of the city, and bumped into Adam using a tiny laptop, the Asus Eee PC. I immediately barraged him with a list of questions about it as a desire to buy one myself built up. It has a 7″? screen, weighs less than 1.1lbs (1kg), has 4gb of memory, wi-fi, a web cam, and runs on Linux. While he got his in England, he estimated they'd cost around $300 in Hong Kong. It is built for web browsing, email, and basic applications. I had considered the idea of getting a laptop in Singapore after meeting Gary back on Bali several weeks earlier. I was feeling self-conscious about the amount of money I was spending in internet cafes. The Asus laptop aptly addressed my concerns about size, weight, and cost.

As we're on Trains, Visas, And Laptops | Go Backpacking , Be aware of that fact that not all brand title laptops are produced equal. For instance, an Apple laptop might cost twice as much as a no-name PC one yet be just as quick. Figure out if you are paying for quality or a model name.

While we are writing about Trains, Visas, And Laptops | Go Backpacking , We all know that people prefer branded cheap laptops but if the brand title you like isn't available, you need to have a second choice of title you like.

I absolutely adore reading your blog posts, the variety of writing is smashing.This blog as usual was educational, I have had to bookmark your site and subscribe to your feed in ifeed. Your theme looks lovely.

If you are looking for electronic goods, it is best to know your product, its price and availability in Hong Kong. Traditionally, this meant walking round the shops to find out whether your particular brand model was available, and if so, its price and the likelyhood it would have an international warranty. This was all very time consuming and you are never sure

whether the price offered was a better deal down the road. I found a Hong Kong based web site providing price information on what seems the most popular electronic goods. So if you are worried about getting ripped off in Hong Kong and there are a number of well publised scams, take a look at ShopCite http://www.shopcite.com to check prices and availabilty before you actually travel. Shopcite even has a mobile phone version so you can check anytime and anywhere while you are moving around in Hong Kong and don't have a computer around to use. With exchange rates, being a problem, you may find it cheaper to buy at home.

I want to buy some cheap electronic gadgets from Hong Kong but am confused which shop should I visit?