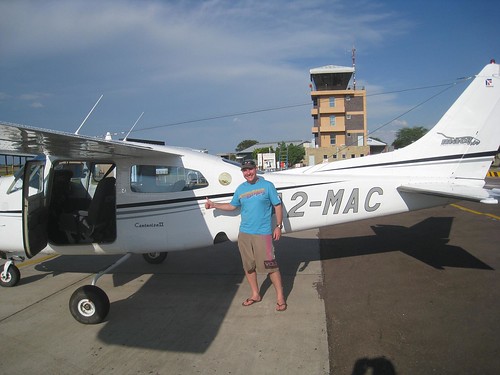 A big part of the adventure in traveling around different countries is testing  your mettle via the local transportation.  One moment you are zipping around Bangkok in a fast, comfortable, pink taxi, and the next moment you're in a cloud of dust and dirt, bouncing around in the seat of a bicycle-powered rickshaw in Varanasi, India.

For flights, I used Air Tahiti, Jetstar (and Jetstar Asia), Southern China, Air China, Yeti Airlines, THAI Air,  Laos Airlines, Air Qatar, Air Egypt, Jetairfly.com, Iberia, and Avianca.  The service was best on Air Tahiti (though I slept most of the 14 hours), THAI Air – possibly my biggest plane – a 747 jumbo jet, and Air Qatar – they had the best food.

I boarded the smallest plane of my life, a 5-seater Cessna, for a scenic flight over Botswana's Okavango Delta.

And if you haven't picked up on it by now, I loved my first helicopter ride which was on New Zealand's South Island. 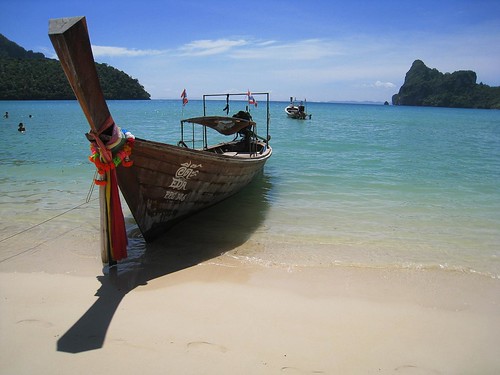 I wasn't on Tahiti more than a night when I had already boarded my first ferry of the trip (to nearby Moorea).  Other memorable trips included the ride to Macau from Hong Kong, and zipping between the Thai mainland and all those beautiful islands in the Gulf of Thailand and Andaman Sea.

In Thailand I had my one and only experience with sea kayaking.  The water was gentle so it was a fun experience.  Then we jumped off the 20-foot high roof of our big tour boat.  The oddest experience was when a night ferry to Ko Tau had mechanical troubles and we witnessed first hand the fix the crew came up with which involved steel cables and a large winch/crane.

The longest ferry ride had to have been from Bali to Gili Trawangan aboard a sluggish Indonesian ferry.  All the foreign tourists were on the roof because the conditions below deck were filthy.  I've never seen islands pass soooo slowly!  Credit goes to Indonesia for my scariest ride on water too.  I chose to take the fast route back to Bali from Gili Trawangan, and that entailed some rough seas for the first hour.  I was actually planning my escape route should the boat have capsized!

I took my first real cruise in Egypt, chugging down the Nile River.  The food was good, and I met some great people, but it was winter and therefore too cold to fully enjoy the upper deck and pool in the evenings.

In South Africa, I boarded the world-record holding boat for trips around the world.  It was a fun way to cruise out of the Cape Town harbor and take in the scenic views of Robben Island and Camp's Bay.

And being offered the chance to steer the Apollo maxi racing yacht on our way back to Airlie Beach from the Whitsunday Islands was a pure delight. 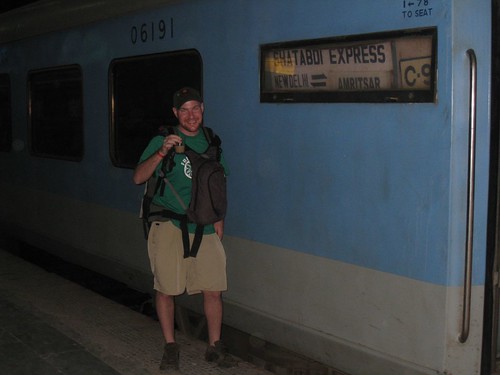 A quick chai tea before the ride to Delhi

The train rides in India were amazing.  Chai, chai, chai.  It will never taste as good as those little cups you'd get on the rails.  The sunsets were gorgeous, and the 3AC sleeper cars comfortable enough to catch some ZZZ's.

On the other hand, getting around by high speed rail in France is darn sexy, if not expensive. 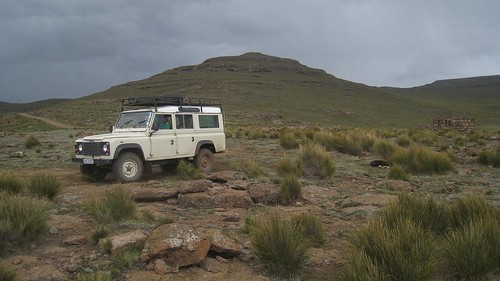 Exploring the mountainous kingdom of Lesotho

You'll rarely be lonely if you take the Stray backpacker bus in New Zealand or the Baz bus in South Africa.  I met tons of fun people as I traveled overland through both countries.  The overnight buses in Thailand, Laos and Colombia are the equivalent of blast freezers, so be sure to bring warm clothes.  On the plus side, they are comfortable, efficient, and inexpensive!  The minivan rides in Cambodia were amongst my worst, ever!  A few were too long, and with too many people in too small a space.

My most scenic bus ride came at the conclusion of the Nepal trek, when Gela wanted to ride the roof of our bus for the 2 hours back to Pokhara.  It was not comfortable, sitting on a metal luggage rack with 20 Nepalis as we barreled down the curving mountain roads, but we did have wonderful 360-degree views!

On the other hand, while at times nauseating, the 4×4 rides around the mountains of Darjeeling and Sikkim, India were breathtaking.  The ride up the steep Sani Pass which connects South Africa with Lesotho was fun, while the giant 4×4 we used on a 2-day Fraser Island trip in Australia left the DIY-backpackers with their rental jeeps in the dust (er, sand). 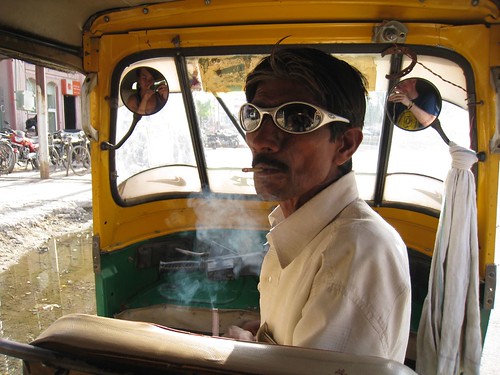 Utilized in India, Thailand, Cambodia and Laos.  At times, the constant need to negotiate prices for rides would get on my nerves.  Add the host of scams unique to each country's drivers, and some hot climates, and you have a recipe for stress.  But overall, I got a kick out of the rides. 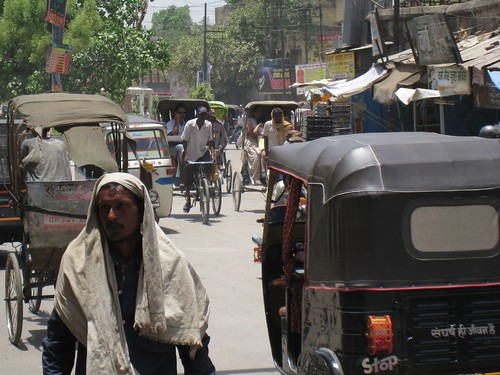 Somewhere between tuk-tuk and walking lies the rickshaw.  Usually pulled by bicycles these days, often with the driver sweating bullets under the mid-day heat, they are slow but effective for short distances.  I took the most rides on them in India. 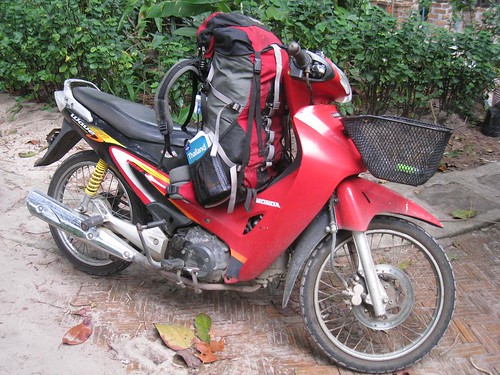 I never did learn to ride a motorbike, but after seeing the walking wounded on the Thai islands, I realized that wasn't a bad thing. In the future, I think I will try and incorporate more bicycle riding into my trips.  I enjoyed my rides in southern and northern Laos.

Yep, I walked a helluva lot too!

Love the blog here. Nice colors. I am definitely staying tuned to this one. Hope to see more.

How can you not miss the chai? Tried the chai in Starbucks in Singapore afterwards and it wasn't even close to as god as on the trains :)

How can you not miss the chai? Tried the chai in Starbucks in Singapore afterwards and it wasn't even close to as god as on the trains :)

India definetly has some interesting transport links! I did make the mistake though once of not booking a sleeper and travelling in the lowest coach where people where actaully sqaushed in under the seats and I was the only single white female! Loved the buses with their lie down beds above the seats. And i definetly miss the chai, chai chai...

India definetly has some interesting transport links! I did make the mistake though once of not booking a sleeper and travelling in the lowest coach where people where actaully sqaushed in under the seats and I was the only single white female! Loved the buses with their lie down beds above the seats. And i definetly miss the chai, chai chai...