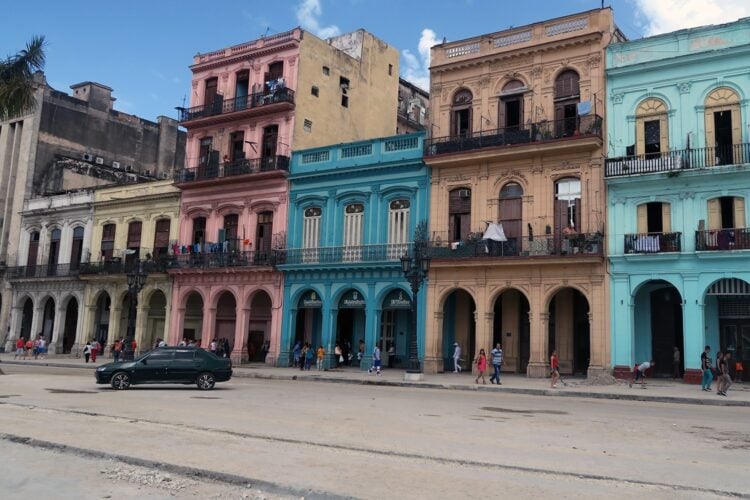 A Cuban trip has always featured quite high on the list of places I would like to visit. This year I realized that if I was going to go, it may as well be now and started planning accordingly.

I researched the Caribbean country extensively before I set off, yet was still left in a state of confusion. I found a lot of the information I found online to be quite contradictory and wasn't sure of what to expect.

Heading to Cuba? Click here for a complete guidebook

Hindsight is, of course, a wonderful thing and I learned a lot during this particular trip abroad. It's too late for me now!

If you are determined to get yourself to this island country at some point soon, I have a few insights to share with you.

1. You Can Get Away With Winging It, Even in Peak Season

We were traveling in the high season (December through to March). As such, I was told that it would be foolhardy to arrive in Cuba without having prior organized accommodation. Easier said than done when the country in question barely has access to the internet.

We found some Casa Particulares (rooms within the houses of Cuban families that are rented out to tourists) online, but each one we rang or emailed was already booked.

They laughed at us for not being properly prepared, and I envisioned a future where we spent our entire holiday sleeping on the streets.

Fast forward to halfway through our trip, when we rocked up in Havana after a last-minute change of plans. There we were, in the most touristy part of town, knocking on doors and asking if there were rooms available. We succeeded in finding a bed for the night at the fifth place we tried.

The same goes for transport. Buses can be booked a day in advance, and private taxis are often available at an affordable price.

If you're the kind of traveler who likes to go with the flow, you'll do just fine in Cuba. 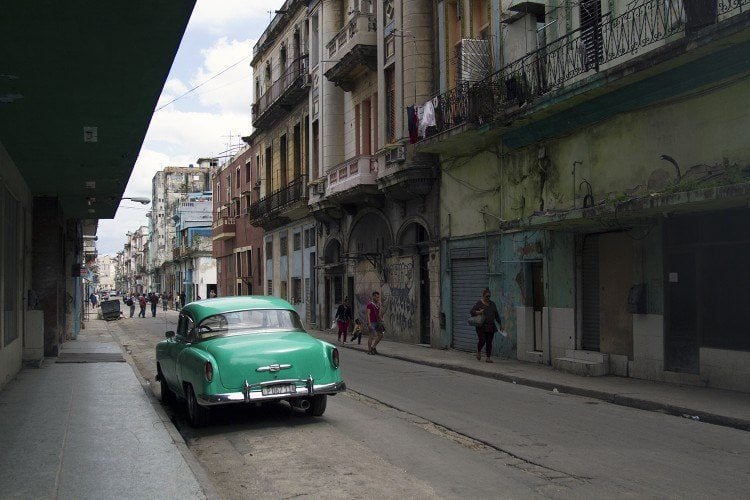 An old car in Cuba

2. You May Get Terribly Ill, Be Prepared

Essentially everyone I met suffered an ailment during their time there.

A few had upset stomachs. Others (including myself) got a horrible vomiting bug that lasted for days. I won't go into too much detail, but I can assure you, it wasn't pleasant.

Perhaps there was a virus going around, or maybe the water had somehow entered our systems. Who knows what caused it, but I wish it hadn't happened.

I suppose the trick would be to be especially wary of what you're eating and drinking. And don't enter the country without a packet of Gastro-Stop packed somewhere in your bag.

Although by all accounts it's come a long way, exchanging money in Cuba can be a confusing affair.

Most travelers bring Euros, Canadian dollars or British Pounds to swap for Cuban cash. You can use U.S. dollars, but you'll be charged a fee of 10% for doing so.

There are ATMs in bigger cities such as Havana, Vinales, and Trinidad. They're few and far between and sometimes just won't work. MasterCard isn't accepted, but Visa should be okay.

On top of that, Cuba has two forms of currency: the Peso, which is for locals (CUPs) and the Cuban Convertible Pesos (CUCs), intended for foreigners.

Most tourists will be charged in CUCs, but it doesn't hurt to have a few pesos up your sleeve, particularly when the possibility of street food is on the cards. 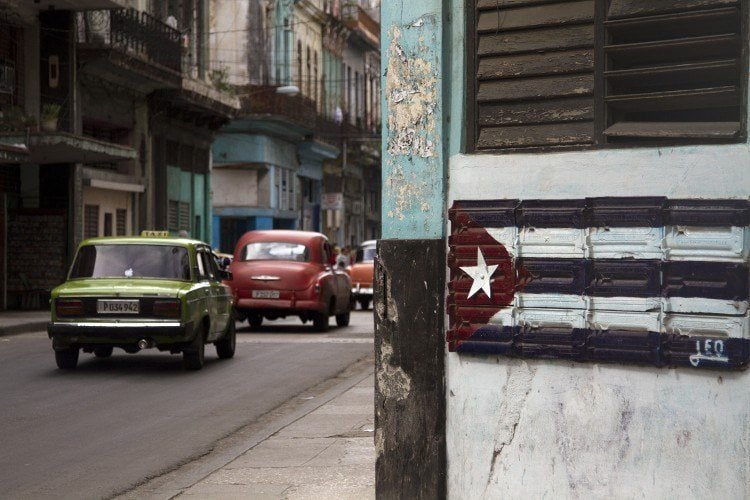 4. Taxis are Cheaper than Rickshaws

Rickshaws are everywhere in the bigger cities such as Havana and Trinidad, as are taxis – commonly in the form of old American cars. These have, of course, come to represent modern Cuba from an international point of view.

You can get around Havana in these super fun cars for a few CUCs a trip. Settle on a price before starting the journey (and don't forget to haggle!), which will count for all occupants inside the vehicle.

The bikers, however, will quote you a number and charge you it per person. So either haggle low or avoid them entirely.

I would always opt for the old American cars over the rickshaws, as they are about twenty million times more fun to travel around in any case.

5. Even a Small Amount of Spanish Will Help

I don't know any Spanish, and I regretted not getting even a little bit up to speed before arriving in the country.

Rest assured, you will be okay with minimal knowledge of the language (hola's, por favor's and gracias will go a long way). That being said, there were many moments when I kicked myself for not allocating even a few hours in the week's before our trip to get a bit of a grasp of Spanish before we set off.

I feel it would have saved us a bit of confusion in the long run and possibly some precious cash dollars too.

If you're embarking on travel to Cuba at some point in the near future – have fun and enjoy yourself! I wish you a stress and sickness-free holiday in this fascinating corner of the globe.

Great advice about visiting Cuba - especially about money. It seems a bit strange about the different forms of currency. Hopefully, that doesn't cause travelers problems.

Thank you for your comment, Mary. Luckily those who staff the CADECA's seem pretty diligent in divvying out the right currency to the right people. We had to specifically ask for local currency (which I'd definitely recommend, as it did come in handy. Three or four dollars worth should suffice).

Thanks for sharing- these are really good to know. Currently traveling Latin America with my friends. We were planning on ending up in Mexico but can't think of a better time to delay it and visit Cuba too! Thanks for helping with our research

I agree with the Spanish, I think if you don't know nothing at all it can be difficult at times. So use apps like Duolingo to learn something in advance. Luckily I didn't get sick when I was there. Another tip, if the viazul bus to other cities in Cuba are full, get a taxi. They just cost a couple of CUC more but they will bring you to and pick you up at your casa. Additionally they bring you faster from A to B. You do not even have to care about people coming with you to fill up the taxi. The taxistas will do that for you and put 4 people together in one car. That's easy traveling!

Thanks Stef, an excellent tip. We ended up catching a private taxi back to Havana from Trinidad. It only cost 5 CUCs more than the bus and was a much smoother and faster journey!