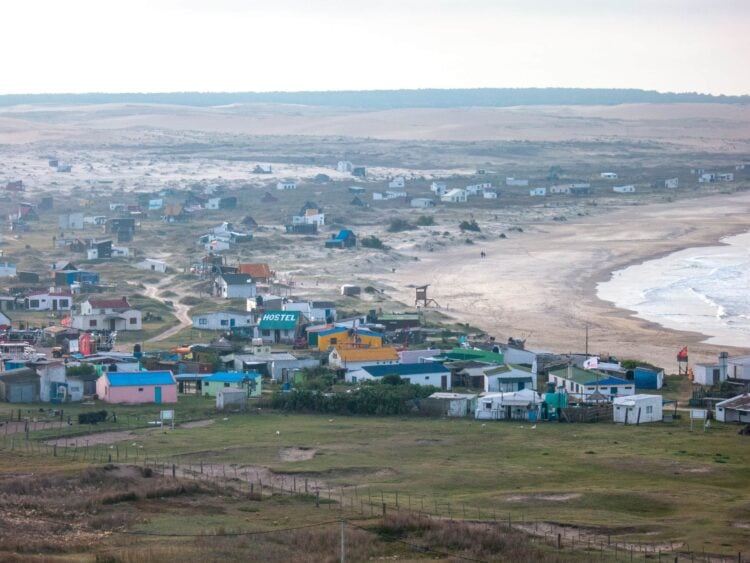 Cabo Polonio is a small fishing village, which, due to its idyllic setting, has become a popular Summer destination amongst hippies in Argentina and Brazil.

January is the peak of summer and the influx of visitors.

Almost overnight, this quiet seaside village becomes one of the most popular places in Uruguay.

February and March offer a good middle ground between the mayhem of January and the solitude of the winter months.

As word of mouth has spread, an increasing number of hostels and restaurants have been built.

However, the lighthouse remains the only building fed by a steady supply of outside electricity.

Surprisingly, you'll still see a few satellite dishes, and Internet access is available via the cell phone services (you'll need an Uruguayan SIM card and credit, or use of a USB stick which some hostels may allow you to borrow). 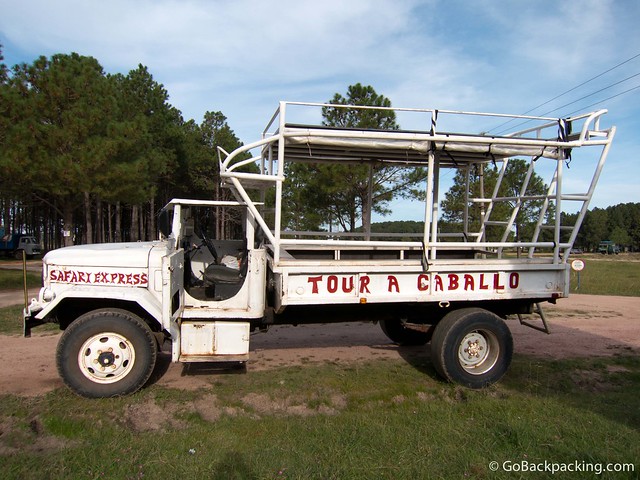 Flights from Buenos Aires are under an hour; however it's cheaper to take the ferry to Montevideo, and then hop on a bus.

Most visitors arrive in Cabo Polonio via bus, which usually requires a changeover in the nearby town of either Rocha, even closer, Castillos.

You may be required to switch buses in the beach town of Barra de Valizas, which is midway between Castillos and Cabo Polonio.

During the Summer months, you can also take SummerBus, a Hop-on Hop-off backpacker bus that serves 12 destinations along the coast, from Montevideo to Punta del Diablo.

Tickets can be purchased for the whole route ($75) or single trips, online or at your hostel.

Cabo Polonio is located about 7 km from the nearest paved road (Route 10) in a national park by the same name. It is only accessible via 4×4, on account of the sand.

Your bus will drop you off near the entrance to the park, and from there you can pay 170 pesos ($8.59) for a roundtrip ride on an enormous 4×4 truck.

If you choose to walk, allow two hours, especially if carrying a large backpack.

Getting Around Cabo Polonio

Walking is the easiest way to get around Cabo Polonio, as there are no roads. 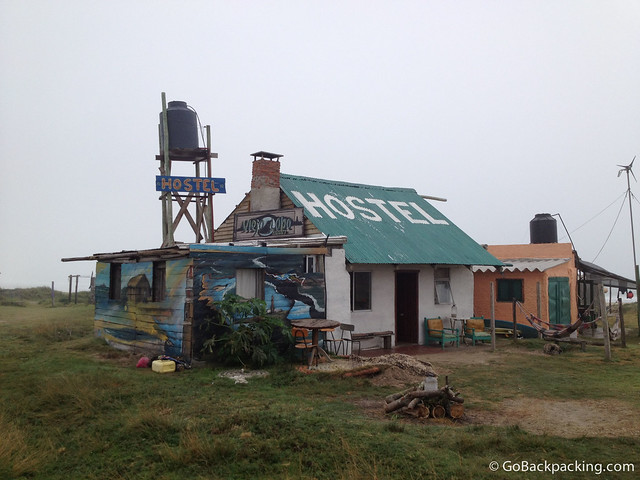 If you're visiting during Summer, and especially in January, make reservations in advance to ensure a bed.

Rates can be up to three times higher in January than the rest of the year, and even then, you may not find a bed when you arrive.

Two of the four hostels that say open year-round are listed below.

Small, rustic homes are available for rent in the Summer, but they don't include the amenities found in the hostels, such as running water (i.e. flush toilets).

Costs vary, but $150 per night is not unusual. It's more manageable if you're splitting the cost amongst several friends.

A sampling of rental properties can be found at CaboPolonio.com (click on Alquileres). It will help to know Spanish. 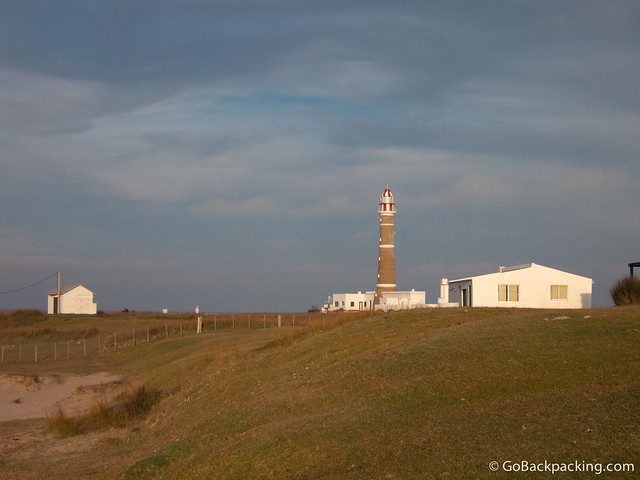 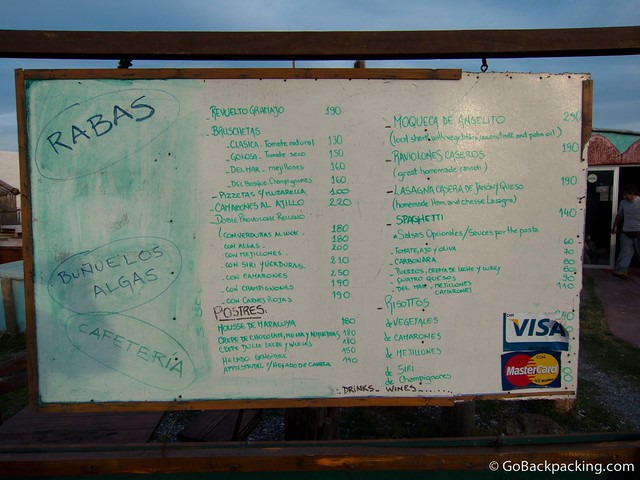 During the Summer, you'll have plenty of small restaurant options to choose from.

Outside of late December to March, you'll have to cook for yourself.

Cabo Polonio is the kind of beach town where a night out includes grabbing a beer at the convenience store and heading to the beach with friends to watch the sunset.

During the summer, I was told the nights can get crazy, as visitors drink, smoke, and run around doing what hippies like to do.

The rest of the year, it's a VERY chilled out place, and you'll hope there are a few other people in the hostel with which to share a beer, bottle of wine, and a few stories.

Bar de Joselo – Located a few paces from the bus dropoff in the village center, identifiable by the dense amount of plants around the house (and several dogs).

Open year-round, this bar is owned and run by a blind man, Joselo. It was featured on Anthony Bourdain's Uruguay episode of No Reservations.