This is a guest post by Aaron and Georgie. If you want to guest post on Go Backpacking, please read more here. 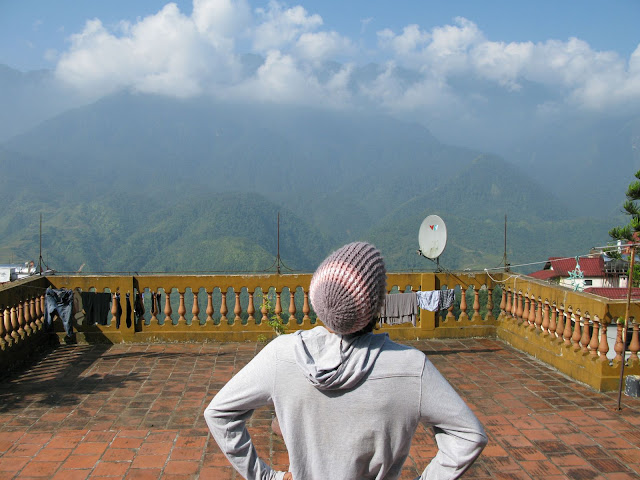 Taking in the view from Sapa, Vietnam

In August 2008 my partner and I (Georgina) were backpacking around northern Vietnam and stopped for a while in the beautiful mountain town of Sapa. Our budget room had the look and feel of an old alpine cottage with infinite views of the surrounding mountain scenery. We quickly realized we'd found something very special, one of the most romantic places we'd been on our travels so far.

While we sat on the balcony, drinking morning coffees and taking in the million dollar view (or seven as the case may be) the conversation turned to how we should fill our time in such a beautiful place, that's when cracks began to show.

Georgie had her heart set on a seven hour bus ride to a remote and rural weekend market in a town called Bac Ha, filled with visions of Flower H'mong hill-tribe people  – the ” real”? Vietnam maybe, Georgie was as keen as mustard. I on the other hand wasn't. I had already been dragged around every market in Southeast Asia, all I could think about were the practicalities of getting there, the poor roads and sweaty buses for seven long and bumpy hours. 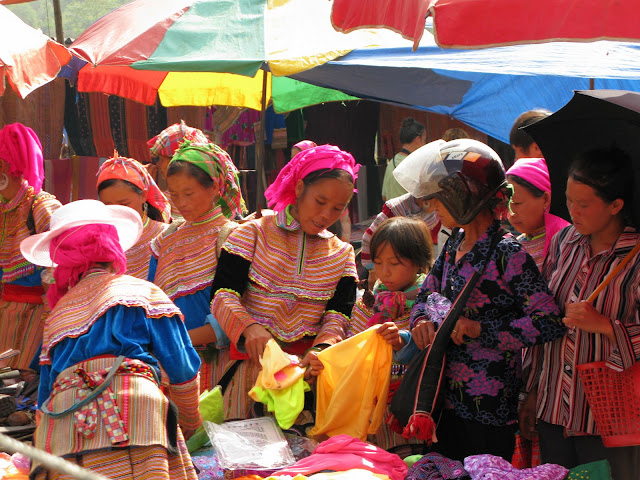 At that point in our idyllic mountain cabin, we realised the real issue had nothing to do with the market, it was something which had been simmering under the surface for weeks. Somehow we'd grown apart as lovers, constantly finding ourselves in intense situations and always being around each other. We had become better friends than we could've ever hoped but with all the highs and lows that come with traveling foreign and unfamiliar places we'd forgotten to make time just for us.

The problem was that we didn't adapt our relationship the same way we had to adapt every other aspect of our lives. Romantic moments on perfect beaches and going out for candle lit dinners soon became the norm. More than that, they became part of our every day life. It was naive to think that our relationship would take care of itself while we took care of having the time of our lives.

When traveling as a couple it's important to remember there are three agendas, not two. His, Hers and Theirs. We had to treat our relationship like a third person that has a third set of needs, not get an extra bed put in the room or carry a third backpack but make time for it during the day. Even the environment can come between a relationship while traveling – dirty rooms, travel sickness, tropical heat, single beds, cultural taboos and the sometimes lack of personal hygiene all redefine a relationship but it's ignorance to this which causes friction. 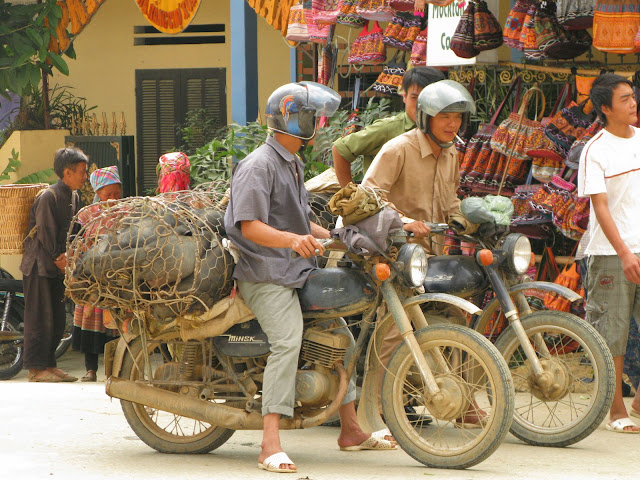 We calmed down and soon saw that it was just something we simply hadn't prepared for that had gotten carried away. We'd managed to fit everything we'd need for our trip into our backpacks and assumed our relationship would slot neatly in there too. In the end I gave in, we went to Bac Ha and I loved it. That's how we do things these days, if one of us wants to do something then we both do it, no questions or compromises and no moaning. Everyone needs a push to do something they wouldn't normally do sometimes, after all aren't new places, new people and experiences what traveling is really about.

We have been traveling the world for over two years now, we've seen things that neither of us will ever forget. We have lived our dream! It's been a constant learning curve but traveling as a couple has only improved both our experiences. It means we don't just have pictures of beaches and temples, but of each other – in these beautiful places, we have the luxury of being able to talk our way into a solution rather than worry about a problem.

Nothing gives meaning to a moment or a place like being able to share it with someone you love.
______

About the Author: Aaron and Georgie have been traveling the world since April 2008. We sold everything so we could backpack around the world on a budget and we share it all on our travel site http://Happytimeblog.co.uk …Mucho Mucho LOVE Come Join In (@happytimeblog on Twitter)

I think your story can be applied to how people approach marriage as well. Some couples forget that adjustment and work is necessary to ensure both parties are happy. Really nice post.

Must have skills in the following: SEO, PR, Social Media, and video editing. Having a huge following on Digg is a plus.

I think your story can be applied to how people approach marriage as well. Some couples forget that adjustment and work is necessary to ensure both parties are happy. Really nice post.

Must have skills in the following: SEO, PR, Social Media, and video editing. Having a huge following on Digg is a plus.