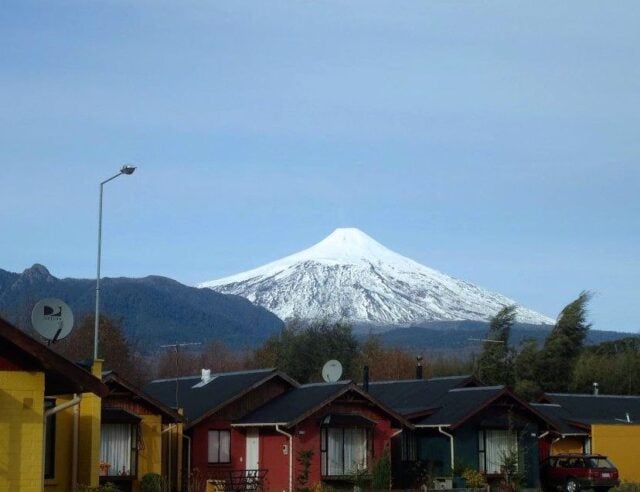 A view of Volcán Villarrica from Pucón

Editor's note: Volcán Villarrica erupted in the early morning of the day this story posted. The volcano's last major eruption was in 1985, according to Chile's Ministry of Mining, with a few smaller ones since then.

It started almost three years ago in Mendoza, Argentina, when I took the quick bus ride south to the town of Maipú to rent a bicycle and do a wine tasting tour.

I met these American students on the bus, and they invited me to have some drinks that night. While we were out, they convinced me to go to Chile.

They were studying there, in Valparaíso, and they told me how beautiful it is, how I should go to Santiago and then take the one-hour bus ride to their city.

Two days later I took the scenic ride from Mendoza to Santiago.

I went to Valparaíso, including a stop in Viña del Mar as well, but I never saw them. It just didn't work out that way.

I ended up climbing an active volcano instead. 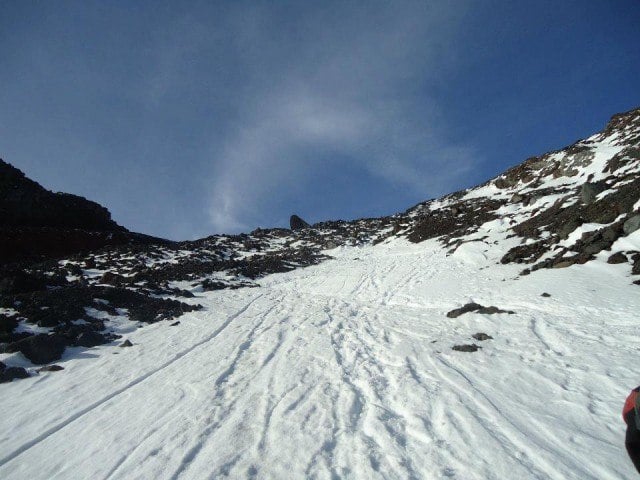 It's daunting when this is what you see ahead of you.

At my hostel in Santiago, I met Monique, a Brazilian girl who told me about Pucón, a lakeside town about four hours south of the capital. She said she was going there to climb a volcano, Volcán Villarrica (2,860m or 9,380ft).

My eyes lit up. I want to climb an effing volcano!

Off we went to Pucón, our mission ahead of us, a challenge we both underestimated.

We went to the tour agency upon arrival, one of the many in town, although the name escapes me. I just know we paid a lot for the excursion. I don't remember exactly how much but a Google search showed me that today the trip costs 45,000 Chilean pesos (about $72 by today's exchange rates).

We had to wake up early the next morning, around 5 or so, and the van was at the hostel to pick us up at 6 sharp.

We headed to the tour agency office where we all got fitted for our winter wear and gear. It was already early June. There was snow up there, ice even, and there was no guarantee more would not fall from the skies as we made the climb. 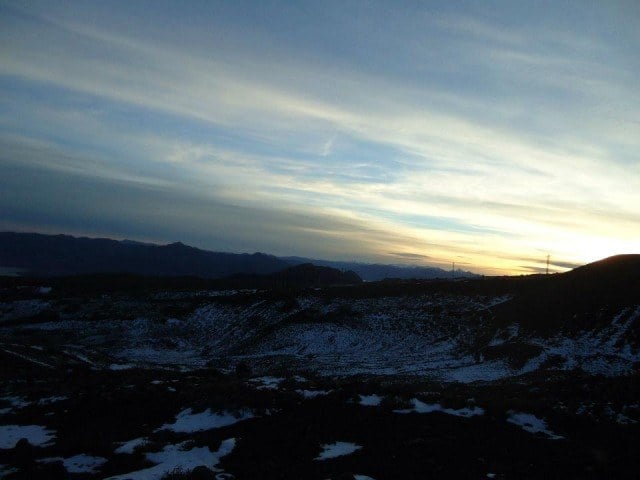 We were ready to climb, bright and early.

I didn't know, until we arrived at the base of the volcano, that it was active.

I was a little nervous as we made the first part of the climb when I saw the remnants of a ski resort, most of it burned by lava. Great, I thought. Villarrica might murder me.

I thought about quitting the climb, but I couldn't do it. I had to continue, had to find out if I could make it, if I still had enough endurance, at almost 33 years old, to make it to the summit. It would be almost like a dream come true to turn back the clock like that because no matter how athletic we are, eventually, time always wins.

There were 25 of us in our group, 27 counting the guides. We trekked uphill for about two hours then took a break, a chance to recharge because the climb was about to get a lot tougher. There would be no more dirt. Under our feet would be only snow from here on out.

The guides said we had about four hours to go.

I was already a little tired, some of the other climbers even more so, and I started to believe that we wouldn't all reach the top of the mountain.

We trudged through the slushy snow another hour, and some people began to give up. I started to think about it, to wonder how much longer I could do this. I felt like I was standing on a giant Slurpee, slipping here and there, like Happy Gilmore on ice skates.

I refused to quit. As my friend Pedro always tells me, “You're living the dream.”

Another hour passed; more people left the group, including Monique. We were down to about a dozen, and I was down to the last of my energy. 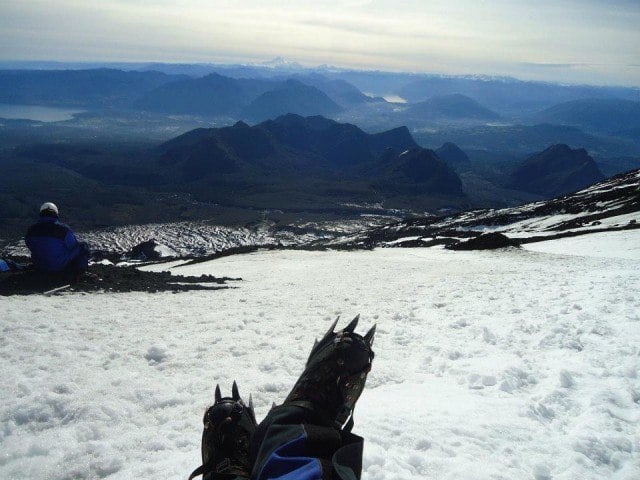 We took almost a half-dozen much-needed breaks during the climb.

We must have been at 8,000 feet or so by then. The air was starting to get thinner, and the snow was getting icier.

The conditions got so much worse that by the time another hour passed, the group was down to four…

The incline was so steep by now; we could not climb in a straight line. We had to zig-zag, and even that was hard. By this time, I had forgotten that the volcano was active.

There was so much damn ice, and I began to wonder if I would just give up, like one of the characters in “The Grey,” who just falls to the wild wolves below.

There were no rabid animals awaiting my demise, but the thought of tumbling down the mountain and hoping for the best began to cross my mind repeatedly. I even asked the guide if there was any way to turn back, and he got a bit angry.

“Screw it!” I thought. “I'm gonna make this mountain my bitch!”

I kept saying one thing in my head, over and over, to keep the dream alive:

I was thinking about the dinner scene. Amazing how the most trivial things sometimes help us through tough times. 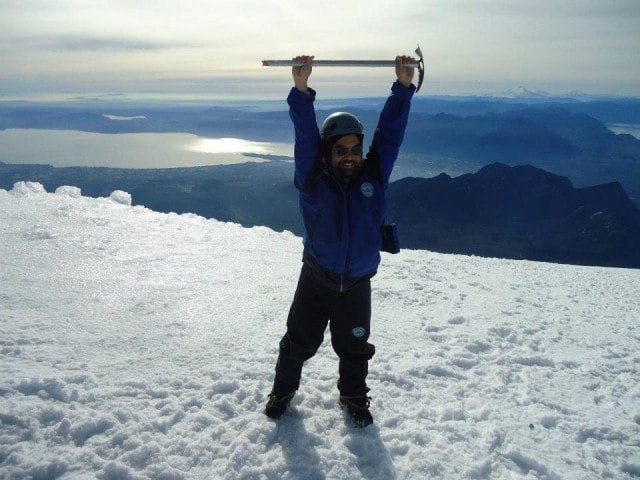 I felt like I was on top of the world.

About 20 minutes later, I was standing on flat land. I reached the summit.

I took a few minutes to catch my breath, and looked down into the crater, and saw the steam rising and knew lava was somewhere not too far away.

Then I looked down at the lake, at the water that looked like glass and the last of the day's sun glinting off the surface, a twinkle much like the one I'm sure I had in my eyes. I felt so much satisfaction and relief, but more relief, that sweet, sweet relief.

“Good job,” the guide told me, then he took my picture.

Going downhill was much easier.

We each had a flat board as part of our gear, and we rode the snow like luge runners until we crashed and tumbled, then got on the board again until we made it to the bottom.

I had just enough energy to eat and shower when I got back to the hostel, and barely that.

As soon as my head hit the pillow I melted into a deep sleep. I did not dream about Villarrica that night, but sometimes I do.

That had to be an amazing experience. Crazy how the other day the volcano in Villarica erupted.

Wow! Looks like you had an incredible adventure! Well done Ryan ;-)

I really fancied doing this but decided that crisscrossing between Argentina and Chile on my way to Patagonia was starting to become too expensive! I regret it now!