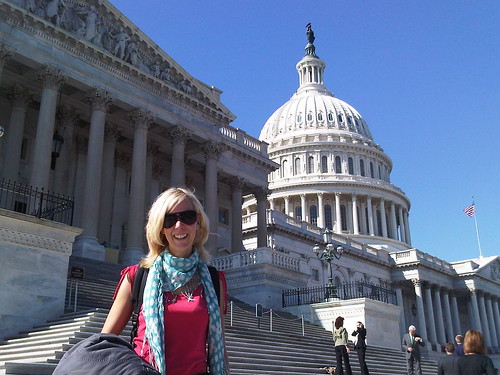 I learned a valuable lesson in Colombia earlier this year – when you stay put, it's only a matter of time before other world wanderers visit your neck of the woods.

Of course, it helps to live near a major city, and in my case, that city is the US capitol of Washington, DC. 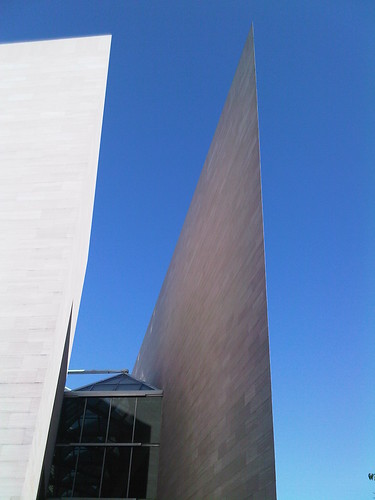 Vanessa and I met Christmas Eve 2007 when we arrived in Queenstown via the same Stray bus.

A few days later, we exchanged e-mail addresses as so often is the case and stayed loosely in touch via Facebook.

I skipped visiting her in Germany this past January, in part, due to the cold winter weather.

A few weeks ago I received a message that she would be visiting Washington, so I offered to play tour guide.

I took the metro to the Eastern Market station and walked to William Penn House, her Quaker-run hostel located on Capitol Hill.

When I later joked about her hostel being run by Quakers, I realized she had no idea it was a religious group.

We set off down East Capitol Street, our first stop being the Supreme Court building.

A few cameras were set up and a local homeless person was across the street yelling his objections to something or other.

I mentioned it was the first day of the Court's new session and this was a popular place for rallies to gain attention.

Next, we walked across the street toward the Capitol Building. There is a newly-opened, underground visitor's center, however, the day was so beautiful, neither of us was inclined to go inside.

Vanessa liked the sunlight, and I can never get enough of the white Washington buildings and monuments set against cloudless blue skies.

We walked around the Capitol Building and down to the Mall, passing our first monument of a General on a horse.

Vanessa highlighted men on horseback as a popular theme in America (she had previously visited Boston).

Such an observation is exactly the kind I so often make in other countries.  For example, noticing the ubiquitous Chairman Mao statues in China.

I showed her the optical illusion at the National Gallery of Art's East Building, where if you stand at the right spot, it appears as though part of the building is only two dimensional like a piece of paper.

In the past, you could walk right up to the building to see it, but someone recently decided to plant shrubbery in front, thus distancing tourists from that particular corner. 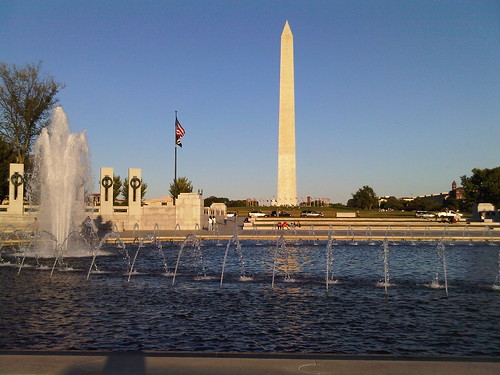 We continued westward, through the Sculpture Garden, set across the street from the National Archives.

I suggested we take a look at the original copy of the Constitution and Declaration of Independence, the perfect excuse to get my bald head out of the sun for a bit.

When I visited as a kid, you could walk straight up the front stairs, through the big doors, and into the open rotunda.

These days, the front doors are closed for security reasons.  There is a street-level entrance with metal detectors and scanners sensitive enough to pick up the foil wrapping of my gum.

Next, we swung by the White House for photos, and then up to the Washington Monument for 360-degree views of The Mall.

We walked through the World War II Memorial, and then past the always somber Vietnam Memorial. It was here that I had to conclude my portion of the tour as I had an evening activity to attend.

World of Coke? That sounds intriguing! Wonder where Pepsi is situated? I think CNN would be cool.

Thanks! The Memorial photo was taken as the sun was going down. I continue to be impressed with the quality of the BB Curve camera.

World of Coke? That sounds intriguing! Wonder where Pepsi is situated? I think CNN would be cool.

Thanks! The Memorial photo was taken as the sun was going down. I continue to be impressed with the quality of the BB Curve camera.

I spent four years living in Atlanta and I made it to world of coke, cnn and the aquarium once each- all with out of town guests (only cnn was worth it). Never got out to see Stone Mountain though...