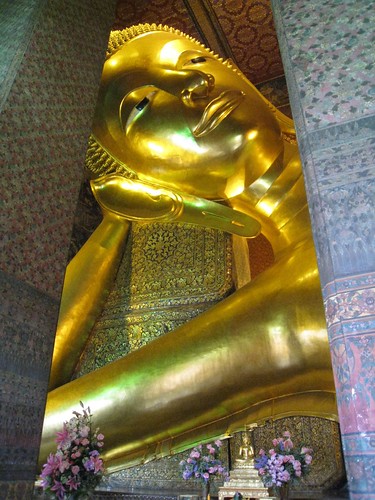 I knew Buddha burnout was an occupational risk of delving into the world of Buddhist culture as early as Hong Kong, yet Wat Pho (wat=temple-monastery) held the 46-meter reclining Buddha I think was featured in and early scene from ” The Beach,”? or at least a photo from the back sleeve of the movie soundtrack's CD which I'd been using to motivate me for years and carrying around with me for the last 7 months.

Soon after deciding to save for a trip around the world, I taped it up in my apartment where I could see it every day.  Besides the track listing, there was a photo of the three main characters right before they swim to the secret island, and the giant golden reclining Buddha with Mr. DiCaprio leaning against the legs.  Whether or not it was the same Buddha didn't matter to me at that point.  I felt like taking my CD insert there was a final vindication of my master plan.  I did it, and still had many more months to keep living the dream. 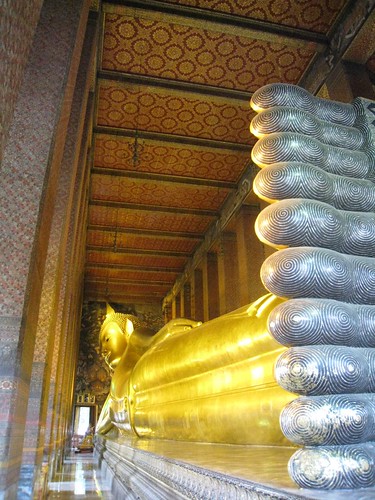 PS – I'm still carrying around that insert.  Makes for a nice bookmark!